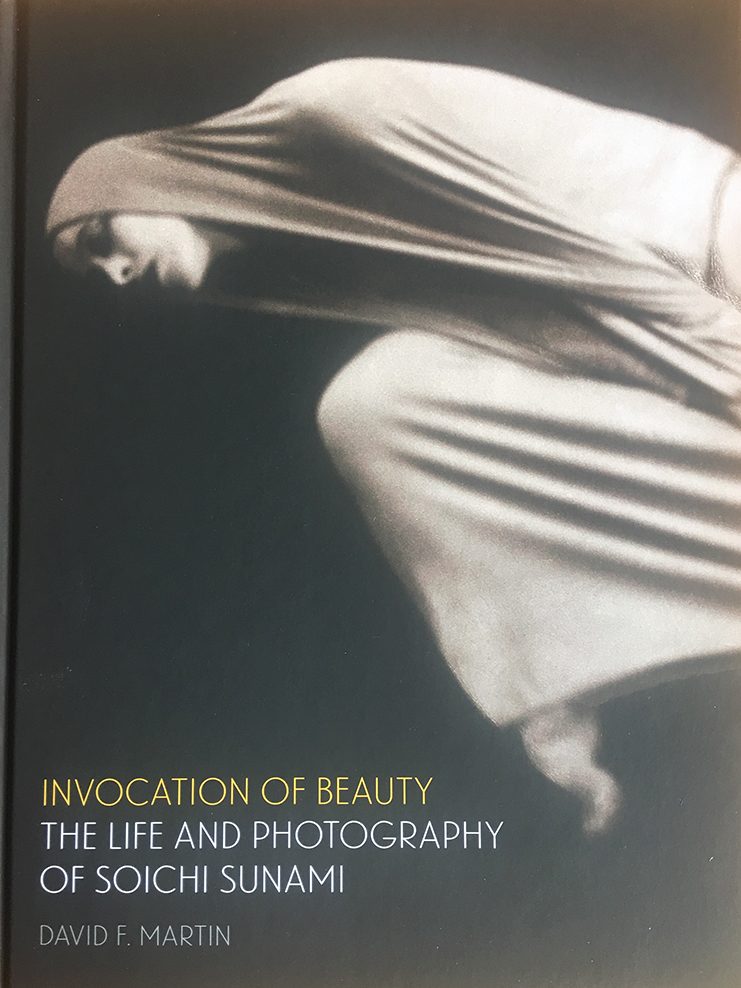 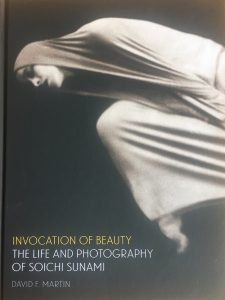 “Just the best photographer who ever lived!” was the startling answer that changed the reputation of a pioneer, but forgotten, master artist. When author David F. Martin was researching the 1920s history of the Seattle Camera Club, Soichi Sunami’s name came up in a conversation with New York painter Anne Kutka McCosh, who personally knew many of the members. Not a woman to mince words, “None were as good as Sunami,” she said with her pointed delivery. Naturally, Martin asked, “Who is Sunami?”

Invocation of Beauty: The Life and Photography of Soichi Sunami by David F. Martin answers that question and finally gives the past due and deserved recognition to this forgotten artist. Published in conjunction with the first major retrospective of his work at the Cascadia Art Museum in 2018-2019, this publication not only showcases just how innovative and original his photographs were, but also just how beautiful.

The first section devoted to the life and times of Soichi Sunami is expectedly solid. Most admirably is the author’s fine choice of images and illustrations, which both inform and enhance the Sunami’s story, as well as visually establish the era. These assure that the reader is well prepared to appreciate the plates that follow.

Thankfully, the photographs themselves are allowed to tell the story, with more than half of the book’s 160 pages being generously dedicated to plates only. The reproduction and the quality of the paper allow the images to shine as originally intended. Subtle warm monochrome tints of some of the originals are preserved, as are the stark black and white ones of others.  Some of his paintings are included, and these give a window to his creative mind.

Born in 1885 in Okayama, Japan, Soichi Sunami immigrated to the U.S. and soon settled in Seattle. Initially intending to be a painter, his interest in photography grew, and he eventually apprenticed with Ella McBride’s photography studio around 1918. In addition to McBride, Seattle during this era was awash with photographic energy and talent, with Edward Curtis, Wayne Albee and Japanese immigrant photographer Frank Asakichi Kunishige.

In addition to being rich in photographic talent, Seattle’s emerging music and dance culture was quickly emerging at the Cornish school at the time, and world class dancers came through the city. Sunami’s connection with this community yielded incredible collaborations, and he established a well-deserved reputation as a dance photographer. Especially notable are his photographs of a young Martha Graham and other dancers, many of whose images are included in Invocation of Beauty.

These dance photographs reveal the artistic collaboration between photographer and dancer. The bold costumes and unconventional poses of that era’s avant garde are vividly enhanced with the dance of light and shadow that Sunami brought to the finished images.

The time Sunami was most active was an extraordinary era of innovation. Photographers reveled in new techniques and invention; artificial lighting was introduced for the first time to dramatic effect and with no rules to hinder them, a new visual language was formed. That language in portraiture would be later codified in Hollywood to stagnate perfection in the 1940s, but prior to that, the visual world was an open game played best by earlier innovators.

In his portraits, Sunami artfully used both harsh and soft light, deep shadows, intentionally limited focus and blur, and other visual elements to create both strong and subtle moods and meaning. Otherwise formulaic formal studio portraits were transformed in his hands into images quite unique.

His training in painting served him well, as seen in his early landscape photographs (circa 1916-1920) of the Northwest. “Pictorialism” was an early photographic style most commonly associated with the early photographs of Alfred Stieglitz and also with Sunami, so the older master’s influence is expectedly apparent. However, because Sunami’s images go beyond mere imitation, they reflect an emerging artist.

His move to New York in 1930 and his subsequent employment at the Museum of Modern Art provided stable employment and protection from the Japanese Internment of WWII, but did not offer many creative opportunities for his photography. It is for this reason his reputation was sealed with his photographs largely prior to his move, and the bulk of the images in Invocation of Beauty are from this era. Sadly, as years passed and tastes changed, his creative vision was not fully appreciated.

Although Sunami’s photographs do not have the technical wizardry and sharp clarity of later black and white photographs, what they lack is more than overcome with a range of originality, much like the way that the best of the black and white movie classics have over later color films.

On the whole, Invocation of Beauty: The Life and Photography of Soichi Sunami is wonderfully executed with its gorgeous printing and presentation. Was Soichi Sunami “just the best photographer who ever lived?” At the very least, everyone will have the best evidence in hand to argue whether hyperbole meets reality with this superb release from UW Press.