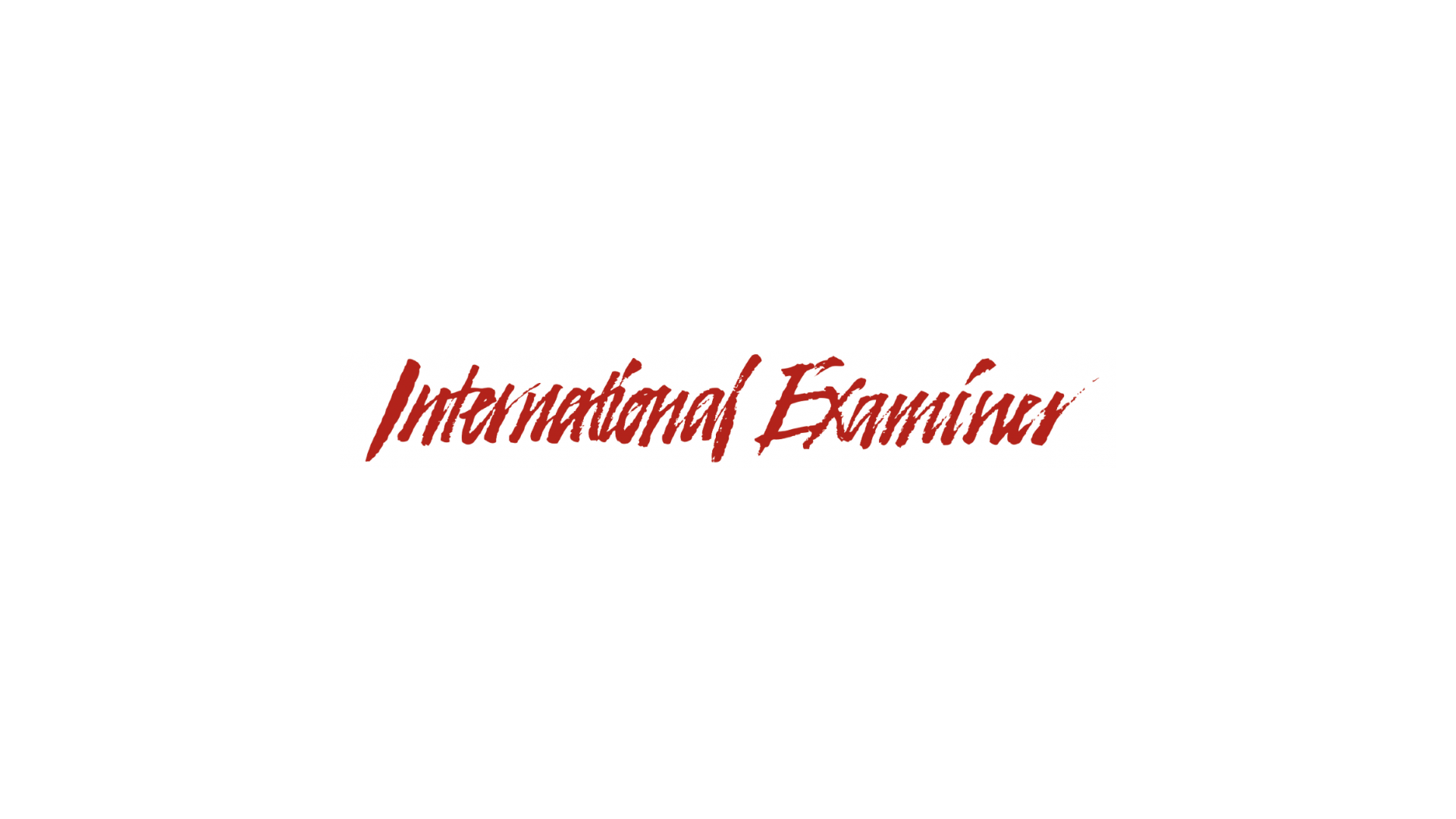 Each year, as the only nonprofit pan-Asian Pacific Islander (API) newspaper in the United States, the International Examiner publicly honors API leaders who inspire and provide incredible service to our communities. We cordially invite you to the 2017 Community Voice Awards dinner celebrating the achievements of local community leaders. This year, our annual benefit dinner and fundraiser will be held on Thursday, September 21, 2017 from 5:30 p.m. to 8:30 p.m. at Joyale Seafood Restaurant in the International District.

We are excited to announce our 2017 CVA Honorees: 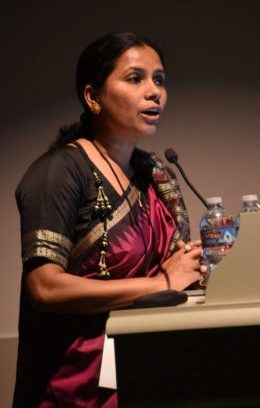 As a filmmaker and one of the founders of Tasveer for more than 15 years, Rita Meher works to strengthen communities and dispel negative perceptions of South Asians by curating thought-provoking events in a post-9/11 world. Through Tasveer, she brings greater understanding on commonly misunderstood issues in South Asian countries, creates a strong platform for marginalized voices and sparks dialogue on taboo issues among local South Asian communities. Tasveer’s mission is to inspire social change through thought-provoking South Asian films, art, and storytelling.

Before diving full-time into Tasveer in 2012, she worked as a freelance video producer and editor in various local TV stations. Meher edited the award-winning Bangladeshi documentary THREADS and made her first short film, CITIZENSHIP101, based on her own immigrant experience.  She was named Seattle Globalist of the Year in 2015, and a Rising Star by Northwest Asian Weekly. Meher was born and brought up in India, and lived in Japan for 4 years. She is fluent in Hindi, Odiya, and Japanese.

Lynette Suliana Sikahema Finau was raised in Mesa, Arizona after her family’s immigration from the Island Kingdom of Tonga as a young child. She started college at Brigham Young University but graduated with a Bachelor’s Degree in Interdisciplinary Studies on Culture, Literature & the Arts from UW. She has a dual Master’s Degree in Education and in Leadership & Change and is currently a PhD Candidate at Antioch University’s PhD in Leadership & Change Program. With teaching endorsements in English Composition, Literature and History, Lynette is the only Tongan and one of very few certificated Pacific Islander teachers in WA State. She’s taught in the Marysville and Tukwila school districts and is currently an English teacher at Spanaway Lake High School in the Bethel School District.

Recognizing the expansion of globalism and ethnic diversity of students in the classroom yet the teaching force not keeping up with the trend, Lynette is conducting empirical research on “Reflective Leadership and the persistent discrepancies in the racial and ethnic composition of the student body and the teaching force” as her dissertation. It is designed with the intention to help increase the number of teachers of color as an essential component toward closing the opportunity gap. Appointed by Governor Jay Inslee in 2013, Lynette is currently serving a second term as a Board Commissioner for Washington State’s Commission on Asian Pacific American Affairs (CAPAA) to assist in creating a culture where full participation and social equality of Asian Americans and Pacific Islanders are achievable.

Sameth Mell is a Cambodian American cultural strategist, activist, and a practitioner of social justice. Mell was born in a refugee camp on the borders between Cambodia and Thailand. His family escaped the Khmer Rouge regime and was sponsored to Seattle in the mid 1980’s. Growing up in a single-parent household, impacted by war and struggling with PTSD and secondary trauma, he sought to reconcile his identity by marrying the passion he has for community/organizational development and arts with policy impact through his work.

Mell currently works full-time at Mt. Baker Housing Association; advocates on legislative issues with Coalition of Immigrants, Refugees and Communities of Color (CIRCC); and leads RAJANA Society, an Arts & Civics project focusing on civic engagement and bridging cultural divides with the Cambodian Diaspora. He serves on the board for Seattle Sihanoukville Sister City Association, is a Co-Chair of the Financial Education Partners Network of Seattle/King County, and is the youngest of 13 members appointed to serve on the newly-formed King County Immigrant and Refugee Taskforce. Mell is also a steering member of the HDC Recruiting Diversity Taskforce, working to increase diversity in the housing industry.

Joan Yoshitomi retired in 2006 after working in the public sector for more than 24 years. She has served in the education field for the Renton and Seattle School districts, and the Washington State Department of Education. Before retiring, Yoshitomi was Director of Operations of policy and fiscal analysts for education reform and legislative liaison for the Office of Superintendent of Public Instruction (OSPI). During this time, she managed $13 million in After School Program Federal Grants, as well as a $650,000 WA State grant to fund comprehensive cultural competence and anti-bias education programs for educators and students.

Yoshitomi has been a passionate advocate for civic engagement and representation throughout her career, helping numerous candidates prepare to run for office. She was first involved with electing former State Senator Jim McDermott because of his progressive stance on education and health care issues. Yoshitomi later served as Chief of Staff for former King County Executive Gary Locke.  Currently, Yoshitomi is active in the community as the Co-Chair of the National Board of The Center for Asian and Pacific American Women. 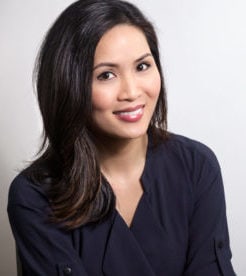 Diem Ly is the Director of Community Investment for Comcast NBCUniversal, focusing on corporate philanthropy, diversity and inclusion, and public relations across Washington State. Ly has 10 years of experience working in community relations, journalism and media, and social justice issues. She serves on the board of directors for the Asian Counseling and Referral Service (ACRS), the Urban League of Metropolitan Seattle (ULMS), and Seattle Goodwill.

Prior to her current role, she worked as first an Assistant Editor then Editor in Chief of the International Examiner from 2007-2012; as a Morning News Writer for Northwest Cable News; and a PTSD researcher for the Veterans Affairs of Puget Sound. Ly graduated from the University of Washington with a Bachelors of Science degree, studying neuroscience and psychology.

Amerigroup Washington leads the way in building meaningful relationships in the community and creating extra services to improve health care for our members. We call this approach “whole person care.” Over the past 5 years, we are proud to serve over 150,000 members receiving Washington Apple Health Medicaid benefits.

We believe healthcare only starts with the best doctors but to really improve health outcomes we have to invest in addressing social determinants of health. We have to be innovative. We work closely with local organizations to address;  housing and homelessness, education, supportive employment, behavioral and emotional health, food insecurity, social justice….and more. These things are not separate and apart. These are real challenges many of our members face every day.

We will continue to invest in our diverse communities and do our very best to make Washington happy and healthy for everyone.

To purchase tickets to the 2017 CVA dinner, click here.

To sponsor the CVA or advertise in the CVA program, contact Community Relations Manager Lexi Potter.