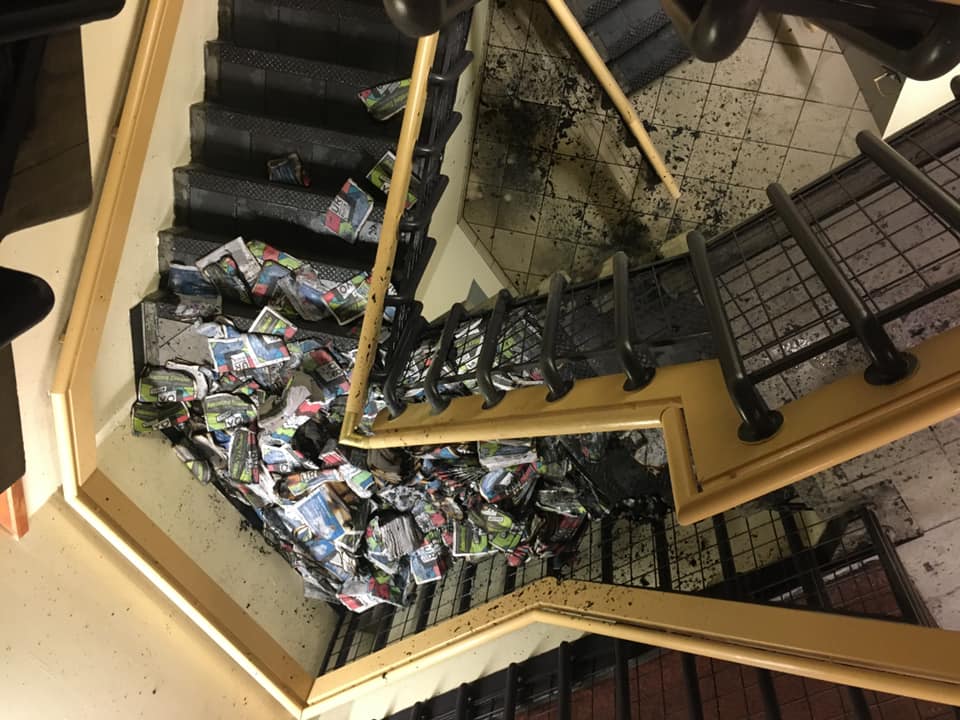 No one was injured after a fire caused damage in the lobby of the Bush Hotel on December 2. The Fire Department responded around 5:30 p.m. Fire Department Investigators found the fire was intentionally set, and notified the Police Department, according to a department spokesperson.

The Fire Department estimated the fire caused a loss of $300 dollars.

The fire damage did not seem extensive, and was mostly smoke damage, according to Bush Hotel management.

Dev Kabanela took a break from working late in the Bush Hotel building to run errands in the neighborhood. When he returned, there was a heavy smoke smell, stairs in the building lobby were blackened.