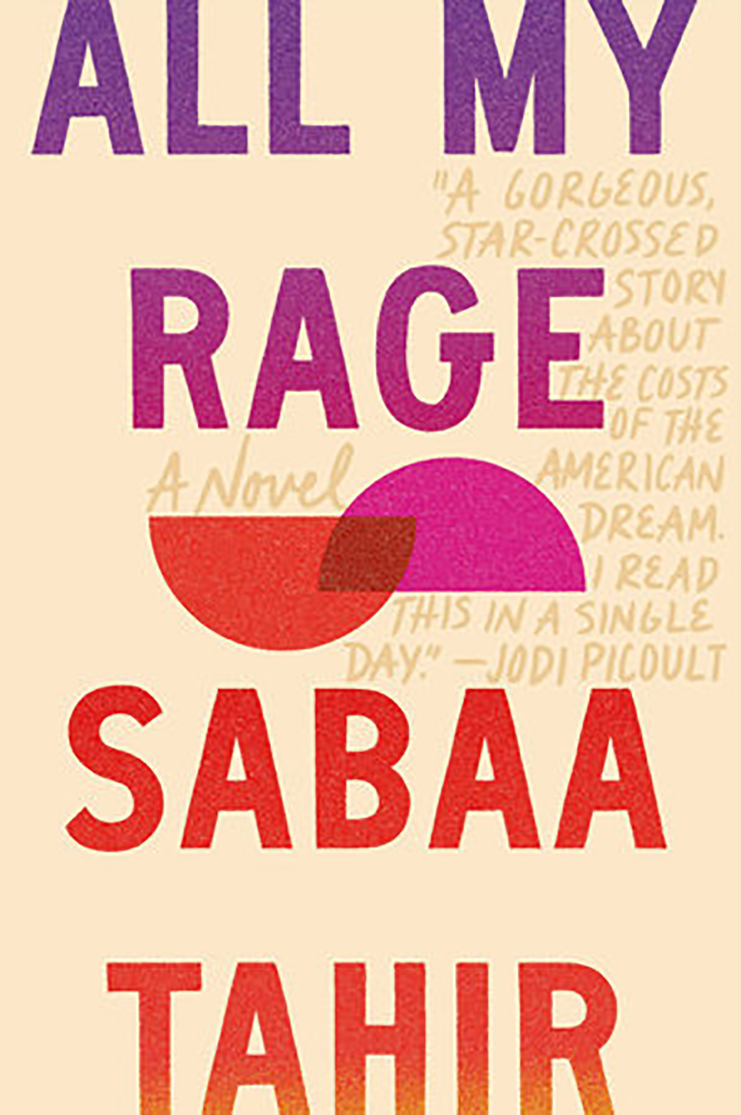 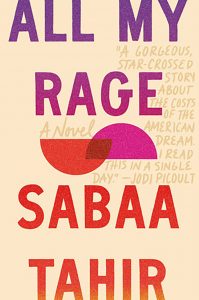 Sabaa Tahir is well-known to fans of her fantasy quartet An Ember in the Ashes which has garnered many prizes and much acclaim since its publication in 2015. All My Rage is a realist teen novel that centers on two young Pakistani Americans in Juniper, CA, a small town in the desert with a military base as its major economic center. This compelling novel examines violence, rage and grief – strong emotions that shape so many young people’s lives. By focusing on young Pakistani American protagonists, the narrative emphasizes how failed dreams of immigrant success, family trauma, racism and poverty fuel rage and violence.

Salahuddin’s parents run a dilapidated motel optimistically named The Cloud’s Rest Motel, and Noor is an orphan being raised by her uncle, Riaz, who owns a liquor store. Salahuddin’s mother is dying of kidney disease because she does not have insurance and cannot afford the necessary treatment, and his father is an alcoholic. Noor’s parents died in an earthquake in Quetta when she was six years old, and she is the sole survivor of that disaster. Her uncle digs her out of the rubble, adopts her, and brings her to America. To provide for them, he gives up his education and academic aspirations and opens a liquor store. He disappointment and rage at his circumstances leads him to abuse both Noor and his wife, Brooke. He rejects all things Pakistani—culture, food, religion.

Noor’s solace and source of cultural understanding is Misbah, Salahuddin’s mother who treats her like the daughter she never had. Riaz refuses to support Noor’s academic ambitions of going to college and sees her future as managing the liquor store so he can finally go to college. She becomes desperate to leave her abusive life and get out of Juniper and works stealthily to pursue her dreams.

Salahuddin’s father comes from a family where alcoholism is a serious issue and at the heart of family dysfunction. Eventually, the father becomes an alcoholic as well. He struggles to cope with life in the United States and its attendant challenges including his deep grief over Salahuddin’s childhood trauma.

The two teens, Salahuddin and Noor, find each other as two wounded and traumatized children who understand one another. They begin to develop romantic feelings and as is common in YA plot, their emotions complicate the friendship. Additionally, they deal with rampant Islamophobia in their school, poverty, and drugs endemic to an underfunded public school system. Music is Noor’s escape while writing gives Salahuddin solace.

When Salahuddin’s mother Misbah dies, Noor and Salahuddin’s life takes an even more difficult turn. Both lose the woman who had been the anchor in their life, and they begin making poor decisions. When they find themselves in trouble with the law, the local Imam and his wife step in to help them, and as is conventional in YA fiction, their narrative has a romantic and hopeful ending.

Tahir is an excellent storyteller who balances the conventionality of the YA narrative structure with the harsh realities of addiction, domestic violence and sexual abuse. Her characters are compassionately drawn, and she balances the hardships of the teens’ lives with the portrayal of adults like the Imam, his wife Khadijah, and Misbah who mentor and support them. The narrative arc that moves from despair to hope and resilience is one that will resonate with its intended young audience.

This novel offers an important shift from the glitzy suburban world of model minority South Asians that has gained attention recently in YA fiction. Its focus on working class Pakistani Americans living in small town California emphasizes the heterogeneity of South Asian immigrant experiences.