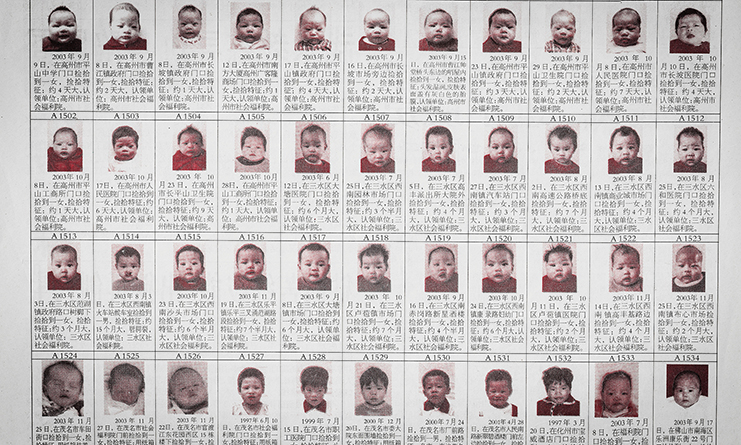 Home Arts In the documentary One Child Nation, director Nanfu Wang examines this dark...
Facebook
Twitter
WhatsApp
ReddIt
Linkedin
Print
Pinterest
Documentary filmmakers Nanfu Wang (whose 2016 debut Hooligan Sparrow made the Oscar shortlist for Feature Length Documentary) and Jialing Zhang return with a searing look at China’s One Child Policy. A recent mother now based in New York, Wang returns to her provincial hometown to interview members of the community – including her own family – about how the policy shaped their lives and continues to affect them.
In 1979 the Chinese government, terrified of impending overpopulation and consequent threat of starvation, enacted the infamous policy limiting families to one child. (Families in rural areas, such as Wang’s hometown, were allowed to have two provided that the siblings were five years apart). Three years later, the policy was written into the Chinese constitution, where it remained until its abolishment in 2015.
Born in 1985, Wang recalls being inundated with propaganda supporting single child families; indoctrination began early, and only as an adult who has spent considerable time outside China does she realize now how pervasive and corrosive the party’s agenda could be. Starting with her close family – mother, brother, grandfather and aunts, Wang’s probing questions and the candid responses they elicit (sometimes reluctantly) paint a bleak, almost apocalyptic portrait of what life was like at the height of the policy’s enforcement. Multiple relatives speak of seeing abandoned babies (always girls, who are valued less in patriarchal Chinese society) in public areas, dead from starvation and sun exposure, maggots crawling over their bodies.
It becomes even more nightmarish when the filmmakers shift focus to those who worked directly for the government. The town’s former party leader and the midwife who helped birth Wang and her brother both attest to the thousands of forced sterilizations and abortions that occurred, as well as the confiscation of property and demolition of homes when families refused to comply. Regarding forced sterilization, the midwife recalls how women were abducted, tied up and “brought to us like pigs.”
One Child Nation is not for the faint of heart, containing graphic images and accounts of gross human rights abuses. As harrowing as it is for the average audience member, one can only imagine how fraught the creative process must have been for Wang, examining this dark chapter of China’s history through the personal lens of her own family.
The directors broaden their scope as the film progresses, taking time to examine the ramifications of China’s implementation of international adoption in the early 1990s, which led to human trafficking and considerable fraud and corruption on the government’s part. Not to mention the toll it has taken on the children affected and their birth and adoptive families.
Two themes persist throughout, one being generational differences. The filmmakers and the entire Chinese crew were all born under the policy, yet have a much different view of it than their elders. Across the board, we hear variations of “I had no choice,” in reference to unsavory actions taken in decades past; it’s practically Orwellian. Wang’s own mother says that without the one-child policy China would have resorted to cannibalism by now. The other, more unfortunate, theme is the value of girls versus boys, and by proxy women versus men, in Chinese society. The policy may not exist anymore but the patriarchy remains.