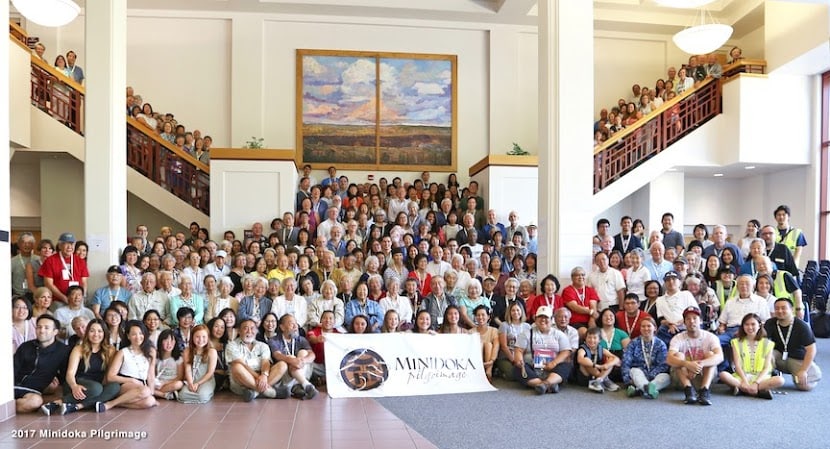 Many thanks for your outpouring of love, messages, meals, music, flowers, cards, books, visits and calls following Mom’s unexpected death.

Thank you for your tears.

You know how Eskimos have so many words for snow?

I never knew there were so many ways to cry.

I apologize for not responding individually yet.

Who knew there’d be so much to do?

Plus, dad’s furnace blew out and our oven went kaput, so there are appointments to make and appliances to fix and in this way life goes on, limping.

Tentative, I step forward on a suddenly unbalanced planet; I’m surprised to find my footing holds.

Mom is on her way.

We saw her off at the crematory last week and brought family letters, drawings and photos of all her children and grandchildren to accompany her on the journey. (Dad put his message in a repurposed direct-mail envelope: Reuse, recycle, reincarnate!) Also included some of her favorite things to eat: Roast duck, mangos, persimmon, satsumas, chun pi moi,  candied ginger, coffee beans, dried apricots, a pastry from Piccolino. Tia sent Scrabble tiles, an Old Maid card, Monopoly money and wheat thins. For some reason, Tia thinks they do not have Wheat Thins in the afterlife.

Mom didn’t believe in the afterlife. But she would have approved of this crematorium, a family business in a tidy green house surrounded by willow and cottonwood trees not far from IKEA. Part of a local funeral co-op, the place has a warm, caring atmosphere, Quaker simplicity and is exceptionally clean. The cremation was carbon-neutral with a tree-to-be-planted and offsets to wind- and solar-power. Imagine a big pizza oven in a high-ceilinged garage. Of course, I checked. Spotless inside and out, not a trace of anyone else’s ash.

The crematory flame burned at 1600 degrees for five hours.  After about an hour, I could faintly smell roasted coffee beans, the tang of pomelo and the salty aroma of fatty siu-ji and cha-siu. Perhaps it was the oils lingering on my hands after arranging the offering, but Tao noticed too, these new smells that hadn’t been there before.

When we left the crematorium, we looked up and saw shimmering heat waves, green leaves, blue sky and a single puffy cloud.

Mom believed the time to show love and respect for family and friends is when they’re alive.

She rarely attended funerals and always said she didn’t want a bunch of people sitting around a room talking about her and wailing. She checked “NO” on the Final Wishes form where it asked if she wanted a memorial service. Not for her, an easy tried-and-true funeral!  An independent thinker who prided herself on not following the crowd, she pushes us, in her death, to be creative.  So we must celebrate, honor and remember Phoebe each in our own way.

A bonus, for Dad, is that he will get to enjoy a roll of visitors, lunches and dinners in the coming weeks and months; it’s much easier for him to focus one-on-one and in small groups than en masse.

We appreciate your inquiries about which causes Mom supported.

Mae Tao Clinic for refugees on the Thailand/Burma border: www.maetaoclinic.org/donate.html

Mom requested no flowers, no memorial gifts, no fuss.

What we’d value, most of all, is your kindness and your stories and recollections of her. We want to remember her vividly.

Phoebe Ten Yin Ho Bock started life in Hawaii in 1926 as the twelfth and youngest child in a poor Chinese family that spoke Hakka and pidgin English. She didn’t wear shoes until third grade, yet turned herself into an intellectual, elegant, down-to-earth, frugal, generous, organized, strong-willed teacher, mother, wife and grandmother, with diction more impeccable than Julie Andrews’.

She was the first Chinese-American to teach in the Baltimore school district and the first Chinese-American to teach English and American literature in West Hartford Public Schools, where she helped revamp the curriculum to include multiethnic authors. After retiring from teaching, she co-hosted a weekly public radio show about Asian-American issues in Connecticut, and after moving to Seattle, she served on the board of the International Examiner, an Asian-American community newspaper, into her 80s.

Phoebe was an avid reader. Her bedside stack consisted of dense tomes: social theory, feminist philosophy, world history, high-brow literature and the insightful, acerbic book reviews of  Michiko Kakutani of the New York Times. With the exception of an occasional New York magazine, a breezy biography of Michelle Obama and Ron Judd’s cheeky local columns,  Phoebe did not indulge in undemanding romps.

She was, however, a fan of Chief Inspector Morse and Sunday morning political talk shows during which she cursed anyone who dared obstruct or undermine her classic liberal agenda. She was an aggressive pacifist, despised corporate greed, supported unions and championed international and local programs to benefit the downtrodden. More than 30 years after Watergate, she continued to call for Nixon’s impeachment.

Phoebe taught us to care deeply for those who weren’t getting a fair shake in life and to use our privilege to help others. She was meticulous about paperwork, but said household chores could wait, they’d always be there, people and ideas came first. She earned a masters from Johns Hopkins and sent her four children to Harvard and MIT (and never boasted about it!)–but she had no trouble bragging about her five grandchildren, who were the light of her life.  She used her wedding Lenox with the plum blossoms and gold rims to host sweet tea parties for her little granddaughters and never worried about them breaking anything. (They never did.)

Phoebe traveled the world with her husband, Paul, never on tours, always independently, wearing sturdy flat shoes, a small backpack, and trimly cut clothing: Greece, Egypt, Turkey, Iran, China, Japan, Thailand, England, Ireland, Switzerland, the Scottish Coast. They frequently returned to favorite bistros in Paris, Italy, and the Netherlands; she was a pro at finding low airfares and luxury hotel bargains on the web. They were the world’s lightest packers. At 76, they toured Holland on a bicycle-built-for-one, Paul pedaling while Phoebe rode sidesaddle on the rack behind his seat, one arm around his waist. She navigated from a map she’d clothes-pinned to the back of his collar.

Phoebe was sincere in all her relationships and enjoyed her intimate circle of devoted friends. Her cooking was famous: Kasu black cod, sweet-chili shrimp, paella for Christmas, and of course, Chinese home cooked meals. She jogged, cycled and cross-country skied until her early 70s, tried kayaking and snowshoeing in her late 70s, and recently took up strength and stretching exercises with Therabands.

Phoebe was healthy until her last few days, when a hernia and strangled intestine led to emergency surgery, systemic infection and flooded lungs. Even on her last evening in the intensive care unit, she continued to run her household, quote the New York Times and care for Paul, giving orders to unwrap the oxtails on the top shelf of her refrigerator, boil for more than two hours, drain, then re-stew with canned tomatoes for dinner and store the leftovers for when she came home from the hospital.

She passed peacefully the following morning with family holding her hands and classical music playing.

On behalf of Phoebe’s family,

we send peace, thanks and love,

The Old Gods and the New

Farewell From the Editor

Scars as Badges of Honor