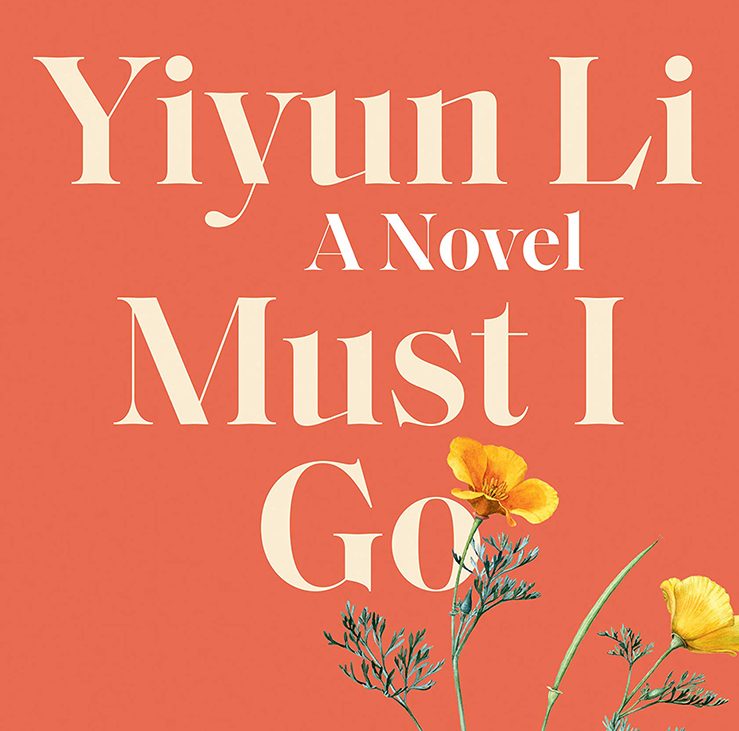 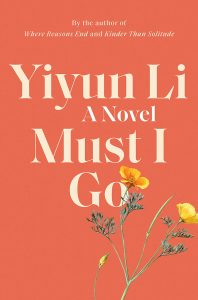 The best part of Yiyun Li’s novel, Must I Go, is the 81-year-old Lilia Liska Imbody and her insights about love, marriage, children, death and resilience. Just as Lilia is not the same person she was as a young woman, she grows through contradiction, change, and self-reflection. A reader needs to be patient to absorb a huge cast of characters. With such a large palette, it takes a while to see the complex points Li makes about one’s purpose: of being remembered over time and by whom.

Separated into three main sections, the novel’s Part I is titled “Days After Love,” and written in third-person. This beginning establishes the present day setting where Lilia lives at Bayside Garden with other seniors. It also explains Lilia’s relationship with Roland Bouley and his memoirs, of which over 700 pages will be edited down to one volume. In these writings, Lilia had been “reduced to a single capital letter in the book” and had appeared “five times.” Part II is titled “Days Last Past” and reveals Lilia and Roland’s brief affair which produced a daughter, Lucy, whom Roland never knew about. Lucy, we learn, goes on to produce a daughter, Katherine who gives birth to her own child, Iola. Lucy, we discover, commits suicide. How Lilia feels about this is complex and reflected in the passage: “A dead child doesn’t grow old. Lucy was twenty-seven and she’s still twenty-seven. I can’t make up a life for her past that age, but I’ve relived those twenty-seven years many times.”

These first two sections are brief and total 104 pages combined. To understand Lilia’s upbringing, the reader is treated to the knowledge that the main protagonist was the oldest of six siblings, that she outlived three husbands, raised five children, and has 17 grandchildren. That’s a lot of life experience. Lilia often compares the children in her memory with the adults they’ve become in the present day. What sums up the main theme of Must I Go is Lilia’s unwillingness to leave her life story to her offspring: “They knew bits and pieces, from being parts of it, but what she had not intended for them to know would never become their possession.”

Roland’s soon-to-be-edited memoirs are a unique contrast to Lilia’s own desire to be cremated and to “let her past remain unknown and burned to ashes with her.” According to Roland’s editors (his wife’s favorite niece and her husband), his writing is repetitive. Lilia’s response is “loyalty to a dead man should be the editor’s foremost requirement.” But as Lilia reads Roland’s memoirs, she reflects on what an individual can hang on to. Eventually she commits to paper a letter that recalls her pregnancy with Lucy in 1946. Even as Lilia writes, she knows the words
don’t really say what she wants them to: “Dear Roland, I’m sorry that you never learned about the birth and death of your daughter. She was very much your and my daughter: good-looking and difficult. But unlike you and me she didn’t know how to make use of these traits.” Ultimately, Lilia decides to leave Katherine (her granddaughter) and Iola (her great-granddaughter) her annotations of Roland’s diary because they deserved “more than confusion.”

The bulk of Yiyun Li’s novel is the long third section, “Noonday,” which shifts back and forth between Roland’s diary entries and Lilia’s commentaries. While the reader is informed that “Lilia’s notes [are] taped next to the corresponding entries,” the transition between the two speakers is sometimes abrupt, with dots separating a footnote by RB or a small line separating Lilia’s reflections, and feel more addressed to a younger Lilia than to Katherine or Iola.

This section is the most successful because it uses Lilia’s commentary to move more easily between past and present. The use of epistolary letters is chronological as both Lilia and the reader advance through Roland’s life. But because Lilia is an older mature character, she makes candid unsentimental comments: “You can live a long life, surrounded by people, but you’ll be darn lucky if one or two of them can take you as you are, not as who you are to them.”

Roland’s family, it must be noted, is equally complex. His parents died young, leaving him as a “poor relative” in the care of his aunts and uncles. Roland wants to be a writer, but goes through a series of jobs as news reporter and working in the Office of War Information during World War II. Roland also has several brief affairs, a long-term relationship with the poet Sidelle Ogden, and eventually a marriage to his cousin, Hetty.

Throughout Yiyun Li’s writing, passages like the following shine: “The problem with walking down memory lane is that you want to find that very thing the moment you think about it.” Or “feathers have weight, but to weigh the feathers you have to kill the bird and strip it and with so much ado you get a small handful of …nothing much. That’s how I felt about Lucy when she died.”

This is a complex tale where “life is never arranged accordingly”: “The world would be a better place if we were lined up like dominoes in front of a giant turtle…I want all my children and grandchildren and great-grandchildren alive when it’s time for me to go, I would say…Down goes Lilia, knocking over the next person in line.”

Must I Go wasn’t a quick read for me. I picked it up and put it down often. At times, this novel seemed messy and unexpected. But Yiyun Li’s prose adds up powerfully in the end.