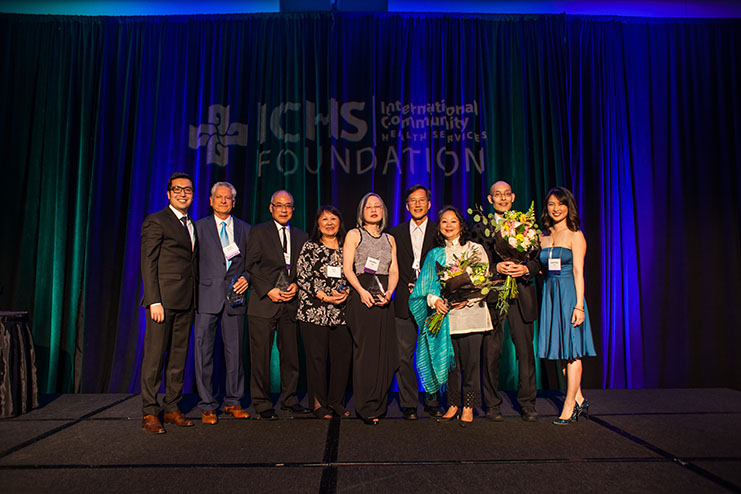 Jan Ko Fisher, one of the founding volunteers for International Community Health Services (ICHS), passed away on December 7, 2018. She was the longest serving board member in ICHS’s history, filling that role since 1975.

She graduated from the University of Washington in 1971 with a medical technologist degree. Ko Fisher had worked as clinical laboratory scientist at Seattle Children’s Hospital for many years, starting in 2001. She had been recruited to the cause by Dr. Allen Muramoto, another activist and founder honored by the ICHS Foundation in 2017.

One lasting legacy Ko Fisher leaves behind is her active involvement helping ICHS create a brand-new 40,000 sq. ft. medical and dental clinic in Shoreline in 2014. She served as co-chair of the fundraising steering committee.

In 2018, Ko Fisher was honored at ICHS’s 45th anniversary Bloom Gala with a Sapphire Award, recognizing her extraordinary leadership.

In 2011, she received the Ethel Bond Memorial Consumer Award from the National Association of Community Health Centers.

Ko Fisher was interviewed in 2008 for a 35th anniversary documentary project for ICHS. She recalled the early years when the clinic was an all-volunteer operation on North Beacon Hill, serving patients out of a donated medical office. Ko Fisher was responsible for opening the clinic in the evening. She got the keys from her parents, who lived across the street “It wasn’t like swarms of patients coming to our doors,” she recalled, “but we offered rides from the International District. We offered free transportation. It was targeted toward the elderly in the hotels.”

“She was such a sensitive, sweet, happy person,” said Jon Nakagawara, ICHS co-founder and ICHS’s first director. “I’ll always treasure that memory of her personality.”

“She was one of the first people I met when I got involved with ICHS in the early days. She was one of the originals,” said Bruce Miyahara former ICHS co-founder and former director. “She was an inspiration because she stuck with it for so many years. That’s true dedication. Very quiet, but so committed.”

In a later interview, Ko Fisher said she was inspired by the ICHS mission of service to the community and providing quality affordable care to underserved populations. “I can’t believe how much ICHS has grown from that small free weekly clinic on Beacon Hill. It’s given me great satisfaction to be part of this.

“With much pride, I’ve watched this health clinic grow from a small storefront space into a multi-clinic agency. I’ve been here like a proud parent through all the growing pains and triumphs.”

Teresita Batayola, reacted to the news of Ko Fisher’s passing with sadness: “She was our direct connection to ICHS’s past. She represented our soul. She was always quietly supportive, always there and deeply proud of ICHS.”

Hiroshi Nakano, a long-time ICHS board member, added. “Jan was a low-key, consistent, committed board member who was devoted to the cause of serving our patients. She will be missed by all of us.”