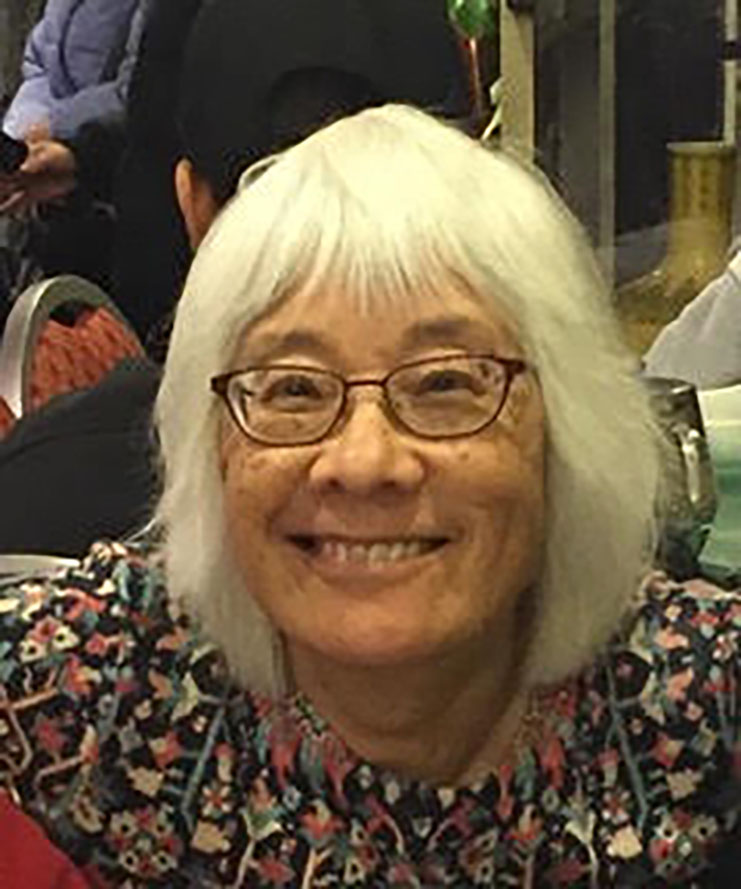 A few weeks ago I got an email that everyone dreads. The subject line was “Sad and Shocking news.” I knew instantly that my world would never be the same. Judy Yung, my friend of 40 years, passed away on December 14.

Judy is a noted Chinese American scholar known for her groundbreaking work on the history of Angel Island Immigration Station and of Chinese American women. Though 74 years old, Judy was at the height of her powers. It seemed inconceivable that our community could lose one of its greatest treasures.

Judy was the fifth daugther of an immigrant family that settled in San Francisco Chinatown. Her brother Warren was born last. It is not uncommon to hear of large Chinese families whose desire for a male offspring begat many daughters prior to having a son. Judy believed she owed her existence to the fact that she preceded her brother in birth. As the favored son, Warren was treated royally in contrast to his sisters. Judy once lamented that “he had a tricycle all to himself while we five sisters shared one pair of roller skates.” Tragically, Warren suffered a childhood accident and was institutionalized for the rest of his life. He was not forgotten though, as the sisters took turns faithfully visiting their brother. For Judy the visits turned into a welcomed weekly ritual.

The accident devastated the family. Her mother took solace in the Chinese Independent Baptist church, while her father could not find a salve for his pain. Judy immersed herself in school, where she was an excellent student. Judy’s upbringing had an uncanny parallel to that of her mentor Him Mark Lai, considered the dean of Chinese American studies. Like Him Mark, Judy attended both public and Chinese school and gained a facility with oral and written Chinese, including Cantonese and Mandarin. They both graduated from Galileo High School and each received degrees from UC Berkeley, she in library science (Master’s) and ethnic studies (Ph.D), he in mechanical engineering.

Him Mark and Judy came to be lifelong peers, often contributing to each other’s work. In 1980, they co-authored with writer/poet Genny Lim Island: Poetry and History of Chinese Immigrants on Angel Island 1910-1940. The book was a stunning achievement. In the early seventies, preservation of the island’s immigration station had become something of a cause célèbre for Asian Americans of my generation. Members of the Kearny Street Workshop took pilgrimages to the island to make rubbings of the Chinese calligraphy carved on the barrack walls and photographed the derelict structures. Through the poetry on the walls and interviews of detainees, the newly landed immigrants spoke eloquently and heartbreakingly of their incarceration as documented in the book. Judy gave generously of her time in the ensuing years, regularly giving tours and lectures on the history of the immigration station.

I met Judy around 1980 at the Chinese Culture Center in San Francisco. She had just started working on the Chinese Women of America Research Project. Her keen intelligence and easy-going nature charmed me, and we became fast friends. I admit associating with Judy lent me a certain kind of Chinese American street cred. She grew up in Chinatown steeped in Chinese culture, whereas I was a third generation jook sing (ABC) from the Oakland hills whose Chinese vocabulary was limited to my favorite foods.

Judy’s project was a resounding success. It resulted in a traveling exhibit and culminated in the 1986 publication of “Chinese Women of America: A Pictorial History.” It firmly established Judy as one of the foremost authorities on Chinese American women. This reputation was further cemented when she subsequently published “Unbound Feet: A Social History of Chinese Women in San Francisco” in 1995.

Such was her modesty, I only later discovered Judy’s heretofore impressive accomplishments. Not only was she San Francisco’s first Chinese-speaking head librarian of the Chinatown branch, she created the Asian Community Library in Oakland from scratch, hiring multilingual staff and building up its Asian American collection. She championed the concept of the public library as a community hub offering cultural events, translation, and other social services. By the time I met Judy, she was already in the throes of a second career, third if you count her stint as associate editor for East/West, a community newspaper.

Judy, as it turns out, was an excellent interviewer. She had an innate ability to connect with people effortlessly, through patient listening and inquisitive inquiry. Judy possessed this rare gift of gentle persuasion. Over the years she interviewed hundreds of Chinese Americans across the country, whose stories would have otherwise been lost forever. Her one major regret was her failure to interview Marijane Lee, the colorful receptionist at the Chinese Culture Center. MJ, as she was affectionately known, was more like a gatekeeper, a role which she took seriously. MJ’s unique blend of Chinese and Western cultures and her frank discussions of taboo subjects would have been a fascinating interview sure to make even the most liberal-minded blush.

After teaching Asian American studies at UC Santa Cruz for 14 years, Judy retired in 2004 to start her next chapter in life. In retirement, Judy eschewed the leisurely life of a retiree. Instead she embarked on more projects with familiar themes, consulting regularly with her close friend, writer Ruthanne Lum McCunn. Judy collaborated with Erika Lee on another book on Angel Island, as well as updating her earlier book “Island” and writing a book on San Francisco Chinatown for the Chinese Historical Society of America.

While doing research on Chinese American veterans, Judy’s life took an interesting turn. She interviewed a World War II Chinese American prisoner of war, Eddie Fung, forced to work on the Burma-Siam railroad. Eddie was the only Chinese American soldier to be captured by the Japanese. He held Judy spellbound with his tales, and the unthinkable happened. Though Eddie was 24 years her senior, they fell in love and married on April Fool’s Day 2003. The unlikely marriage of kindred spirits was trumpeted on the pages of the San Francisco Chronicle. Every year thereafter Judy would accompany Eddie to his Lost Batallion reunion in Dallas, Texas. Originally numbering 668, by 2014 only two other wheelchair-bound vets aside from Eddie made it to the reunion. Eddie was the only one able to march to Colonel Bogey’s March on his own feet. Naturally, Eddie’s stories became the basis for another book by Judy, The Adventures of Eddie Fung: Chinatown Kid, Texas Cowboy, Prisoner of War.

In her last email to me, Judy told me about the memorial service she arranged for Walter, with help from her dear sister Sandy. Walter was a mutual friend who had passed away recently. He had been disabled for a number of years following the amputation of a leg. Judy cared for Walter like he was her own brother, driving Walter to medical appointments and overseeing his financial affairs. Out of all of Judy’s exceptional achievements and admirable character traits, I will most remember her empathy. In these troubled times, when immigrants are vilified and black lives marginalized, Judy makes us look at where we’ve been and where we need to go. This is our path forward.

There is a memorial blog for Judy with permission from her sister and people can share their reminiscences in the comments section of the blog: https://judyyung.wordpress.com/