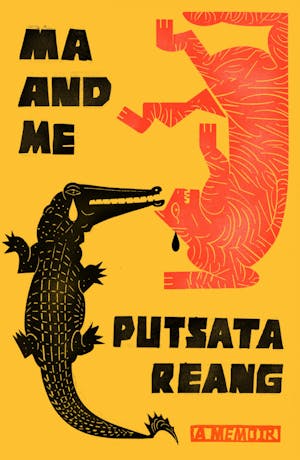 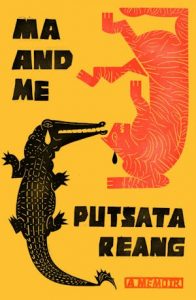 Living in two worlds and bearing the expectations and pressures of both is a reality all too real for many diasporic koun Khmer living in the United States. For many of us, there exists an internal struggle to decipher our identities as Khmer and American and to find comfort in the gray area that lives in between it. Presenting as the perpetual foreigner while our culture and values reflect one that leans more American, this familiar dissonance is an experience that many Khmer Americans grapple with.

Award-winning journalist Putsata Reang’s memoir Ma and Me is a tender read that touches on themes of intergenerational trauma, identity, survivor’s guilt and sexuality. The memoir is divided into 4 parts: I. Cambodia, II. America, III. Double Displacement, and IV. Freedom, each part unraveling different stories that come to shape Reang.

Part I opens the memoir by detailing the life that existed before Reang was born – her mother’s upbringing and the abuse that she witnessed from her father’s hands to Reang’s grandmother. Years later, her mother would find herself bound to familial duties, an arranged marriage with Reang’s father that her mother so fervently protested but to no avail, leading to the creation of Reang and her siblings. Just barely a year old, Reang was born during the rise of the Khmer Rouge regime and the beginnings of the Cambodian Genocide of 1979-1979. Uprooting their lives as they knew it, her family fled the country in search of safety with Reang fighting her own battle to survive the extremities that war imposes on an already sickly infant. Miraculously surviving the journey on the boat, Reang and her family start anew in rural Corvallis, Oregon.

Throughout the book, Ma and Me closely examines the relationship between Reang and her mother and the paradox that defines many refugee and immigrant families of color: to adhere to the filial duty that Reang owes to her mother per Khmer tradition and become the hypothetical version of herself that her mother sacrificed everything for, or, to be true to herself and lead the life that Reang envisions for herself. A crossroads that countless of Khmer Americans are faced with, Reang’s experience is compounded by survivor’s guilt and her coming out as queer, unearthing another layer of differences that would engender a rift in their relationship.

Incredibly raw and beautifully written, Ma and Me is a must read for folks looking for connection in the unique identity that is Khmer American.