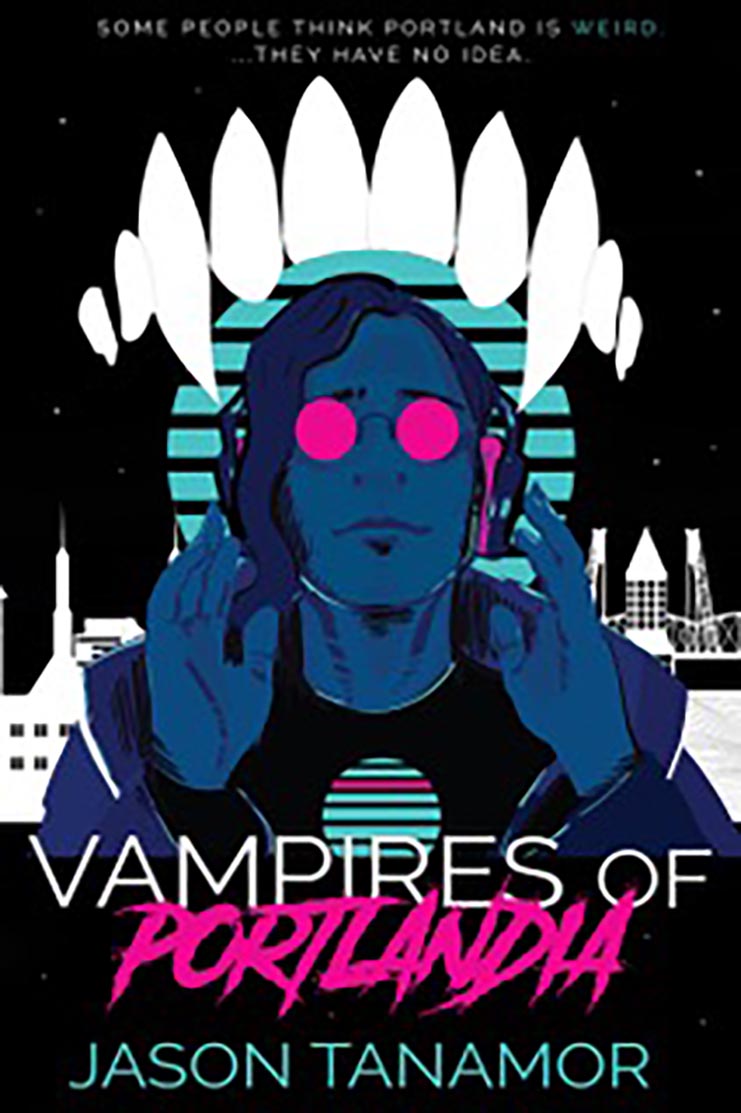 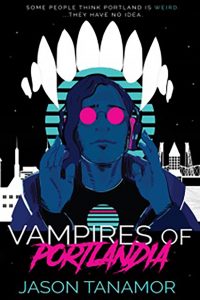 Portland-based writer Jason Tanamor has written a new adult/urban fantasy novel entitled Vampires of Portlandia. It come to us just in time for Halloween. Imagine a family of vampires, not just any vampires but vampires from the Philippines who flee the repression of the islands for a new home. They immigrate to the weird city of Portland only to discover that there are other breeds of monsters living amongst them. Robert Francis Flor sat down with the author to get the chilling details.

Robert Francis Flor: First off, congratulations on your book Vampires of Portlandia.  What inspired you to write it and who do you see as your target audience?

Jason Tanamor:  One thing about living in Portland that I’d discovered was the amount of crows that roost in downtown during the fall season. There are literally thousands of them, camping out on top of buildings and in trees, cawing in unison. That’s not an exaggeration. I’m always walking around, and when it’s still dark outside, the cawing and the casted shadows freak you out. When the lights hit a crow just right, the shadow could appear on the sidewalk or building twenty times its size. If a car drives by at the right speed and time, the shadow could appear to have shifted.

Along with the many homeless people sleeping on the streets, and the distant police sirens at times, the juxtaposition plays a number on you. It creates its own creepy landscape. Its own creepy narrative. It creates an environment—creepy, interesting, fantastical, amazing—that you have to witness for yourself. After a while, I’d started to build the story in my head. Thus, a novel was born.

Technically, this falls into new adult, urban fantasy, but I think the book will resonate with young adults and adults, as well, who have a fascination with vampire culture and folklore like Grimm and Supernatural. It falls more into a supernatural genre. Notice I referenced television shows, as I wrote the book as a visual, scene by scene, as a viewer would digest it.

RFF: Vampire novels have been popular since the publication of Dracula in 1897 and werewolves can be found throughout early European folklore. In recent years, these tales have appeared in books and movies such as Twilight or Underworld. Vampires of Portlandia introduces the Philippine version of these. How do your characters (aswangs) differ from their European counterparts?

JT: The main difference between the aswangs that appear in Vampires of Portlandia and what we see in other forms of media is the aswangs—particularly the vampires—have the ability to blend into society, which includes walking around in daylight and having jobs and real relationships with human beings. Having them susceptible to sunlight didn’t add value to the story. And they had to blend into the world as regular people in order to further the narrative along.

The thing with aswang folklore is that there aren’t a lot of “standards” outside their physical traits. There are so many different interpretations, different ways to become an aswang, or kill them, unlike what we see in Hollywood renditions. My hope is to introduce the folklore to the mainstream and encourage other stories about Filipino folklore and culture. Whether or not they stick to the lore.

RFF: The Filipino aswangs are multi-species which makes them different than their Western counterparts. Would you discuss the variations, their hierocracy and your research into them? Did you develop the rules for their world, such as the “covenant” between the species or was this a product of your research?  What was your writing process?

JT: I did a lot of research on the general characteristics but wanted to create my own interpretation of what aswang meant. Mainly because the family of aswangs that immigrates to Portland, Oregon is a typical family just trying to live in peace. They’re not vicious monsters as depicted in lore. I want readers to relate with the aswang siblings, but I also want them to be a part of this cool and interesting lore. The vampires are just like you and me; they just happen to be aswangs.

I wanted to create my own mythos, such as the covenant and rules, because, frankly, a lot of the lore seemed ridiculous, such as transferring the black chick to another and swallowing. Now go back and read that again. This time slowly. See? Ridiculous! So I took some lore and then invented my own at times.

More importantly, I wanted to introduce aswangs to mainstream readers. It’s an underrepresented subject that deserves its own narrative. I’m hoping we see a lot more variations of aswang lore, such as we do with vampires and zombies.

As for writing the book—the process—I need complete silence when writing. And I do a majority of it in the early morning before five o’clock. Having said that, I do write each scene as if the book was a movie. I think readers will see each scene like a film or television show, most notably Grimm, Supernatural, and The Lost Boys.

The most difficult part of writing the book was shifting between tones: part of the book is very dark and ominous, while the other part is family oriented and happy. It’s hard to stop being in a certain mood in order to write a different scene. And since I write scenes in order, sometimes I had to stop and give myself space to approach each scene’s shift in tone.

RFF: The interactions with humans also differed from their European counterparts. You introduce some Filipino cultural elements, i.e. primarily myth, food, a few behaviors and language. Would you discuss these differences and how they affected or influenced your story? Writers often speak about whether or not to include language or words readers may not understand.  Was this a consideration and influence in your writing?

JT: There are two main themes in the book: 1. A family of Filipinos, albeit vampires, immigrates to Portland, Oregon to escape the tumultuous environment in the Philippines; and 2. They escape to a city so weird that the family members can blend in unnoticed. Well, readers will discover that the other aswang breeds also had the same idea. Portland is just a wonderfully weird city as a whole. The interactions between the characters are typical of what you’d experience in Filipino families. From the language they use, the gestures they convey, and the challenges they undergo, the book is a very true and realistic interpretation of immigrant families. Only they’re vampires. Plus, they’re always eating!

Even though they are aswangs, they are still human beings, people who have emotions and trials that we all have. When I grew up reading books, I didn’t see a lot of myself in stories (characters who looked and acted like me), so my hope is that Vampires of Portlandia will encourage readers to become more than just that, encourage them to also become writers, to help preserve the lack of diverse narratives, especially with those of Filipino influence.

RFF: Do you envision a sequel or are you working on a different project?  Where do you see your story and characters going?

JT: I think there could be a sequel based on the past and present storylines, but there isn’t currently one in the works. I’d thought about potentially doing a book about each breed, and how they all culminated into “Vampires of Portlandia,” but that would be further down the road. I also think it could be written like a series, where the characters all appear in different “episodes,” or novels, where the plot deviates from the main core plot of Vampires of Portlandia. Again, these are things I’d thought about for a brief second or two, but not enough to act on them.

As for other projects, I have two completed novels involving Filipino characters: a historical fiction about two lovebirds fleeing the Philippines during President Marcos’s martial law; and a Filipino teenager who hides his love of Filipino dancing from his friends and new love interest.