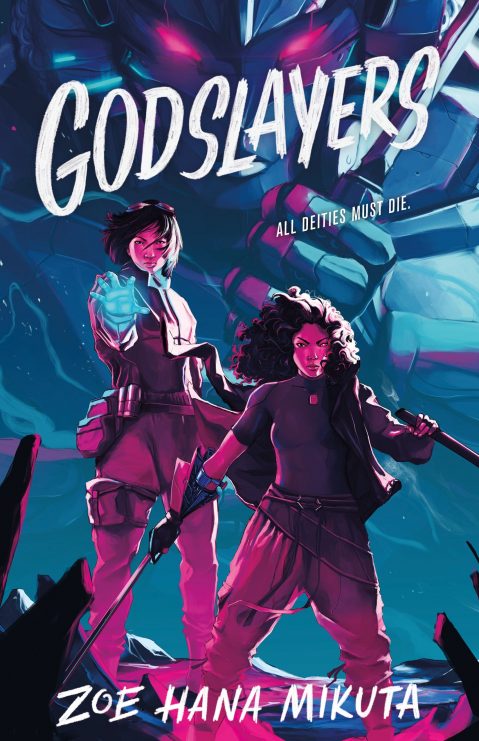 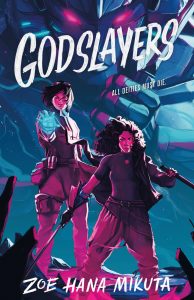 As the sequel to Zoe Hana Mikuta’s 2021 breakout hit “Gearbreakers,” “Godslayers” by and large keeps the momentum going. Like the first novel, it manages to be several things at once: an exhilarating series of mecha battles, a tender romance, and a profound social commentary.

“Godslayers” begins tense, with the stakes higher than ever. In the Badlands, the tyrannical empire of Godolia maintains its reign through the use of their giant mecha weapons known as Windups. Dissent finds a way to live on, as the rebellious Gearbreakers combat them day in and day out. In the leadup to this novel, the Gearbreakers lead a successful operation that deals a critical blow to their oppressors.

Their victory is short lived, however. Gearbreaker Eris and Godolia rebel Sona, whose blossoming relationship forms the core of the first novel, have been separated in the wake of the last book’s climax. Worse, Sona is captured by her former superiors, and brainwashed to align herself with Godolia once more. Eris and Sona’s arc now forms a new story — of two young women trying to find their way back to each other, both of them scarred and changed by the ever-grim fighting of the world surrounding them.

A particular kind of clarity comes through in the novel’s pages that wasn’t as present in its predecessor; Mikuta’s growth as a writer is palpable. The alternating narrations of her two protagonists hit harder, their feelings laid out on the page bleed rawer. Experimentation with first-person POV in particular leads to some of the story’s most visceral moments.

And it’s in these moments where the novel’s commentary shines brightest. “Godslayers” spins a tale of young adults coming of age in a violent world inherited from the generations before them.

In a land full of conflict, scarcity, and oppression, Mikuta pulls no punches in showing the kind of damage this does on the psyches of our younger generation. Her protagonists possess such a deeply relatable anger towards the unfairness of the conditions passed down to them. Eris and Sona’s struggles to break free from the endless cycles of violence makes for a truly gripping read.