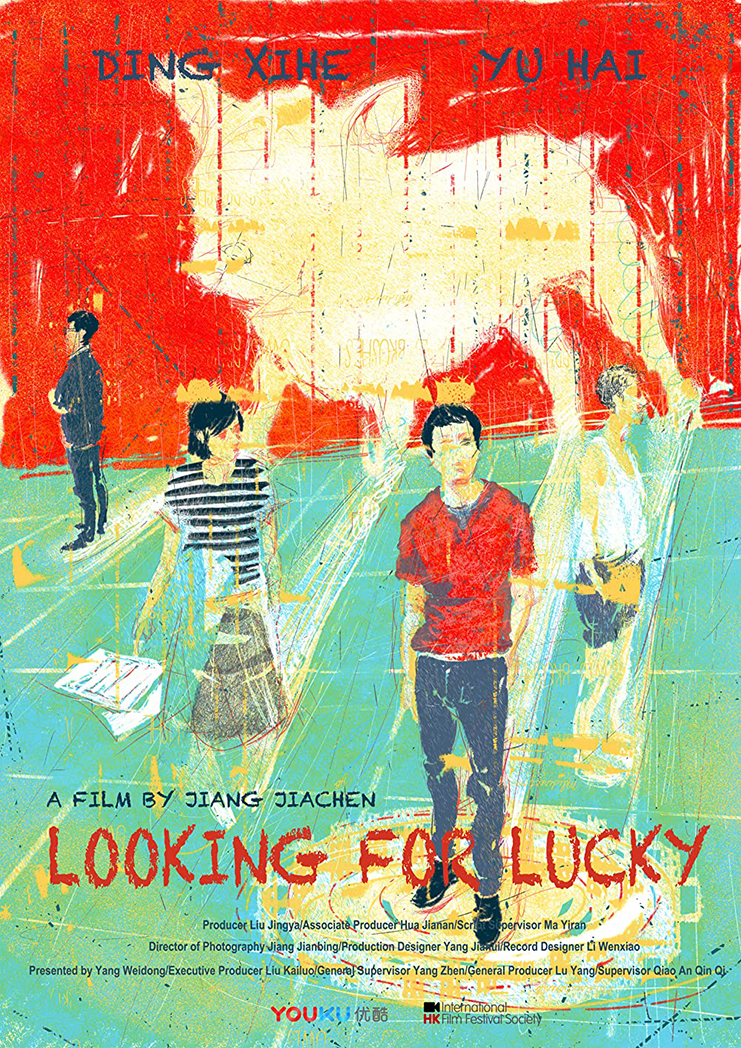 Trying to get ahead in mainland China is tough. That’s the overarching message of the dramedy Looking for Lucky (2018) which has been circulating through film festivals and now reaches a broader North American audience on the Film Movement Plus platform.

Poor graduate student Guangsheng has spent three years running errands and doing personal favors for Old Niu, his academic advisor, who has implied a stable university teaching job awaits him upon graduation. This includes looking after Old Niu’s expensive bulldog when the professor leaves town. When the dog goes missing while under Guangsheng’s care, desperation mounts for the young man.

But this is not a desperation story about just one individual. As the story lens widens, the money anxieties of the people around Guangsheng come into view. A neighbor lady accuses the bulldog of biting her child and demands restitution from Guangsheng. Having won the case with local police and cashed in on her complaint, other neighbors try to get in on the scam and claim injuries (from the now-missing dog) to extract payments. A gang of three men coerce Guangsheng into paying the Lost Pet reward for the wrong dog, and a veterinarian persuades him to pay for an expensive treatment when it’s discovered that this dog is dying of a terminal illness. Meanwhile, Guangsheng’s down-and-out father tries to help his son find Old Niu’s dog all while making things worse with his hot temper and big mouth.

Composed with only 61 shots, Looking for Lucky is the confident debut feature by Jiang Jiachen who has since released a second film, No Problem, last year. In both films, Jiachen centers his storytelling on the creaks and moans of contemporary Chinese society, where people’s hopes and dreams butt up against social competition and family dynamics.

Despite the film’s title, the central characters of Looking for Lucky are son and father whose relationship is fractious, codependent, and loving all at once. Both men make sacrifices for the other to great debt – and depending on how you feel about parent-child boundaries, you come away wondering if they were dysfunctional choices or admirable ones.  “All this money wasted for nothing,” says the elder at one point.

In the closing few minutes of the film, Jiachen introduces fresh possibilities for this relationship and the two characters’ futures. Where you stood on the question of familial boundaries above will likely predict whether you feel hope or bafflement as the men make their next choices and the screen turns black. For me, I was unsatisfied.