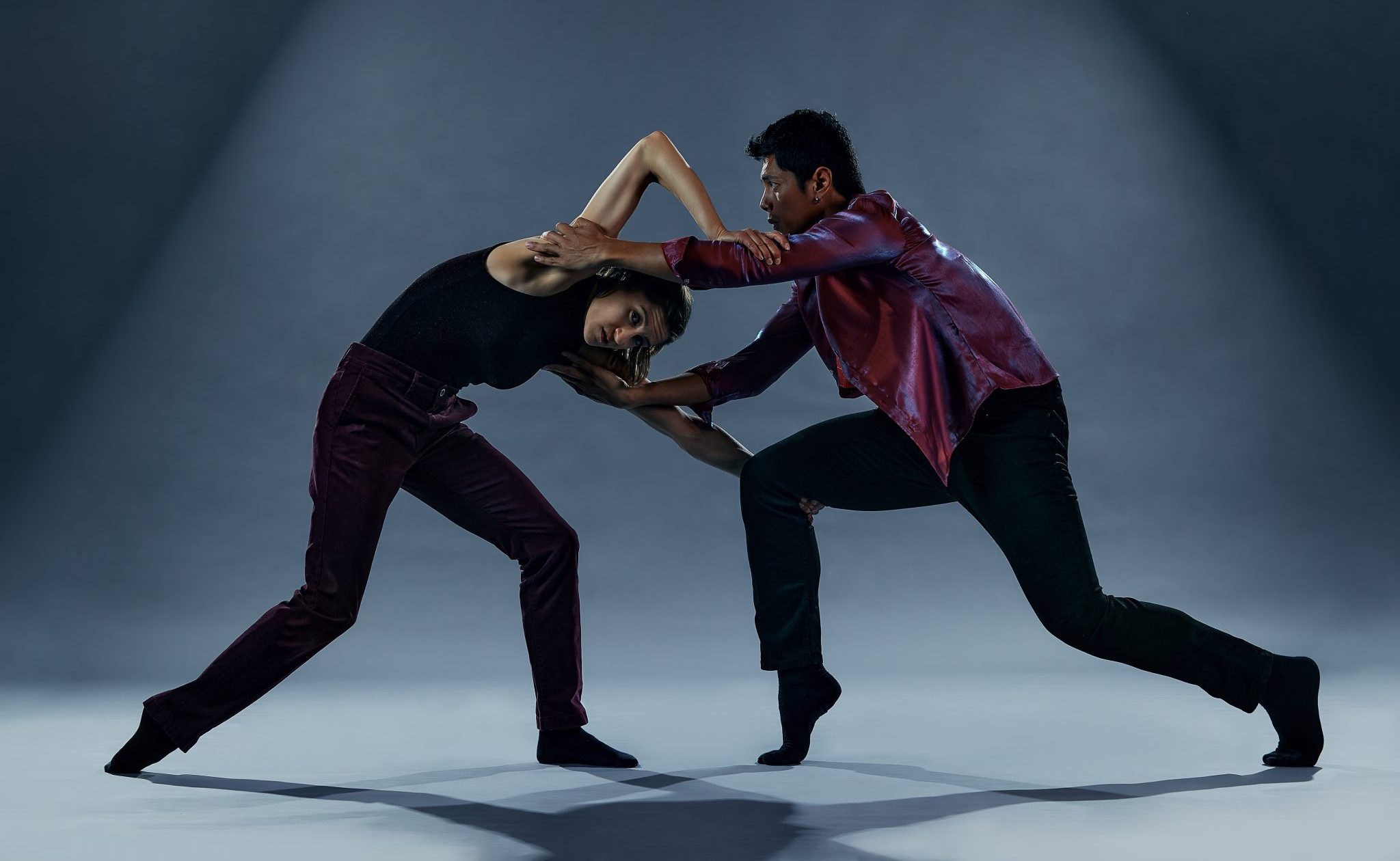 Cognitive science may seem to be quite distant from the art of dance, but for dancer and choreographer Gary Champi, the overlap of the physical, mental, and psychological aspects of these fields is something to explore.  As one of the choreographers participating in the October 13 performance of University of Washington’s Chamber Dance Company, he’ll be presenting Vulgar Fraction, an investigation into the recurring decimals resulting from the denominator of seven.

Champi’s research into the number seven arose organically from the number of dancers assigned to dance in his new piece.  “Initial topics surfaced including days of the week, colors of the rainbow, cardinal virtues, deadly sins, classical planets, fairytale dwarves, continents, metals of antiquity, wonders of the ancient world, luck, its neutrality on a pH scale, the number of notes on a music scale, and the particular nature of a vulgar fraction with seven in the denominator,” Champi elaborated. “I latched onto the repeated six digits when the fraction is converted to decimal expression, using the sequences from 1/7 through 6/7 to order the movement phrases for the dancers.”

The idea of repetition was a constant recurrence.  “I was also drawn to the idea of classical planets, noting their orbital pathways also as a repeating sequence,” Champi said. “The focus on never-ending repetition gave rise to ideas of endlessness and futility, which informed the musical composition and structure of the choreographic work.”

The dancers in Vulgar Fraction themselves will also embody these concepts.  “Considering the repetition that occurs with time, and the repeated activities we engage with as humans over time,” Champi pondered, “I considered how to represent this on the body and generated phrases on a 7-count that are repeated incessantly.”

Before Champi came to UW to earn his MFA in Dance, he spent his undergraduate years exploring Cognitive Science.  “My degree in Cognitive Science incorporated courses from four different departments, philosophy, linguistics, computer science, and psychology,” he described.
“I covered such topics as logic and reasoning, morality and ethics, and learning and memory.”
In short, Champi is fascinated by the human brain.  “I also learned that I enjoy getting to know people on a personal level to broaden my perspectives and inform my empathy,” he added.

“This influences my dancing and choreography by expanding my ability to learn and generate movement phrases, interact and coach fellow dancers, and work efficiently to strive for longevity.”

All of this began when Champi was young.  “My earliest memory of dance is watching the music videos of the ‘90s and 2000s on MTV,” he recalled. “I was attracted to the movement, the musicality of the choreography, and the entertainment value.”

Diving in to dance only reinforced his interest.  “My first experience dancing in front of an audience was some school event in the 4th or 5th grade,” he said. “I remember feeling proud that I was placed near the front, and enjoyed the rush of positive emotions after the performance.”

But then Champi’s dance training lapsed until college.  “I received informal training in the social aspect of dance, getting to know people through body language and forming my own personality as I related to various types of music,” he reported. “Then in high school, I joined the show choir because I thought the choreographer for that class was cool, and gained experience learning choreography and performing.”

After this early focus on hip hop, his studies in ballet, modern, jazz, composition, and pilates began in earnest at age 17.  “I attended the California State Summer School for the Arts (CSSSA) in 2008 and received a scholarship and moral support from the faculty that made me believe I had potential,” he said. “In college, I spent freshman year thinking I would go into medicine, and found myself disinterested in the course material and feeling rather unhappy.”

So a counselor advised him to change his focus.  “The career shift was possible because of Diane Frank, one of the most influential educators I’ve been fortunate to know,” Champi said.

“She made the career in dance seem possible if I was ready to put in the work.”

During his hours in the dance studio, Champi gained much more than technique.  “Over the
years, I’ve learned the importance of bringing myself, my personality and complete embodied knowledge, into whatever choreography or dance environment I participate in,” he said.

“Through countless rejections, I’ve learned about persistence, resilience, and how to navigate the ongoing struggle to hold enough self-confidence without being arrogant.”

Having lived in California, New York, and now Seattle, Champi has made new discoveries in each location.  “Growing up in San Diego, coming from a Cambodian immigrant family, and being surrounded by other minority communities, I developed a strong sense of motivation and desire to represent people of color in predominantly white art spaces,” he remembered. “In New York, I developed a strong work ethic to keep up with the pace of the city, grew tougher skin to stand up against criticism and judgment, and acquired better time management by juggling multiple projects and wearing multiple hats.”

In addition to San Diego, Champi also lived in Palo Alto, where he gained an understanding of wealth and economic class. “This made me rethink the role of dance in the greater scope of life, and the role of money in determining value,” he said. “I became friends with some incredibly smart individuals in various fields, and their support in the pursuit of dance as my chosen profession gives me hope that its value can be recognized by others beyond just those in the arts both monetarily and practically.”

Most recently, in Seattle, Champi has come to value balance and rest alongside energy and activity.  “Returning to an academic setting has reinforced that I am committed to being an artist and arts educator,” he stated. “Alongside being a performer and choreographer, I’m finding many other facets with which to incorporate dance into the lives of others, particularly through service and research.”

Now a dance teacher as well as student, Champi emphasizes the joy of dance.  “My goal as an educator is to highlight the inherent value of dance beyond its recognition as a form of exercise, its use as entertainment, and its practice as an artform,” he said. “I use dance to teach a multitude of transferable skills that are applicable for everyone, ranging from a novice who may only ever take one dance class to the seasoned professional.”

As Champi looks ahead in dance, he doesn’t plan to leave Cognitive Science behind.  “I do hold aspirations of advocating dance research as a valuable line of inquiry to benefit the general public,” he said “I assisted in research at a memory lab while in undergrad and am curious about the use of dance and physical movement in Alzheimer’s research in the similar way dance has been proven to help with Parkinson’s.”

Until then, Champi has a busy year ahead.  “I am co-curating the 12 Minutes Max program at Base Experimental Arts + Space at the end of the month,” he shared, “presenting my research on hip hop dance at a symposium on campus on November 2, performing in New York City from December 1-5, and choreographing a new work for undergraduates premiering in the spring of 2023.”