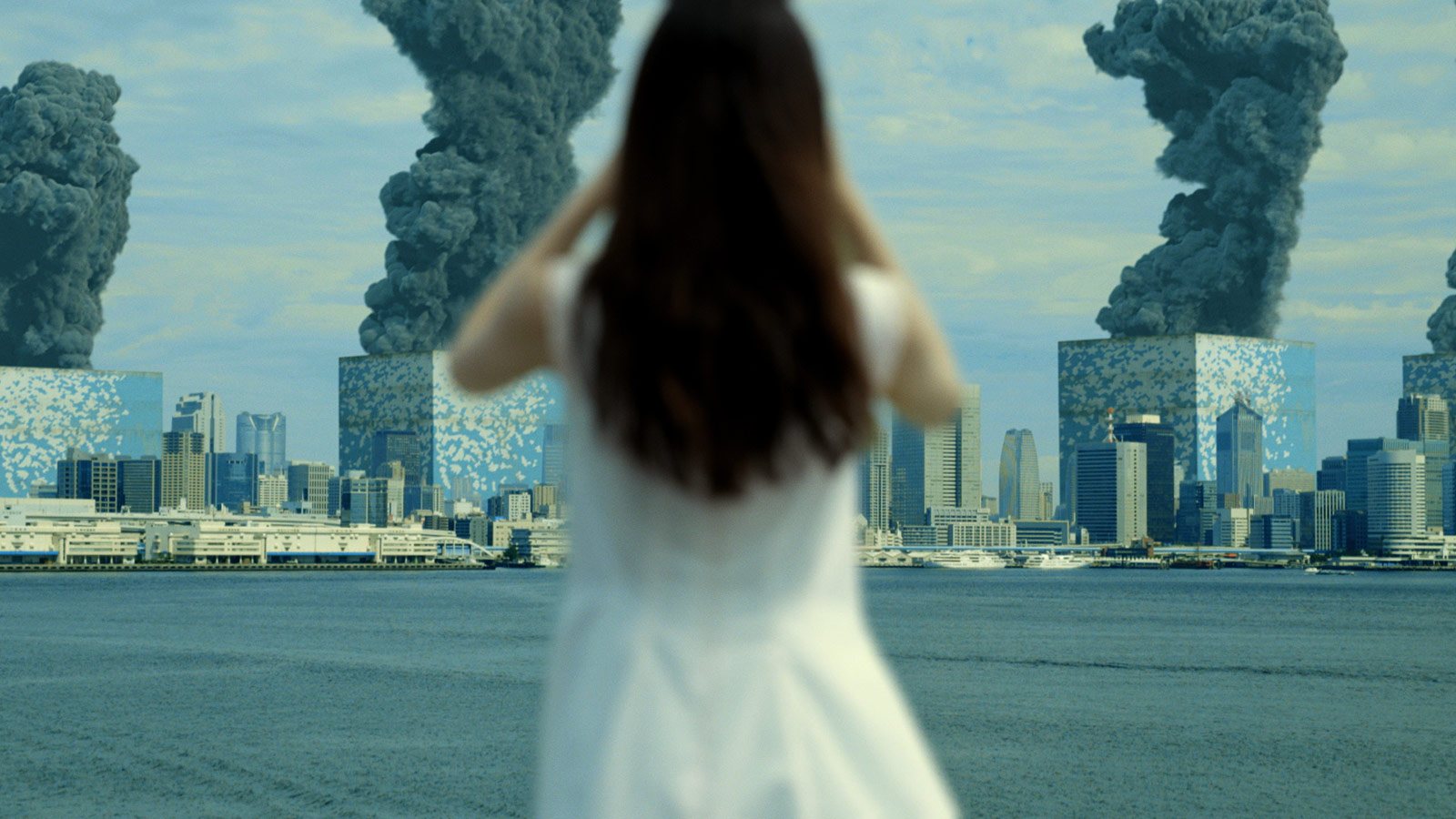 As angry words are used like weapons by today’s leaders of countries possessing nuclear arsenals, cooler heads will prevail at Northwest Film Forum on August 18. On that night, the venue will host a screening featuring a dozen anti-war movies made by the Japan-based film collective, NOddIN. Besides watching films, the audience will also be treated to a Q&A with visiting artists, followed by a sushi and sake reception.

Seattle resident Etsuko Ichikawa moved from Tokyo in 1993 to attend Pilchuck Glass School in Stanwood. A member of NOddIN, she talks, below, about her own work and the collective’s purpose.

Yayoi L. Winfrey: How did you came up with the name NOddIN?

Etsuko Ichikawa: NOddIN is NIPPON, which means Japan, flipped upside down. It is our intent to look at Japan with a changed mindset, and it is our commitment to change our way of seeing and making films as filmmakers. This directly relates to the values shift that we experienced after the Fukushima nuclear disaster in 2011.

YW: Do you consider yourself an activist?

EI: Yes, I do. I don’t see myself as an activist who campaigns or raises a voice on every imminent social problem; however, I act upon some issues that concern me deeply and try to convey my messages through my art. This practice has been reflected in my artwork, socially engaged projects and films.

YW: How many filmmakers are members of the collective?

EI: We currently have 28 claimed members and half of these are filmmakers. The other members are a collection of creative professionals; including film producers, art directors, copywriters, artists and actors.

YW: How did you all find out about each other and organize yourselves?

EI: I believe that we have found each other by expressing our concerns over nuclear issues after the Fukushima disaster. In my case, one of the members reached out to me after seeing my film “Echo at Satsop” and invited me to join. I was thrilled to learn about NOddIN and their work. I think that each member has his/her own unique story to tell about how they became a member. NOddIN has put together exhibits, screenings, and talks for the past several years and those activities have united us from time to time while each member has been active in their own artistic and political work.

YW: What is the common cause among those in your group?

YW: You started out as a visual artist. How important do you think that experience was in shaping you as a filmmaker?

EI: It’s extremely important and, in fact, I can’t think of visual art and film separately as they are intertwined in my creative approach. I see filmmaking as one of the most powerful and versatile tools for visual storytelling.

YW: What do you hope the audience takes away from watching your short film Echo at Satsop?

EI: In general, I would like to leave a lot of space for anyone who encounters my work to just feel it. With “Echo at Satsop”, there are no spoken words in the film but an incredible echo was captured. It would be wonderful if viewers could sense something unspoken/intangible that resonates in each one of us. I made “Echo at Satsop” out of necessity for healing and prayer. Through capturing dripping water and decaying sound, I wanted to connect Washington/America and Fukushima/Japan as we are all connected by wave/wavelength.