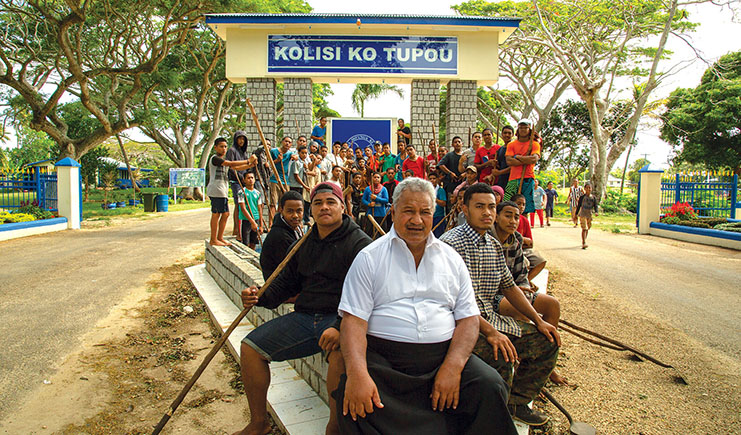 If you’re looking for some movies to add to your “must-see” list, check out this round up of movies that played at SIFF 2019 by API directors, starring API actors and/or about API topics. Sure, the sun’s out now, but it won’t be long before you’ll want a stockpile of movies to watch in the evenings.

Kathy heads out to Hudson Valley, New York, with her son after the sudden death of an estranged older sister, April, to clean up the house she left behind. Shocked and bewildered to discover that April had been a hoarder, Kathy ends up having to stay there longer than expected. In the meantime, her shy and reticent son Cody slowly befriends his aunt’s next door neighbor Del, a Korean War veteran who recently lost his wife. A beautiful, intergenerational friendship unfolds as they help each other heal and cope with internal and emotional difficulties. A touching film that shows age is only a number when it comes to true and lasting friendships and that a good neighbor can go a long way to making a community feel like home.

Twenty-three-year-old Kasie takes care of her unconscious, terminally-ill father by herself. Her mother had abandoned the family for a richer man when she and her older brother Carey were both young children. Her brother ran away from home when he was 15. She makes a living in Los Angeles’ Koreatown as a doumi, a Karaoke hostess, which makes her enough money to avoid sending her father to a hospice. When her father’s caretaker quits, she is at her wit’s end and reaches out to her estranged brother, who reluctantly agrees to look after their father while she works. A bittersweet movie that explores the family ties that bind, the film shows a daughter’s loving devotion to her dying father and the complicated, yet heartwarming bond that continues to exist between siblings despite long passages of time.

A mysterious cinema shows horror films starring the individuals it lures inside. There is Samantha, running for her life to escape The Welder, a monster that killed all her friends. There is Anna, a woman whose insecurities about her face has her seeking plastic surgery. There is Father Benedict, a man whose students are tortured by a mysterious demon. There is Helen, who experiences frightening and disturbing hallucinations after her husband leaves her. And finally, there is Riley, the talented, young musician who can see dead people. A good mixture of horror stories, this film is good for people who enjoy spurts of bloody terror with twisted storylines of the “Twilight Zone” and “Outer Limits” variety. Be prepared for plenty of gore.

This documentary follows five women around the world as they advocate for female sexuality: Deborah Feldman, a Hasidic author from New York City who rejected her Hasidic roots and left the community; Vithika Yadav, the founder of Love Matters, the first digital platform in India that discusses love, sex and relationships; Rokudenashiko, a Japanese artist and manga author who got arrested and jailed for making artwork out of molds of her vagina; Leyla Hussein, a Somali woman who had undergone female genital mutilation when she was 7; and Doris Wagner, a German woman who was raped several times while she was a nun. A fascinating look into how female sexuality is addressed and handled by five different cultures, this film will have viewers questioning why female sexuality has been feared and shamed throughout history—a telling documentary for the #MeToo era.

Finnish linguist and diplomat Gustave John Ramstedt travelled, researched and worked in Eastern countries, most notably in Mongolia and Japan. Using his notes and entries about the countries as the narration, the film shows present-day images of how the places have changed since the turn of the 20th century when he first started his adventures in Mongolia. Included are interviews from people that give some insight into Ramstedt, the evolvement of culture, and the history of the countries. This is a fascinating film that gives audiences the feeling of time travel as they compare Ramstedt’s depictions with its modern-day replacements.

Afghanistan passed a law in 2009 that stated abuse against women would be penalized. Rape victims, fearing prosecution for moral crimes, did not come forward. This documentary is about the first woman who exercised this law. Her name is Khatera; she is preparing to give birth to her second child. Her case is against her father, who raped her; her children are also her siblings. Although her father is now in jail, it is only after three attempts and a public accusation that she has managed to keep him there with a pending trial. Despite having incontrovertible evidence that her father raped her, she constantly needs to find ways to prove she is the victim. The documentary can be tough to watch, but there is a happy ending. This is yet another telling and relevant movie for the #MeToo era.

It is 1994. Eunhee Kim is a middle grade student but finds herself weighed down by life. Although her parents live in Daechi, a posh residential neighborhood in Seoul, her parents need to work long, hard hours at a rice cake shop they own to keep appearances and sustain a living there. Eunhee and her older siblings often work long hours at the store to help their parents. Through their work, her parents indirectly pressure her to get into a top-ranking university. To top it all off, her brother physically abuses her when he gets ticked. She has nowhere to turn to until she meets her new Chinese language tutor, who becomes her friend and mentor. Winner of the Grand Jury Prize at SIFF, this touching coming-of-age film will resonate with audiences worldwide through the universal problems addressed.

Jevons Au’s first feature film is inspired by true events at an elite girls’ school. Although this movie addresses Hong Kong’s education system and its attitude towards special needs children, it could be said that the movie is addressing Asian countries in general for its general apathy and indifference towards people with health disorders, disabilities and handicaps. Grace Chiu applies to work as a piano teacher at Kai Kwong, a special needs school, but is asked to conduct a choir instead. Zoey is a high school volunteer at the school, and although she is there to boost her resume like the rest of her friends, she develops a bond with one of the students there, Ka-long. Ka-long’s rebellious older brother, Ka-ho, avoids being associated with his brother and distributes illegally acquired merchandise on the side. When the school decides to put together a musical, Grace, Zoey and Ka-ho find the humanity in the children they had only been dutifully attending to before.

Meng was born with a genetic disorder and was abandoned as a baby. She lives with her aging foster mother and takes care of her, but according to state rules, she needs to move out and stop receiving subsidy from the government since she is 18. Not wanting to leave her mother, she finds a job as a janitor at a hospital and finds out a father has decided to stop treatment on his baby daughter, who has the same condition Meng has. Meng goes to extreme measures to try to save the baby and resume its treatment. Although Meng’s stubborn, emotional and sometimes childish behavior can be a bit grating, the movie poses an interesting question: Should parents have the right to let their newborn babies die if they are born with a severe disorder, knowing their children will have no viable future in society?

Go Back to China

Sasha Li is a spoiled girl living a posh single life in Los Angeles. She graduated from fashion school a year ago but cannot find a job because she is dependent on her rich father, who owns a toy manufacturing company in Shenzhen, China. Tired of seeing his daughter living an unproductive life, her father blocks her credit card and access to her trust fund. To gain access again, she would need to work satisfactorily in the family business for a year. Although she grudgingly returns, she starts enjoying the work when she joins the toy design team. Through her involvement, she slowly learns about the complexities and demands of her father’s job as well as the more humane and generous aspects of his character. This movie is a fun family film that also educates audiences by teaching them what it takes for a product to be “Made in China.”

Yang Shu, a woman exiled from China and living in Hong Kong, attempts to see her mother through a disguised family trip to Taiwan. Yang Shu is a filmmaker and has been invited to Taiwan to show her new film about pro-democracy activists. Her husband Ka-ming makes arrangements for his mother-in-law with a touring agency so that they could spend time together during the tour’s brief stops at sights and restaurants. When her mother turns gravely ill, Yang Shu is riddled with guilt. Feeling like an inadequate daughter, she considers challenging her exiled status by demanding the right to accompany her mother back to China for treatment. Based on the director’s own experience as an exile, this deeply personal film examines an individual’s duty and responsibility toward parents, the sacrifices made for loved ones, and the lengths people should go to fight for civil liberties.

Manawei is a young boy who lives with his grandmother on Orchid Island, part of the indigenous Tao community in Taiwan. His father works as a taxi driver in Kaohsiung and cannot see him often. Manawei longs for his father and waits for him every day. Chung-hsun, his teacher, is from Kaohsiung. Desperate to return to the mainland where his girlfriend waits for him, he volunteers to help his students enter a dance competition for Taiwanese aboriginal children. Manawei and Chung-hsun both learn from each other about love, embracing community, and appreciating the people who are present in their lives. Both also learn to take pride in the traditional culture of the Tao community in this beautiful and heartwarming family film.

For My Father’s Kingdom

Saia is a retired and devoted Christian in the Tongan community. Despite not being financially well off, he tries to donate 3,000 New Zealand dollars to his church every year and asks his children to contribute, which poses a burden for them as they try to sustain their own living. The year this documentary takes place is particularly important because it is the 150th anniversary of his high school and also the year his church community is building its own church. Saia tries to raise money for both causes. This documentary shows how one man’s decision to devote his life to his community brought his family apart, causing long-lasting resentment among his children who are expected to contribute to the very thing they resent.