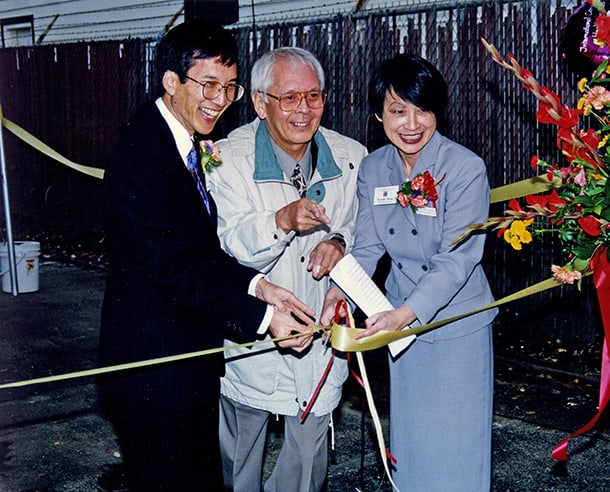 International Community Health Services (ICHS) is opening two exhibits at its Shoreline clinic to showcase its history and create a welcoming environment for patients and visitors.

“Community health clinics are very much community minded,” said Angela Toda, ICHS communications director, who is curating the exhibits along with Debbie Louie. “The idea was to expand that and create a space where people could not just come for health care but also contemplate and enjoy.”

The first exhibit, on the main floor of the clinic, will be a permanent showcase of the organization’s history, including photos, artwork, and artifacts like medical equipment and possibly examples of clothing worn by immigrant and refugee populations the clinic serves. The exhibit will also include a 40-inch monitor displaying a video history of ICHS, images and multimedia content. The history exhibit will be duplicated at ICHS’s other clinics in Seattle and Bellevue, but tailored to the specific histories of each neighborhood.

The second exhibit will be a rotating gallery on the second floor.

The permanent exhibit will have a soft launch on August 12, during National Health Center Week. The exhibits are also timed to commemorate the 45th anniversary of ICHS.

Community clinics tend to be “functional but somewhat sterile,” said ICHS Foundation Director Ron Chew. “We wanted people to feel that when they come to ICHS it’s a much richer experience.”

“It’s kind of neat also to bring this kind of space into the clinic,” said Toda, “because 55 percent of our population needs interpretation — English is a second language — and art really is a universal language that anybody can enjoy and understand.”

The exhibit will tell the story of ICHS from its early days as a borrowed space in a physician’s office in Beacon Hill. The organization was founded by Asian American activists who worked to provide care for Chinese and Filipino elders lacking services in their own languages. ICHS expanded and grew, adapting to meet the new demographic needs of the region, for example when an influx of Southeast Asian refugees arrived following the Vietnam War.

“We started out this very humble and sort of modest, idealistic vision, and now we’ve grown into a healthcare organization that has eight locations and serves 31 thousand patients a year,” said Toda. “So it’s been a remarkable journey and transformation.”