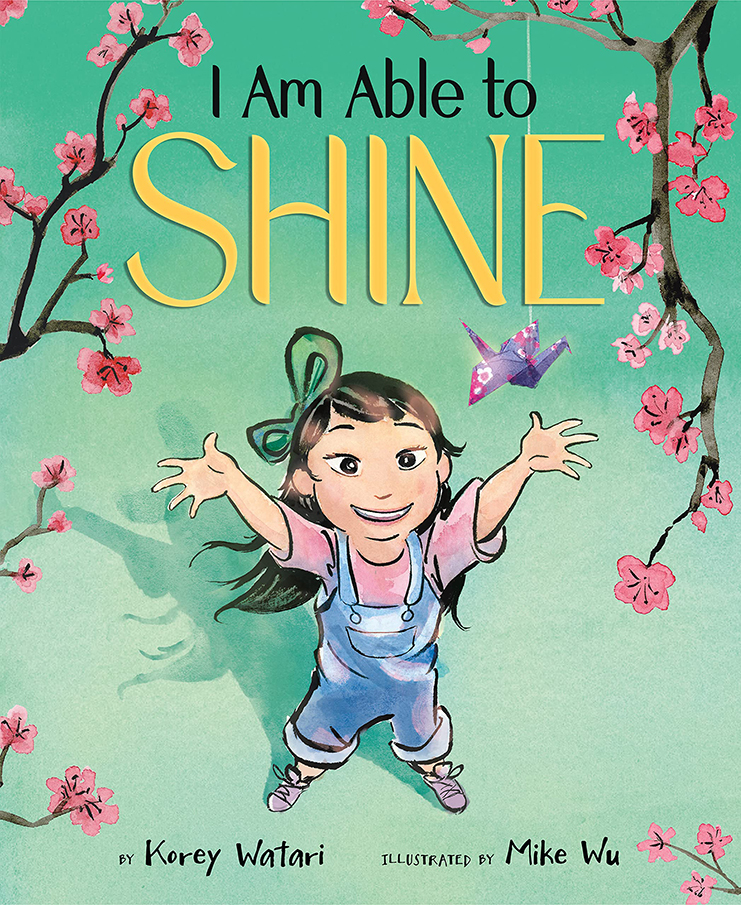 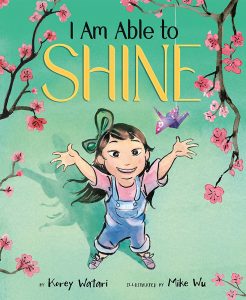 Inspired by her experience growing up Japanese American, debut picture book author Korey Watari has teamed up with her husband, Pixar artist and creator of the Ellie series, Mike Wu, to create I Am Able to Shine, the joyful story of Keiko, a young Japanese American girl with a big heart and big dreams.

Every night, young Keiko wishes to her paper crane, “I wish to change the world and shine.”

And yet, everywhere she goes she feels invisible – when she raises her hand in school or takes a turn in ballet class or is waiting to be passed the ball on the basketball court. “Why can’t others see me the way I do? I am a good person,” she repeatedly asks herself.

But her family does not allow her to be downhearted. Every moment of every day, they surround her with love. They remind her that she is always able to shine, “no matter what anyone else thinks.”

Watari, like Keiko, grew up invisible in her Los Angeles suburb because she looked different from most her neighbors and classmates. Now that she is a mother, she wants her daughters to have a different experience. She wants them to learn from childhood that they have a voice and that they can shine. I Am Able to Shine is great inspiration for those children like Keiko who struggle with looking different and having a culture different from the dominant culture.

Her parents’ unconditional love fills Keiko’s heart with strength and purpose. She is kind to everyone she encounters. With each overture of friendship, she learns to stand strong in the face of approbation. She refuses to let the kids around her “other” her. She proudly eats her bento box in the lunchroom even when everyone around her eats sandwiches and whispers about her. Slowly, the kids warm up to her, and her confidence blossoms. She starts an origami club and inspires creativity and art. She is proud that “her eyes are shaped like crescent moons and her hair is dark as night.”

As Keiko celebrates her differences, she realizes that the other kids now accept her for who she is. She belongs. She had always shone on the inside; but now, she is shining on the outside, too. She is now no longer afraid to raise her voice and share her thoughts and feelings with everyone. Watari shows Keiko loving herself as she grows up from a young girl to a teenager to a grown-up. She inspires those around and is in turn inspired by them. She becomes president of the United States and leads the world.

That scared young girl is now soaring up high, shinning in freedom, no longer imprisoned by her doubts and her differences. She has overcome life’s obstacles by being true to herself and in so doing has achieved her dreams.