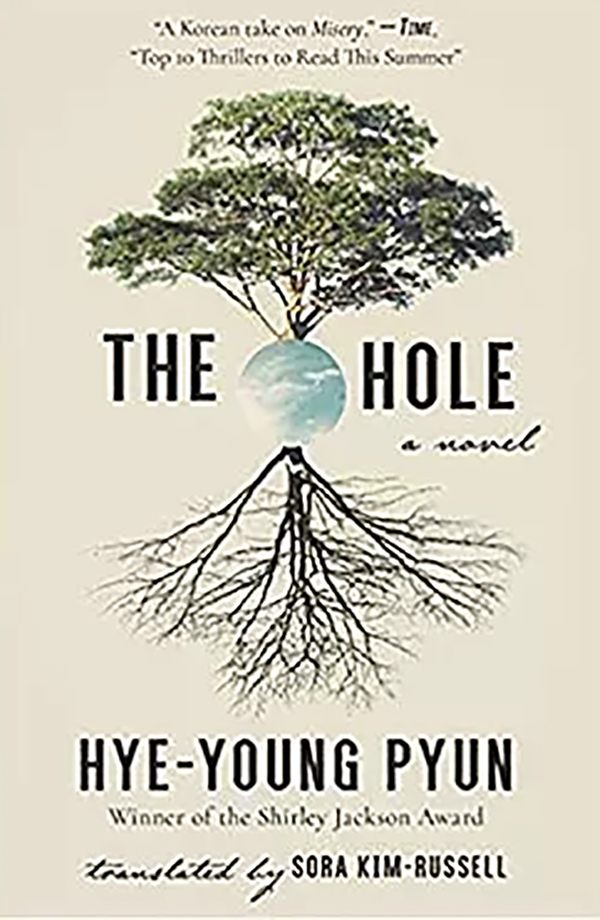 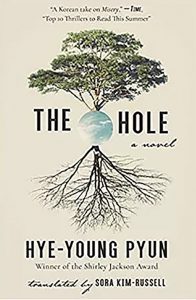 What does it mean to be truly alone? This is the question that Hye-young Pyun explores in her recent novel The Hole. In this tense and unnerving story, Pyun introduces Oghi, a nondescript, somewhat indifferent college professor. Before the story begins, Oghi leads a normal life – he teaches classes, attends conferences, socializes with colleagues and students, and spends time with his wife at home. That is until his world is flipped upside down by a car accident.

Now widowed, paralyzed, and robbed of any means of communication (even his jaw is wired shut), Oghi no longer can exercise any agency of his own. To remain alive, he is completely dependent upon his only remaining family, his mother-in-law.

As a half-Japanese woman raised in Japan, Oghi’s mother-in-law carries the air of an outsider. He hears her whisper frequently to herself “tasukete kudasai” (please save me). As she comes to learn more about Oghi by gaining access to her late daughter’s diaries and notes, she comes to blame him not only for her daughter’s death but also for her unhappiness. After moving into Oghi’s home under guise of caregiving, she takes up her daughter’s hobby of tending to the garden. But rather than tending, she begins to dig holes, numerous holes, larger and larger. As she isolates herself into Oghi’s abode, she devotes herself single-mindedly to tormenting Oghi.

As the relationship between Oghi and his mother-in-law develops and devolves, Pyun explores the moral complexity within each character. Though the two have entered a new kind of relationship – patient and caregiver, we slowly learn that not everything is as it seems. Oghi was not, in fact, always a loving and devoted husband.

Likewise, his mother-in-law is not the kindly and steadfast woman he had dismissed her to be. Just as Oghi is confined to bed, left nothing to do but consider his life, his mother-in-law, having assumed the responsibility of his care, is left alone in the home once shared by Oghi and her daughter to discover her son-in-law’s less savory side. As she begins to become aware of her daughter’s misery – due in part to the infidelity on Oghi’s hands and the coldness that had settled over their married life – she takes it upon herself to exact punishment. The resulting story is one in which the reader is never quite sure of who to trust and who to fear.

The titular hole in Pyun’s story is both figurative and literal. It might refer to the dark hole in which Oghi finds himself, one in which he is utterly helpless and suffers myriad humiliation at the hands of his nurse and later his mother-in-law.

As the latter seeks to curtail his connection to the outside world, Oghi is isolated from his doctors, friends, and even the view from his bedroom window after the installation of burglar bars and some thick vines.

His room becomes a prison. To pass the time, he analyzes ad nauseum the events of his life. If he hadn’t mocked his wife’s writing pursuits – something he admits to saying to anger her – and if she hadn’t angrily lashed out as he drove, would their accident never have happened? “If she had tried to calmly enjoy their weekend away and work on their relationship as they’d said they would when they first set out on the road, if Oghi had meekly apologized right away…if he had not made fun of his wife’s incompetence,” Oghi poses such hypotheticals hoping to come to some semblance of an answer but also knowing full well the hopelessness of his current position.

Through the relationship between Oghi and his mother-in-law, Pyun exposes the darkness lurking in everyday life as she explores their isolation and the holes that are dug for them and that they dig for themselves.