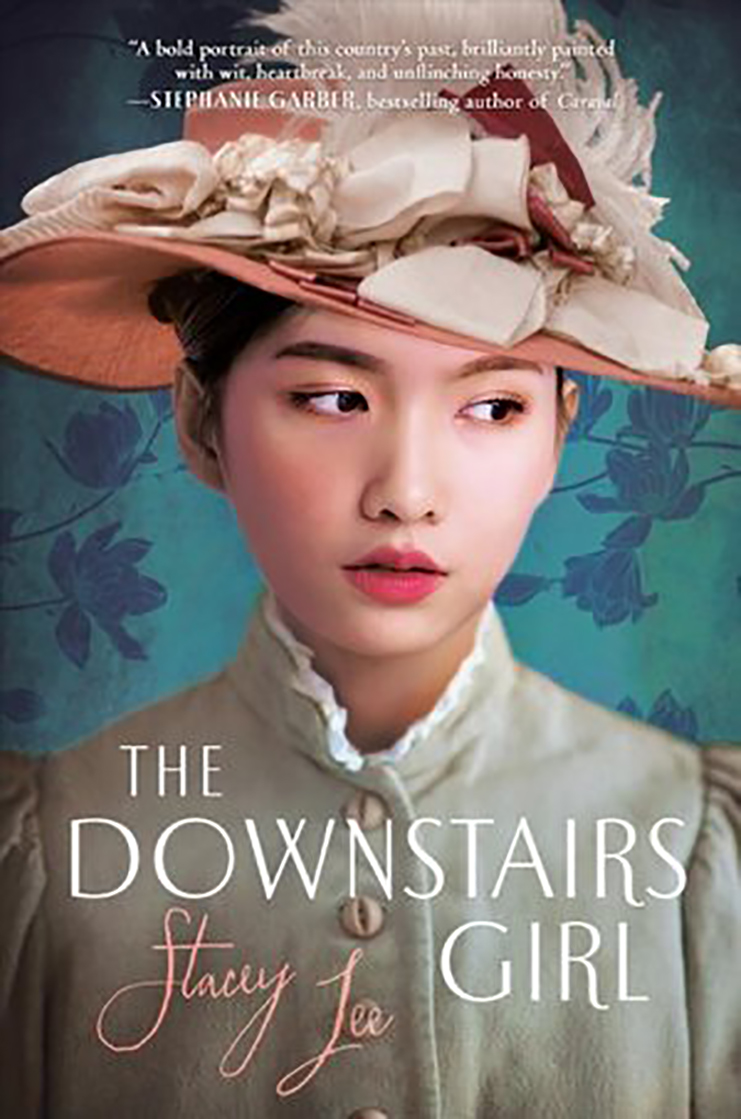 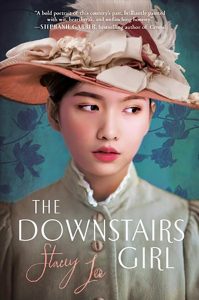 Well-written historical fiction for young adults is hard to find, but an exceptional work of fiction about a Chinese American young woman is a rare gift. The Downstairs Girl, by Stacey Lee, is an outstanding novel. The heroine is Jo Kuan, and this is Jo’s coming-of-age story which takes place around the year 1890. One of the best aspects of Stacey Lee’s novels is that her protagonists are young Chinese American women who are full of spunk, independence and intelligence.

Jo Kuan is an orphan, and in the book she wonders who her parents are and why have they left her with her guardian, Old Gin? Though she is grateful that Old Gin has taken care of her all of her life, she still yearns to learn about her parents; where are they and where does she belong? Could she come up with a way to learn who she is and show others that being Chinese is an asset?

Jo Kuan and Old Gin are almost invisible in the world of Atlanta, Georgia, in the 1880’s and 1890’s. Asians were neither White or Black and lived in the shadows of the community, as depicted int his novel. Jo and Old Gin found refuge living in the basement of the family who owns the local newspaper, which is where the novel gets its name. Few people know they were residing there.

Lee has created a story with numerous twists that weave in many human rights issues, which makes this young adult novel stand out. Lee also brings in romance, jealousy and every day prejudice. Jo Kuan sometimes tries to ignore racism and other times she finds cleaver ways to let people know she abhors racial and gender bias. Jo is a fighter and pushes folks to think about their prejudices. She does so in a creative way.

The Downstairs Girl is an excellent well written novel, full of twists and turns, and based on the history of the Gilded Age of the United States during which overt racism in the South was a destructive force against African Americans. Chinese immigrants filled some of the void left when Blacks were freed after the Civil War, but racism was still a powerful legal and social practice in our nation. The Gilded Age was a period of rapid growth of society from about 1870’s to 1900s in the United States. Lee also weaves in the human rights issue of suffrage. Though the story includes characters who stand up for women’s right to vote, it is clear in the book they were standing for White women and not Chinese or Black females.

Lee has also written other exceptional stories. She is a gifted writer who takes a time in history and makes it real. I especially enjoyed Lee’s novel, Outrun the Moon, about Mercy Wong and the San Francisco fire. I recommend Lee’s novels for young people and adults who are interested in learning about how Chinese Americans survived during extremely prejudicial times in our country’s history.