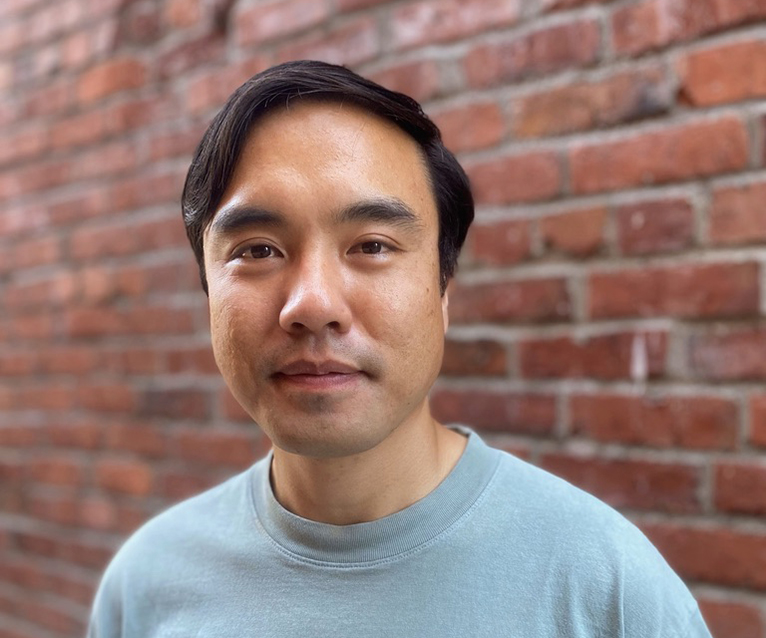 I’m in the MD/PhD program at the University of Washington, about two to three years into the PhD. I’ve been doing a lab-based PhD in the Molecular and Cellular Biology program and am currently pivoting into something very different thanks in part to the “Woven Together” exhibit at the Wing Luke. As a child of immigrants from Myanmar, most of my life I’ve felt invisible. Growing up in the California Central Valley, I knew older Burmese people through my parents, but I didn’t have a cohort of Burmese peers who shared my values and interests. Even after moving to Seattle for undergrad and having lived here for a little over ten years, I never connected with the Burmese community. More recently, as I’ve tried to do community outreach, I was intrigued by the Wing Luke’s process of community-engaged exhibit design, where input from the community is factored into the exhibit through forums and regular meetings with community leaders. For me to step into the Burmese exhibit at the Wing Luke was to step into a physical space dedicated to a community I identified with for the first time in my life. It was a powerful experience.

The exhibit is not only a history and arts exhibit. It describes a project where the museum collaborated with the youth of the Seattle Burmese diaspora to interview their elders and collect stories. For me, I sensed there were several layers of beauty to this project. One, the youth’s ability to build relationships with their elders, which was something I struggled with due to cultural and linguistic barriers. Second, the elder’s ability to retain ties to their heritage and culture. And third, the exhibit’s inclusion of experiences from the youth describing their difficulties with assimilation as refugees or children of refugees, such as feeling like they are losing their family language because they only speak English outside the home and not knowing whether they identify as American or as ethnic minorities.

At the time that I first experienced the exhibit, I had been taking time off from my program since fall of 2021 to take care of my mental health and to do some career exploration. I sensed that there is a connection between this storytelling project and mental health in terms of identity exploration and validation as well as community engagement and empowerment. During my time off, I also learned a lot about myself. I learned that I did not love being stuck in the lab all day by myself doing the same things over and over. I want to work with people and communities, which is why I did medicine in the first place.

I’ve also long had an interest in the arts and creativity, but as a child of immigrants from Myanmar, no one ever told me how to make a career out of that. I thought that science could serve as an outlet, but it didn’t work out for whatever reason. With these ideas in mind, I met with the directors of my MD/PhD program and told them that among the options I’m considering, I might drop biomedicine altogether and pursue the arts. I feel fortunate that they ended up listening to me and helped me brainstorm a new scholarly direction that weaves together these core values and interests of mine, and builds off the work I’ve done as an MD/PhD student.

I’m now pursuing a project that aims to develop public arts projects in partnership with communities to destigmatize mental health and address disparities that are unmet by the Western healthcare model. I hypothesize that art could serve as an alternative modality of expression for communities who, due to systemic forces of oppression among other factors, are not accustomed to identifying and expressing feelings, which is a foundational tool towards a better understanding of mental health and wellness. I see this struggle manifesting in my own lived experience and amongst the communities I love, where people are taught to shove their feelings down and power through difficulty. People end up living their whole lives with depression, anxiety, and PTSD and think that that is the normal way of operating. I envision public arts projects that can help evoke the practice of mindfulness and ownership of one’s own body, where people can get used to the idea of identifying and expressing feelings, sharing them with others, ideally across generations, and having a conversation about it. Ultimately, the final form of these projects will be determined by the communities who would like to partner with me, akin to the model at the Wing and as beautifully demonstrated through Woven Together.

All of this is to say that the work at the Wing is special. It has helped me envision a new direction for myself, and I am deeply in gratitude to those who have helped build this community.

Woven Together: Stories of Burma/Myanmar is on view at the Wing Luke Museum from December 3, 2021 through November 12, 2022 in the Community Portrait Gallery