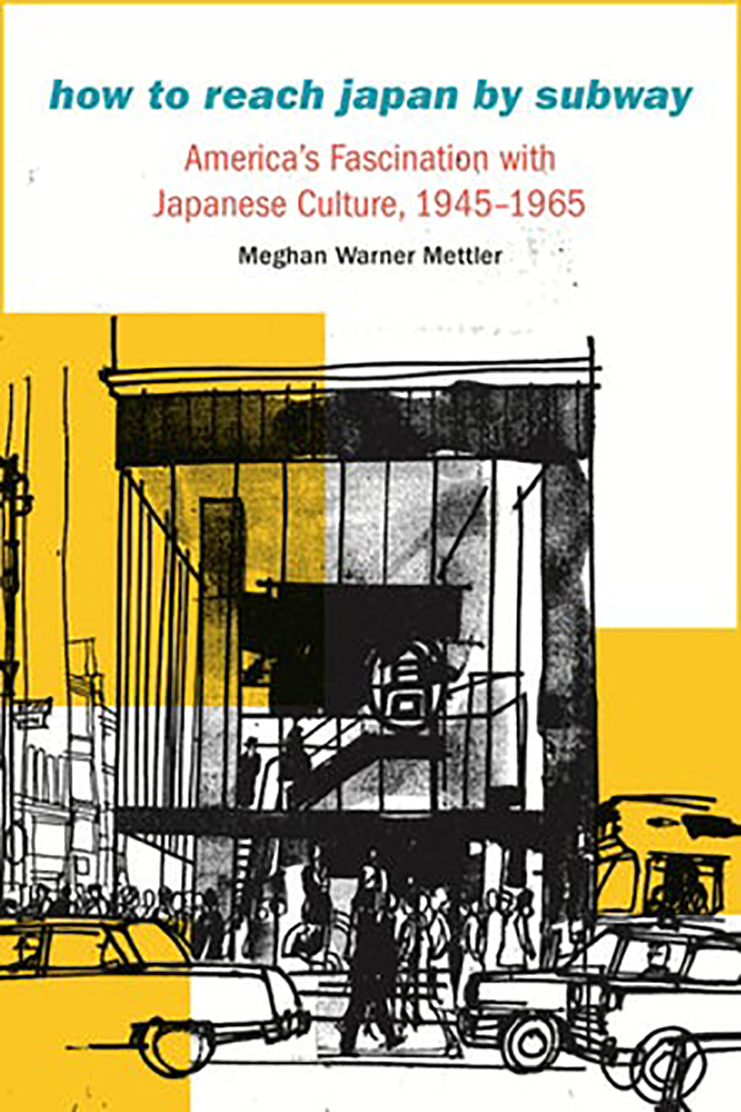 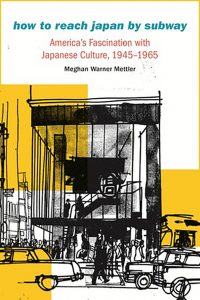 If your first mental image of a timeless Japan is a tranquil garden, an exquisitely dressed woman in a kimono, or a sparsely appointed room complete with shoji screens and tatami mats, you are not alone, and you may have the U.S. State Department of post WWII to thank. With remarkable swiftness, the excessively negative image of the wartime Japanese was thoroughly transformed following the end of hostilities in late 1945 with the American occupation. Prior to that, during the war, the Japanese were portrayed as treacherous, brutal, primitive, and not at all to be trusted; magazine and newspaper illustrations commonly and savagely caricaturized Japanese soldiers as sub-human, buck-toothe and near-sighted apes or bats.

How this transformation, and more importantly, why it happened is the subject of Meghan Warner Mettler’s How to Reach Japan by Subway: America’s Fasciation with Japanese Culture, 1945-1965, which chronicles this altogether unique popular wave that swept cultured America and made it into a golden age of high Japanese culture in this country. Even the current level of popularity catapulted by Japanese anime, manga and J-pop cannot match that height achieved during those postwar years and which continued well into the 1960s.

Charged with reinventing Japan with the highest ideals after WWII, the U.S. State Department and General MacArthur sought to reform Japan’s military driven society into a model democratic one. Claiming the higher moral ground, even above its wartime Allies who had pre-war colonies in the East, the United States had something to prove.

The added pressure of the fall of China to Communism intensified the situation, as Japan was one of the last footholds against it, and the U.S. was determined to strengthen the region through establishing Japan as a symbol of capitalistic democracy.

Popular support of this U.S. goal was crucial back home, and thus the formerly ruthless images of Japanese people would have to be transformed, especially for Pacific War veterans and their families. A new war on public opinion was put into motion with a fresh image of Japan which was more “feminine,” refined, peace-inducing, and without a trace of aggression. The underlying message was that the majority of the Japanese people had been misled and betrayed by a military minority, and that led to the disaster that was WWII.

These efforts to create this reformed impression, as well-intended as they were, were selective and not wholly reflective of the Japan that existed at the time, or of the direction modern Japanese were then choosing. For instance, the roots of Zen, whose popularity exploded in the 1960s in the U.S., were not ancient as was commonly thought, but rather stemmed from the recent 19th Century and Zen in the purest form was not widely practiced in the Japan at that time.

The popular rise of Japanese culture in America was further pushed along by the huge number of foreign military personnel living in Japan after WWII and during the Korean War. Military wives and their children took up local hobbies, and classes in Japanese flower arranging (Ikebana) and Bonsai were common. Once they returned home to America, many became unofficial ambassadors, some becoming teachers of these arts, thus spreading their new found love of Japanese culture. Also by carrying home antique and newly-made art objects, Japanese cameras and portable electronics, and other souvenirs, they further dispersed Japanese culture and with it a growing positive image of Japan. Even Godzilla, the iconic villain of Japanese science fiction films, became something of a cultural envoy during this time.

The scope of Metler’s thesis is sizable, and the author wisely limits the discussion to certain topics within a restricted time period, which makes her goals surmountable and her presentation generally effective. There are dedicated chapters devoted to post-WWII Japanese films, Ikebana/Bonsai, Japan-inspired residential design, Zen in America and a catch-all chapter of miscellany.

By its very nature, Zen is difficult to talk about, and to her credit, Mettler shows her substantial skills in making the impossible clear. Depending on individual interest, the other chapters can range from just avoiding the academic tedium of details to being fully engaging. But taken on the whole, the writing is quite readable and the topic fascinating.

Your ultimate vision of Japan might not change, but after reading How to Reach Japan by Subway, your understanding of the way America looks at of Japan and its culture will never be exactly the same again.