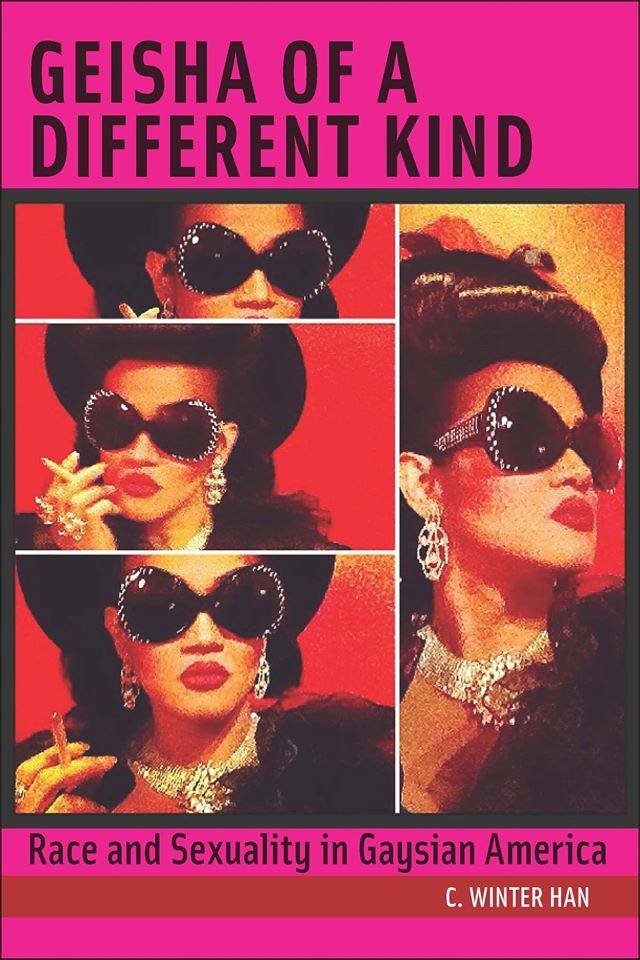 By the time the club lights come back on, the drag queens who have just competed for a crown have already changed into their post-competition outfits and have begun mingling in the crowd. The atmosphere in the room is noticeably more relaxed, as audience members and performers socialize casually and easily. As little pieces of paper, each containing a vote for a queen, are handed to pageant officials, there’s no campaigning or grand-standing. There’s no cattiness or show-boating. Instead, the queens are genuine in their affection for each other and for the people who have come to cheer them on.

Catching up with the winner, I congratulate her. “I’m glad you won,” I tell her. “Me too,” she says to me, “because I’ve got something bigger planned.” That “something bigger,” would come a few years later as she would go on to be one of the founders of the Mister and Miss Asian Pacific Islander American pageant. It would be easy, right now, in this moment inside the now well-lite nightclub, to assume that all she would do is to go on and establish yet another drag pageant in a city that already has more than its share. But that assumption would be missing the point. Tonight, the winner on stage may be easily mistaken for being just a “pretty girl,” wearing a crown. But in the next few years, she would become one of a number of gay Asian American drag queens who use their wins in drag pageants to turn racialized, sexualized, and gendered assumptions on their heads. Using the popularity and notoriety they gain by winning drag pageants, they will interrogate what it means to be gay in the Asian American community and to be Asian in the gay community. In the process, they will challenge the hierarchy of race and gender in the gay community by troubling the taken-for-granted assumptions about the desirability of masculinity and whiteness and the hierarchy of sexuality in the Asian American community by disrupting the taken-for-granted heterosexuality that has come to define the “Asian American” experience. Using the platform they earn, gay Asian American drag queens will force gay men to confront what it means to be racially desirable and disrupt the gender hierarchy that attempts to position masculinity as “better” than femininity, while simultaneously forcing Asian Americans to confront what it means to be members of a racialized community. And by doing so, gay Asian American drag queens will save us all.

Drag queens in the gay community

In recent years, mainstream media outlets have portrayed drag queens as champions of the gay community. Movies such as To Wong Foo Thanks for Everything, Julie Newmar, The Birdcage, and Connie and Carla as well as television shows like RuPaul’s Drag Race have portrayed drag queens at the forefront of gay life and on the cutting edge of gay culture. However, these portrayals largely fail to capture the complexity of drag queens in the gay community. Rather than universally celebrated and revered, drag queens are often stigmatized within the gay community where many perceive them as failed men who embody the stereotypes of the effeminate gay male. One successful Asian drag queen told me, “I won’t really tell people that I’m a drag queen when I first start dating them because when you come down to it, there is a lot of prejudice against drag queens.”

The nature of gay racial stigma towards Asian men

For gay Asian American men, gay racial stigma is intimately tied to how they are feminized in the gay community. Within the hypermasculinized gay culture, aversion to qualities deemed feminine stigmatizes gay Asian American men who are routinely perceived as more feminine than gay white men. Reflecting on the way Asian men are stereotyped in the gay community, one Asian drag queen explained how he capitalizes on those very stereotypes during his drag performances. According to him, “Well, being Asian, how can I be anything else? I mean, whatever I do, I’m going to be seen as exotic and femme. So yeah, I use that, I use that because it’s what they expect.” Gay Asian American drag queens understand that, as Asian men, there is an expectation that they would take on the drag queen role that requires them to perform emphasized femininity rather than allows them to use other drag forms that would challenge gender norms and constructs.

In his book Disidentifications, José Muñoz argues that queer people of color don’t create radically new narratives about themselves, but rather use existing narratives and re-launches them from their minoritized spaces. Members of subaltern groups do not live in isolation from the larger society. Instead, they are also a part and parcel of that community and are impacted by the various images and constructions found within that community. But the act of disidentification is not simply one of accepting the dominant discourse imposed on them, but a way of turning that discourse on its head, using it for entirely different purposes, and re-packing them for political purposes. Simply put, gay people of color have to work with what is already there in order to confront racism and homophobia.

Gay Asian drag queens were certainly aware of the stereotypes about Asian men. As Asian men, they understood that their range was limited. That is, they did not have the option to be campy or butch. At the same time, they understood that they could use the stereotypes about Asian men to their advantage at winning drag pageants that required more realness or feminine beauty. Winning drag titles gave them social capital in the gay community in that they became recognizable and well-known among gay men. Certainly, it provided them entry into social circles and leadership positions in the gay community that may not have been open to them in the absence of this notoriety. This notoriety provided them a public platform from which to challenge racism and homophobia.

But more important than personal rewards, successful gay Asian American drag queens were able to translate their personal gains into community gains. For many of them, having experienced and witnessed racism in the gay community and homophobia in the Asian American community, winning drag titles was not a means to personal rewards and entry into gay social circles, but a stepping stone to more active community involvement in both the gay and Asian American communities. For example, one of the most successful drag queens in Seattle, Asian or otherwise, has been the host of the Karaoke Contest at Seattle’s International District Summer Festival, the largest Asian American celebration in the Pacific Northwest, since 2005. In addition, she has also taken numerous leadership roles during Seattle’s Gay Pride Festival. Also, several well-known Asian American drag queens founded the Pride ASIA event. The annual event, first celebrated in 2012, was timed to coincide with other Gay Pride events in Seattle but held at Hing Hay Park, the symbolic heart of Seattle’s International District. Like the decision to hold the Mister and Miss Asian Pacific American Pageant at the historic Nippon Kan Theatre, also located in the International District, the decision to hold the event at Hing Hay Park was a conscious decision.

C. Winter Han is an Assistant Professor of Sociology at Middlebury College. Prior to becoming an academic, he was an award winning journalist and served for three years as the editor-in-chief of the International Examiner, the longest continuously publishing pan-Asian Pacific American newspaper in the United States. ‘Geisha of a Different Kind: Race and Sexuality in Gaysian America’, is his first book. It can be published directly from NYU Press, on Amazon, or anywhere fine books are sold.

The elephant in my rooms