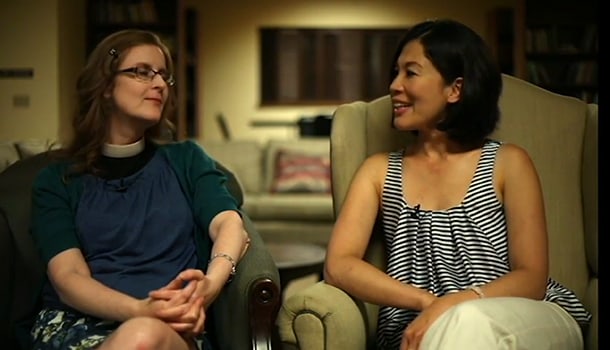 On October 15, 2018, National Pregnancy and Infant Loss Remembrance Day, the documentary Don’t Talk About the Baby released on the online platform Vimeo. It is the first film to address pregnancy loss and stillbirth and includes people from the Seattle area, including Dr. Lora Shahine, a reproductive endocrinologist at Pacific NW Fertility, Reverend Danae Ashley, associate rector at St. Andrew’s Episcopal Church, and myself, a local support group leader and ambassador for RESOLVE: The National Infertility Association. The film also includes footage from a 2016 support group meeting in Seattle.

Wonderful for its groundbreaking move to bring pregnancy and infant loss out of the shadows and encourage people who have suffered miscarriage, stillbirth, SIDS, or the death of a newborn, one element that did not make it into the film is how cultural factors play into these experiences.

On Dec. 24, 2009, I lost a 14-week pregnancy while hosting a dinner party. I’d spent the day cooking and cleaning. Just before the doorbell rang, I felt the twinges of what became an intense, very silent Christmas Eve miscarriage and after everyone left, a call to 911. When she came upstairs to ask why I had been absent during the party, I told my mother in one breath that I had been pregnant and lost the pregnancy. The next morning, my mother said to me in the kitchen, “What’s wrong with you? How could this happen? Nothing like that ever happened to me.”

Over time, I realized her comment, which in that fragile moment stunned me into silence, was steeped in a general lack of understanding about pregnancy loss, part of which is culturally rooted. Whenever I told an Asian relative or family friend that I had lost a pregnancy, I got a similar reaction. People often assumed that the slightest physical or emotional thing, such as heavy lifting, brief emotional upset, or motions like stretching poses may have caused the miscarriage. Some suggested that I should not work while pregnant and basically slow down.

“I think a lack of understanding and ignorance regarding miscarriage and infertility can lead to placing blame on the woman,” says Reggie Pope, a Filipino American in Seattle who has tried to conceive her first child since 2012. She has gone through four uterine surgeries and experienced two pregnancy losses, the last one in 2015 at 14 weeks. “For me, I feel that the religious beliefs of Asian culture, specifically Catholic religion of Filipinos, affects views on pregnancy loss. I heard from more than one of my family members that the reason why I had miscarriages or failed to get pregnant is because my lack of attendance at church. I was told that if I went to church more then I would have a baby.”

In complete contradiction to Asian beliefs, which border on superstitious, the Western perspective on the causes of miscarriage is much more reassuring. It takes the position that most miscarriages occur due to chromosomal or genetic abnormalities.

In 2013, there was a small, hospital-based, case-control study among Chinese women published in the Singapore Medical Journal that examined risk factors for early miscarriage. The researchers concluded that from their sample of 620 women, working night shifts and frequently staying up late were associated with an increased risk of miscarriage, but that further work in larger populations was warranted.

“Though I prefer how the American view makes me feel, I find that I can’t wholeheartedly forego all credibility in Asian medicine either,” says Joy Wong, a children’s ministry worker in Los Angeles and contributing author to Mirrored Reflections: Reframing Biblical Characters. “In our book, we talk about the Asian American advantage of “both/and” – the ability to hold two seemingly opposite views in tension. I still value my Asian and American heritage, but in the event of the miscarriage, the task of being “both/and” was particularly difficult.”

Western research on Asian women, miscarriage, and stillbirth has revealed health inequities involving South Asian women – those of Indian, Pakistani, Sri Lankan, Afghani and Bengali heritage – which calls for closer care and monitoring in the Western world, particularly toward the end of their pregnancies. This group has a slightly higher rate of miscarriage, 1.5 times, after in vitro fertilization (IVF), according to a study by fertility doctors in Birmingham, England, who looked at almost 14,000 IVF cycles.

In general, South Asian women have shorter pregnancies due to a rapidly aging placenta and are often allowed in the Western world to progress past full-term pregnancy, increasing the percentage of stillbirths (since the likelihood of stillbirth goes up past the 40-week mark of pregnancy). A stillbirth is defined as when a baby dies in the womb after 20 weeks of pregnancy.

South Asian women also have a tendency to carry smaller babies, and there is an increased likelihood of infant loss for birth weight under 4.4 pounds, which is more common among South Asian women. These tendencies are simply related to cellular constitution – not the fault of the woman.

To create change and combat the health inequities found among people among different ethnicities, more education and awareness among the general population is needed. Pregnancy loss happens to 1 in 4, and stillbirths to 1 of 167 pregnancies in the United States. Take some time during October, which is Pregnancy and Infant Loss Awareness Month, to watch the Don’t Talk About the Baby documentary on Vimeo and read helpful online resources or books to support loved ones. And rather than offer unsolicited advice, which runs the risk of descending into cliche, just be present for your friends – be there to listen and support.

Remember the baby or loss after the moment has passed. It means everything to the ones who wanted to meet and keep them.