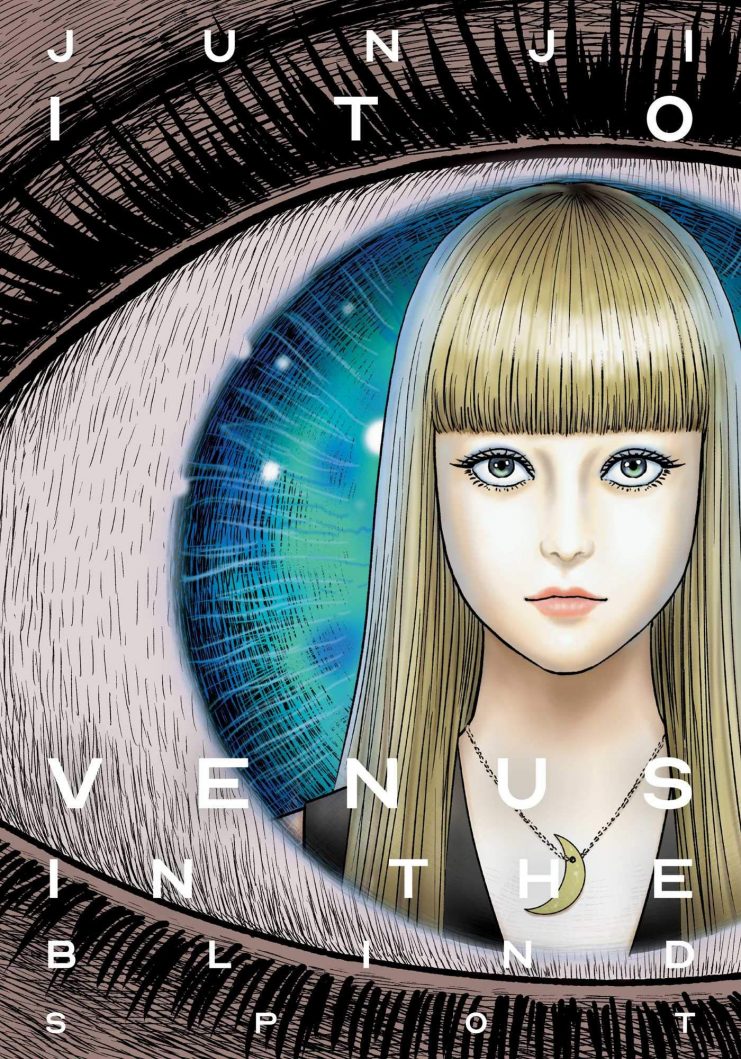 An airplane drops flyers that read: “Everyone, come together! Being by yourself’s boring. We’re all friends! Let’s all hold hands!” They are signed by a mysterious “Billions Alone club.”

Soon, the whole town realizes it’s too dangerous to gather in groups. Couples stay in separate rooms, parents separate from their children. It’s safest be a shut-in, alone at home — like the main character has been for most of his life.

Even though the story was written in 2002, the new English translation, presented alongside nine other stories by Ito in the collection Venus in the Blind Spot, has an eerie resonance during the COVID-19 pandemic.

Venus in the Blind Spot will please readers who are already fans of Ito’s work. The collection showcases the type of horror story Ito has perfected in manga form. As such, it also wouldn’t be a bad place to start for those new to his work.

Ito’s acknowledged influences include horror manga artists (one short story in the collection is an autobiographical love letter to manga horror artist Kazuo Umezz), as well as H.P. Lovecraft.

Ito’s stories often start in familiar settings, and lurch into bizarre, skin-crawling territory. Usually, there’s no explanation for the horrors — but none could add to their powerful impact.

In “The Enigma of Amigara Fault,” people flock to a fault in the mountains uncovered by an earthquake, pulled by an inexplicable urge. They find thousands of human-shaped holes carved into the face of the fault. It turns out that every person has a hole designed for their exact shape, and people feel the urge to climb into them. The main character has a dream of being stuck in his hole, surrounded by solid rock — and the rock starting to move, distorting and stretching his body.

As in many of the stories, Ito creates an outlandish situation, and makes it feel sickeningly real.

Throughout, Ito allows the reader to inhabit the perspective of the characters, showing us their apprehensive, fearful faces in close-up panels as they peek through a trapdoor or around a corner. Then, the characters — and we as readers — behold some horrible, shocking thing that fills a half or whole page.

This approach allows the reader to experience an uncanny fascination with the grotesque images Ito conjures — often, imaginatively horrifying configurations of the human body — even if we might need to take a deep breath afterward to process what we’re reading.

Ito’s playful humor runs also throughout the volume. It doesn’t detract from the horror, but makes it more bearable.

In “The Licking Woman,” a mysterious, demonic woman stalks the streets and gives people licks on the face that later kill them. There’s something equally amusing and horrifying about the sight of the woman approaching people,her huge, textured tongue hanging from her face, before licking them to death.

Three stories in the collection are adaptations from other writers: Two by Japanese writer Edogowa Ranpo (who took his pen name from Edgar Allan Poe).

Ranpo’s “The Human Chair,” the most unforgettable of them, seems like something Ito would have come up with himself. It takes a simple concept — a writer suspects someone is living inside the armchair she sits in — and spins a tale of sickening dread.

Not all the stories make as powerful an impression. The title story “Venus in the Blind Spot,” about a father who goes to extreme, sadistic lengths to protect his daughter from the attention of male members of a UFO club he founded, surgically preventing them from seeing her — just doesn’t strike the same notes of horror.

The story does conclude with a color page that pops with vivid pinks. The collection includes a generous amount of color. In “The Licking Woman,” a city street at night is bathed in an uneasy teal. Several stories begin in color, while others enhance the climax of the story with a carefully-chosen color panel. The volume includes an extra treat for fans of Ito at the beginning: Glossy color images referencing Ito’s other works, as well a Lovecraftian portrait of “Frankenstein in Innsmouth,” stitched together with parts human, fish, eel and octopus.

Venus in the Blind Spot is a slim, fast read, but the impact of many of the stories lingers.

What most of the stories share is the warning that human love and connection can be perilous, and can twist themselves into the most awful scenarios. Maybe being a shut-in — away from the deep holes in the mountains, the groups of people — is the safest choice.