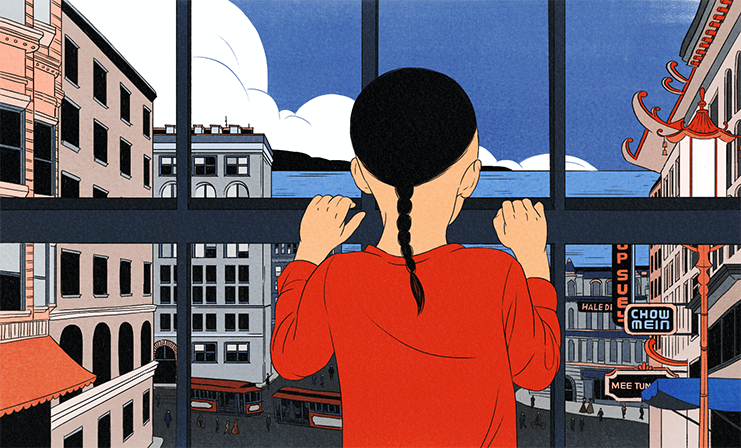 Has anyone questioned your citizenship? Has anyone ever said to you, “You don’t belong here. Go back to where you came from!” Meaning you are not an American and should go back to where you came from. This happened to me often in Eastern Washington where I grew up, yet if I was to go back to where I came from, that would have been Seattle, Washington, where I was born. Why didn’t other youngsters think of me as an American? I could also be an immigrant who became an American like Wing Luke, who was the first person of color elected to the Seattle City Council.

Race is a powerful element of American society. People judge others based on their skin color, physical characteristics, stature and cultural practices. I am Japanese American and many of the young people I grew up with did not think of Japanese Americans as Americans. I was seen as a foreigner and so did not belong in the United States, though I lived in the state of Washington all of my life.

I wish there had been a book like I am an American: The Wong Kim Ark Story so their teachers could read it to their students. The book is about how Wong Kim Ark went to court and fought for his right as an American citizen.

In 1873, Wong Kim Ark was born in San Francisco, California to parents from China. Chinese immigrants suffered much prejudice living in California. His parents left San Francisco in 1890 to go back to China while he stayed with relatives in California. Wong Kim Ark visited his parents in 1894 on a temporary trip. When he returned to San Francisco, he was not allowed to enter the United States because officials said he was not a citizen. He was put in prison because of the 1882 Chinese Exclusion Law that did not allow Chinese workers into the United States. Lawyers sued to get him out of prison in district court.

At that time Wong Kim Ark was about 21 years old. He argued that since he was born in San Francisco, he was a citizen. Members of the Chinese community pooled their finances and hired several lawyers to represent Wong Kim Ark. His case went all the way to the Supreme Court, and the U.S. Supreme Court ruled that due to the Fourteenth Amendment of the U.S. Constitution, since Wong Kim Ark was born in the United States, he was a citizen even though his parents were from China.

This is an excellent story to read to children to show that the United States is a diverse country, and its citizens are members of many different ethnic and racial groups. Every student and teacher should know who Wong Kim Ark is and how he helped to establish citizenship rights for people of color in the United States. Most learners and educators do not know about the contributions that many Asian American and Pacific Islander people have made to our civil rights.

Consider purchasing this book for your children or educators. There should be more AAPI role models presented in school. This book is an exceptional resource. There is additional information about the case at the end of the text. The timeline of historical events is especially informative. It includes dates about Wong Kim Ark’s life and different immigration legislation.

As Wong Kim Ark said, “I am an American.”