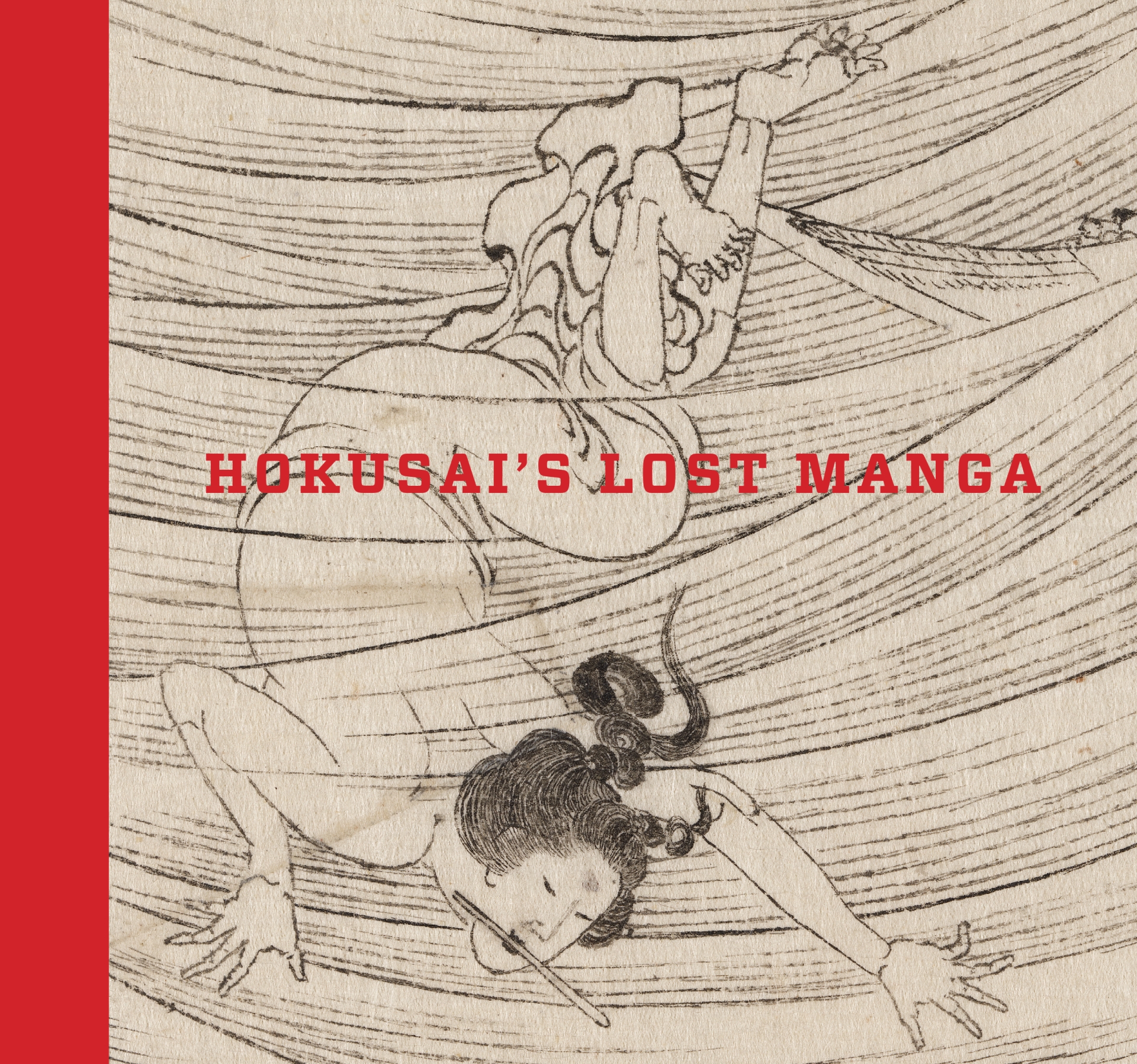 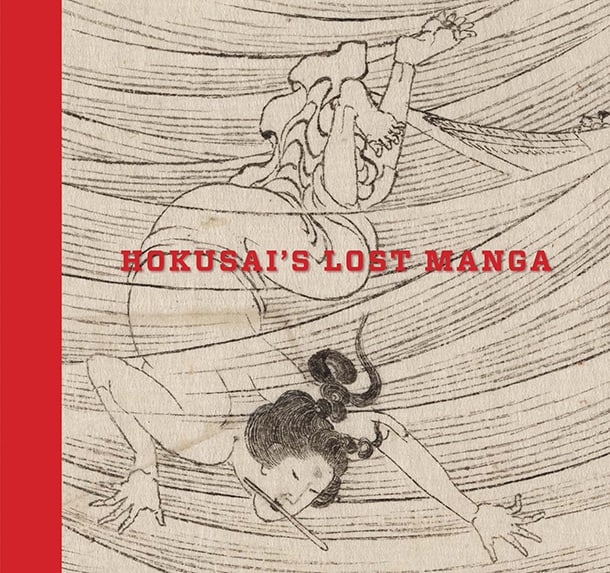 To many, Katsushika Hokusai (1760-1849) is the Japanese master world renowned for his iconic Edo-period woodblock print, The Great Wave, from the series Thirty-Six Views of Mt. Fuji. What is less known is that when these celebrated color woodblock prints were introduced to popular acclaim in the 1830s, he was already over seventy years old.

For over half a century before The Great Wave, Hokusai had a prolific career as an illustrator (his work accompanying poetry and fiction) and print designer. Some of the elements later found in the Thirty-Six Views of Mt. Fuji series—drawings of boats, travelling merchants, botanicals, and of course, waves—appear in a multivolume best-selling picture book series called Hokusai Sketchbooks (Hokusai manga).

Before we get into what makes the recently released Hokusai’s Lost Manga —an exciting and beautifully produced “follow-up” publication by the Museum of Fine Arts, Boston—a rediscovered treasure most likely created between 1823-33, a bit of explanation about what manga means is in order.

“The meaning of the Japanese word manga has changed slightly over the past centuries” writes Sarah E. Thompson, author and Curator of Japanese Art. “Today it means ‘graphic stories,’ but in Hokusai’s day it meant simply ‘informal drawings.’” As was the case with the original Hokusai manga series, the contents of Hokusai’s Lost Manga were presumably intended to be compiled into a woodblock-printed picture book for aspiring artists to learn how to draw from. However, for reasons that can only be speculated, the drawings remained unpublished, and eventually arrived in the form of a three-volume album at MFA Boston.

Whereas the original Hokusai manga illustrations were destroyed in the process of preparing them for printing, as was necessary with the printing process of the time, the drawings presented in Hokusai’s Lost Manga have remained remarkably intact. This allows today’s viewers to appreciate some details that would have otherwise been obliterated: the miscellaneous notes marked in red in the margins; corrections or additions which were sometimes patched in using smaller pieces of paper; and perhaps most importantly, the fine details of the brushwork with which Hokusai created these sublime, if informal, drawings.

Ukiyo-e, the predominant school of art of the Edo-period, favored ephemeral pleasures from urban popular culture known as the Floating World as their subject matter. Illustrations of merchants selling fine textiles, crowds filling street markets, and masked dancers do make an expected appearance in the MFA Boston three-volume album. What makes Hokusai’s Lost Manga especially fascinating, however, is how broadly Hokusai widened his subject matters from there. In no particular order, there are drawings of courtesans, farmers husking rice, architectural drawings, groupings of edible fish, landscapes of mountains and sea, mythical creatures, multiplication tables, doll makers, and much more.

In one of the vignettes of hardworking commoners—apparently a favorite theme for Hokusai—”the two men washing a horse … reappears as one of the most famous scenes in his Waterfalls series.” In addition to find drawings that clearly resemble iconic imagery found in later work, readers will also discover some surprising sets of illustrations that demonstrate the far-reaching range of the artist’s eclectic interests. One example is an enchanting grouping of astrological deities, which appear at the beginning of Volume 2 and are not found elsewhere in Hokusai’s body of work.

That the banal and divine intertwine with such ease in this book demonstrates Hokusai’s unparalleled artistic skill and genuine interest in drawing all that he saw and noticed around him. Thompson’s well-written introduction and annotations offer further context and detail into life in the culturally burgeoning Edo-period; the information presented is equal parts illuminating and accessible.

Almost two centuries after the initial creation, “Hokusai’s Lost Manga” is out in the world at last—and this formerly unseen collection is sure to become a rich source of historical insight and sheer aesthetic delight to the ever growing fans of Hokusai worldwide.