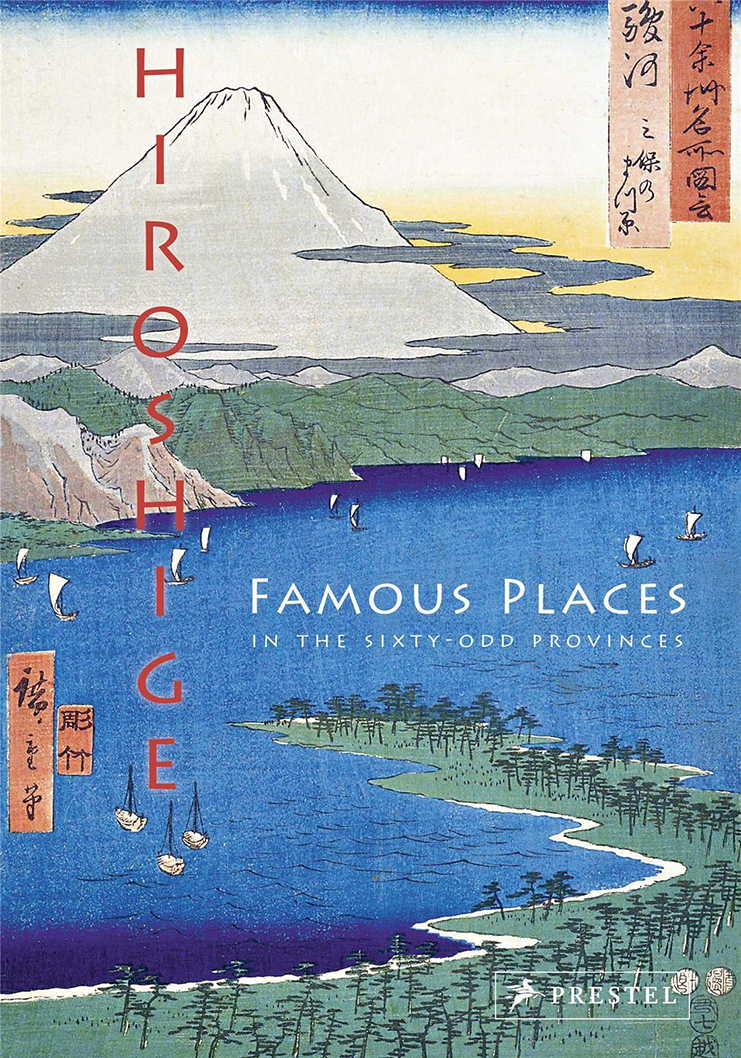 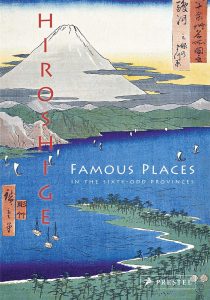 Travel and vacation pictures have long gone hand in hand. For many people, no trip is complete without amassing an album full of photographs to share with friends and family back home. But in the days before photography, people had other means of commemorating their travels. In Edo-period Japan, the mementos of choice were woodblock prints. These colorful, idealized landscapes were enormously popular with the public, who were enjoying the era’s newly established freedom to travel around the country.

One master of the genre was Utagawa Hiroshige. In his vivid and minutely detailed illustrations, the 19th-century artist captured Japan’s oceans, mountains, rivers, temples and cities. Prestel Publishing’s recently released Hiroshige: Famous Places in Sixty-odd Provinces is a handsome edition of one of the artist’s final works. The series of images, originally published between 1853 and 1858, highlights striking geographic and cultural scenes found throughout Japan. Far from gaudy souvenirs, the prints are elegant portraits of a bygone era. A rare combination of technical mastery and a poetic eye, Hiroshige’s prints are among the pinnacle achievements of Japanese art.

Famous Places in Sixty-odd Provinces adheres to the general design of Hiroshige’s earlier works, such as the famous work Fifty-three Stations of the Tokaido. But unlike that series, which portrayed scenes found along a single route, here he depicts picturesque locations scattered all around the country. Viewers will see a Buddhist temple in Kyoto, fishermen hauling in their nets in Wakasa Province, and crowds of New Year’s revelers in Edo. In a daring departure from his earlier prints, Hiroshige adopted a vertical format for this series, forcing him to experiment with framing and composition.

Although the artist did visit some of the locations he depicts, he didn’t always work from life. Many of his images were based on the works of earlier artists. Perhaps this is why so many of the pictures convey a feeling of heightened reality. It’s fascinating comparing his illustrations with online photographs of the locations as they stand today, seeing the ways he exaggerated, rearranged, and outright invented features in his attempts to capture the spectacle of his subjects.

The first thing readers will notice about this edition is its unusual format. Rather than following the design of a typical book, Prestel has arranged all 70 prints side by side in one long sheet. The sheet is folded, accordion style, to lay neatly between two hardback covers. The design recalls the illustrated scrolls of Japan’s past, but is more cumbersome to flip through than an ordinary book due to its lack of traditional binding. Additionally, the slightly diminutive 5″ by 8″ image size makes it difficult to perceive some of Hiroshige’s finer details. As attractive as this edition is, the art might have been better served by a more conventional format.

Thankfully the prints themselves are beautifully reproduced. Hiroshige’s lines are crisp and his colors vivid and well-defined. He and his printers took advantage of technical advances in printing to capture subtle color effects and transitions. In “The Kehi Pine Grove in Tsurugu,” for example, the cobalt sky is tinged with deep red at the horizon, while the ocean below is rendered in assorted shades of blue to suggest the water’s varying depths. Prestel’s publication retains all of the intensity and delicacy of the original works. This slip-cased edition also includes a short booklet that recounts Hiroshige’s life and times and provides a brief caption of each print. These captions helpfully point out historical and cultural details, providing readers layers of enjoyment beyond pure aesthetic appreciation.

Japan’s opening to the West in 1853 spelled the downfall of traditional woodblock prints. The graphic reality of photographs shortly overtook the fanciful interpretations of artists like Hiroshige, who himself died two years after completing this series. While travelers once purchased these prints as inexpensive reminders of journeys past, this edition invites modern viewers to acknowledge them in a different way: as remarkable works of art from one of the last great masters of his craft.