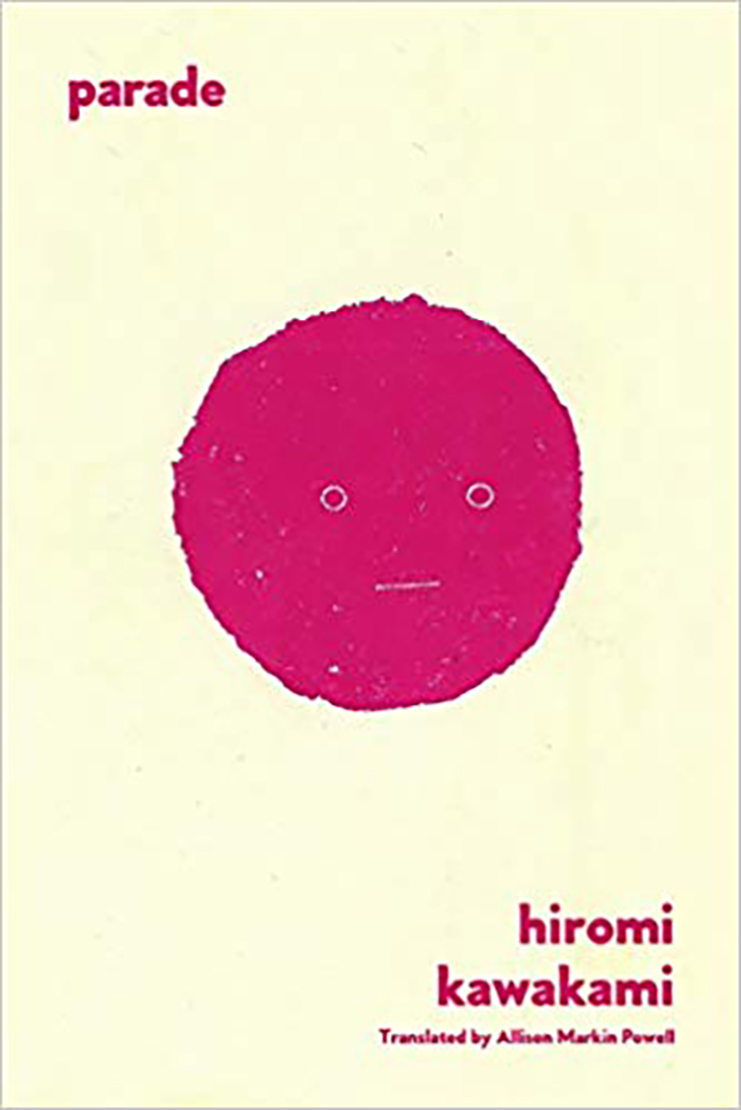 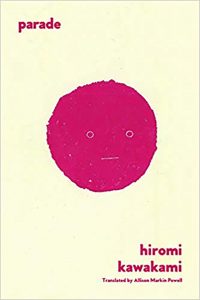 Bestselling author Hiromi Kawakami has been publishing celebrated, award-wining fiction in her native Japan since the 1990s. However, it wasn’t until this past decade that her graceful, dreamlike writing began to find a new audience of readers thanks to recent English translations of her work. Her latest is Parade, an atmospheric novella that will delight both devotees as well as newcomers looking for something out of the ordinary.

The book is a companion piece to one of Kawakami’s most acclaimed novels, Strange Weather in Tokyo – the story of Tsukiko, a lonely woman in her thirties, and her burgeoning relationship with “Sensei,” her former high school teacher. Parade brings readers back into the world of these unlikely companions, recounting a single summer afternoon of their time together.

Beginning like a conventional romance but rapidly transforming into a surreal fantasy-infused folktale, Parade is an unusual read. In its opening pages, Tsukiko and Sensei enjoy a home-cooked meal together before lying down on the tatami floor for a nap. After waking, Tsukiko is asked by Sensei to tell him a story from long ago. Replying that she wasn’t alive long ago, she instead decides to recount a story from her childhood.

One morning, she says, she was awakened from her sleep by the clamor of two strange creatures arguing in her bedroom. She soon discovers that the two are tengu – the red, long-nosed creatures from Japanese mythology and, stranger yet, that they have become somehow attached to her, following her around like two twin shadows. Believing that “a mother will always find fault with whatever items a child brings back into the house,” Tsukiko braces herself for a scolding but is bewildered by her mother’s nonchalant attitude toward her new companions. Afterward, she learns that her mother also had a unique friend as a child, only in her mother’s case it was a fox.

Arriving at school with the two tengu doggedly in tow, Tsukiko is surprised to see that some of her third grade classmates have mythological companions of their own. One of her friends explains that some of these creatures have been with their human companions for years but were invisible to Tsukiko until she had a companion of her own.

Later on, when a girl in her class is ostracized by the other children, Tsukiko discovers an alarming change in one of the tengu, compelling her to confront her own feelings toward the shunned girl and her classmates.

With its slim size, oversized font, and simple illustrations, Parade has the appearance of a children’s story, but it’s clear from the narrative’s emotional nuance and ambiguity that Kawakami wrote this folktale with adults in mind – and, like any good fable, it’s also a story with a message. However, whether that message concerns the trials of growing up, the responsibilities of relationships, or something entirely different is a matter Kawakami is content to leave up to her readers, writing in her afterward, “the world that exists behind a story is never fully known, not even to the author.”

Even without a clear-cut moral, Parade’s enigmatic story along with the translator’s deft handling of Kawakami’s understated, lyrical prose make for an engaging novella. Besides, it’s probably a fool’s errand to try to distill just a single meaning from the tale anyway. After all, when Tsukiko asks a classmate why she has been latched on to by these bizarre creatures, she’s told, “I’m not really sure. But you know, there are plenty of other things out there that don’t make sense, right?