The meeting included Nit Niranjan and Dr. Mani Vadari from the Hindu Temple Cultural Center in Bothell, Jugal Thakor from the Sanatan Dharma Temple and Cultural Center in Kent, and Shaykh Qasim Hatem, a resident scholar at the Mihraab Foundation, a non-profit Muslim organization.

In February, Hindu temples in Bothell and Kent were vandalized and targeted with graffiti. There was also anti-Muslim graffiti at a junior high school near the Bothell temple.

“I condemn these acts of intolerance, intimidation and violence,” Inslee said at a press conference today. “Diversity is a cornerstone of our state. It is what makes this such a great place to live, work and grow a family. I want to let all of those affected by the recent crimes that Washington stands with you.”

The governor also referenced an increase in violence against the LGBTQ community on Capitol Hill in Seattle.

“It’s disturbing that we see this in our state,” Inslee. “As a state we are leaders in the fight for civil rights for everyone. But there are still elements that act on intolerance and hate and we must, as a state, stand against that.” 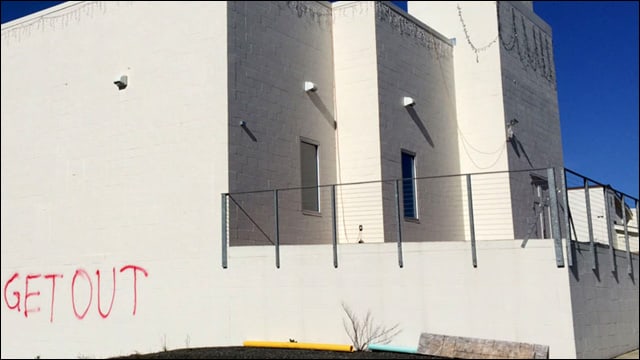