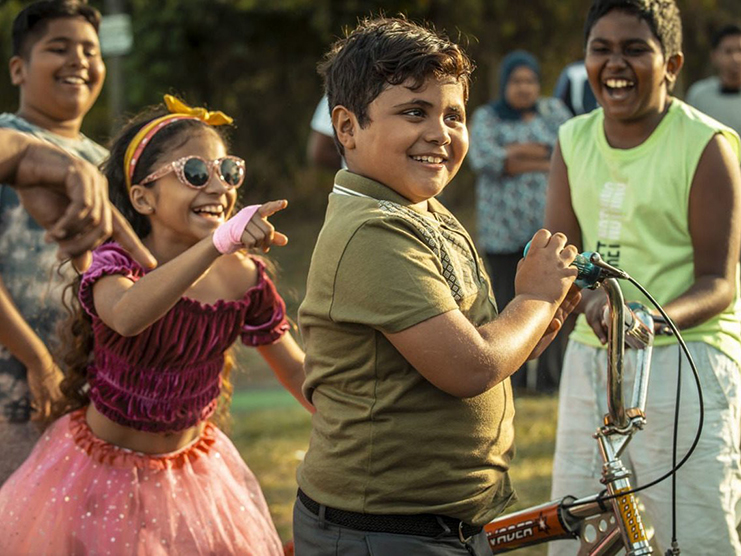 The 15th annual Children’s Film Festival in Seattle once again beckons parents and children to watch its curated selection of works from the US and all parts of the world at Northwest Film Forum and Rainier Arts Center on Feb. 27. For tickets, visit the CFFS website.

The following highlights feature films that may be of particular interest. For a full list, visit the CFFS website. 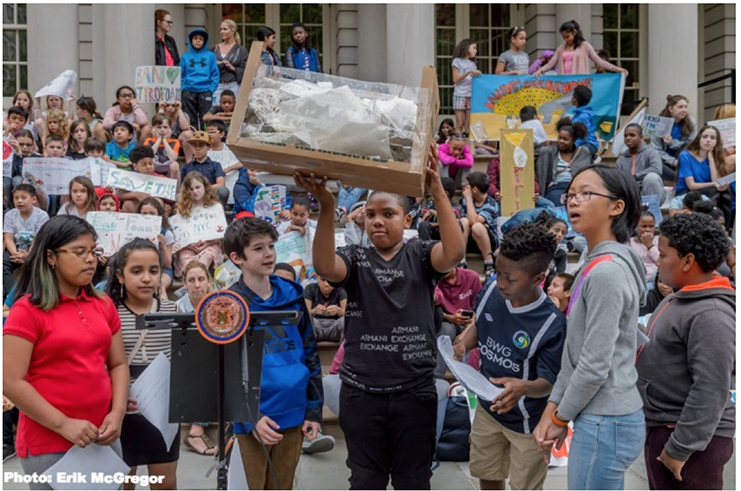 Since the fourth grade, the fifth graders at PS15 in Red Hook, Brooklyn, have been studying about the detrimental and long-lasting effects plastic has had on the environment. The students take the audience on a journey to learn about microplastics, the tiny pieces of plastic that come from the slow degradation of plastic waste that has escaped from the trash to the ocean. The children discover that plastic is everywhere, from the food we eat to the air we breathe. Microplastics, such as microfibers from clothing, can even be found in remote areas of the world, such as the Arctic and Antarctica.

The documentary includes interviews and presentations from experts in the field that the students have visited through field trips and interviews. Adults and children alike are bound to learn new things about plastic and help them become more conscientious about what they buy, own and throw away. 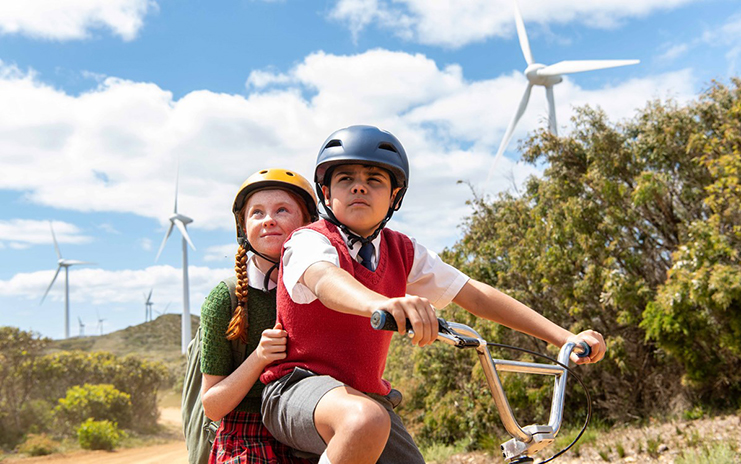 Candice Phee is a precocious and articulate 12 year old brimming with enthusiasm and mature beyond her years. No one would be able to guess from her thirst for happiness that her life at home is the polar opposite. Her mother has been clinically depressed since her baby sister died three years ago, and her father’s business venture with her “Rich Uncle Brian” had failed, leaving them struggling financially and her father’s relationship with her uncle beset with problems. Her exuberance in school and her zeal for words makes her unpopular, and her classmates shun her.

That all changes when a quirky new classmate enters her life. Douglas Benson claims he’s actually from another dimension and that he has been stuck in this world ever since he fell from a tree. Knowledgeable about multiverse and string theory, he informs her that he does not like the world he ended up in and is trying to return by looking for trees with higher depths to fall from. Concerned for his well-being, but simultaneously inspired by his tireless effort to return to where he came from, Candice resolves to fix her family.

After each of her comedic and well-intentioned failures, Candice comes to the realization she can’t make anyone happy, and although she won’t stop trying to spread her happiness, she won’t force it upon others. This film encourages empathy, kindness and compassion and is the perfect family-friendly film. 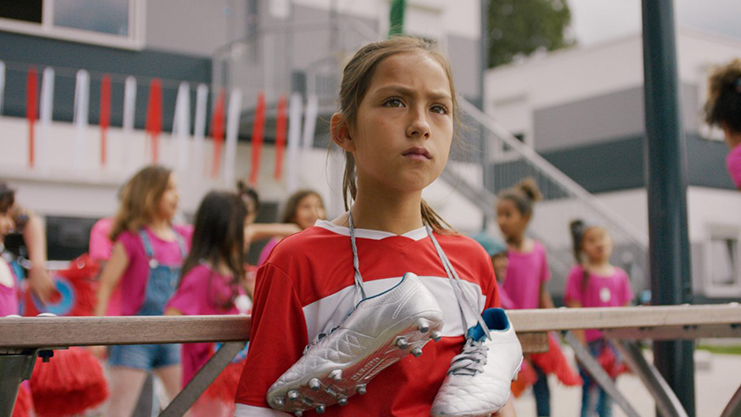 Zara, 9, wants to be part of the Refugees Selections Team, the soccer team at her asylum seeker center in the Netherlands, like her two older brothers, Ibi and Illi , but no one will take her seriously. Instead she is often subjected to the most menial tasks, such as cleaning after the team members. Taking pity on her situation, a guardian angel comes to her rescue and gives her a pair of silver “Wondershoes” that makes her play well. Angel will only allow her to keep them until the end of the finals match the following week.

When one of her brothers gets hurt on the field, Zara gets to test her new shoes and proves to be a valuable team member. Jealous, her brothers steal her shoes, only to be kidnapped by crooks. It is up to Zara to figure out where her brothers are and to save them before the tournament final. Tested to the very end by bad people and some difficult situations, she discovers what is important to her and finds the courage to fight for her values and the people she loves. Will she manage to find her brothers and keep the bad people at bay? Find out in this six-part series, which was filmed in six different asylum centers and where 300 refugee children acted and helped produce the series.

Harold and his father Dev Singh move from the comforts of Johannesburg to a small community in the Sugar Hill District of Natal Province, South Africa, in 1989. From the beginning, it is clear to their neighbors on Mulberry Street that the Singhs are financially better off, drawing the curiosity of the Chettys, their next door neighbors, and the unwelcome attention of Raja, the local pistol-wielding, flamboyant thug who demands a monthly “protection” fee to avoid confrontations from him and his henchmen, Size and Reggie. Unaccustomed to the laidback and open friendliness of the community, the Singhs are put off by their neighbors’ interest and want to be left alone since they are mourning the loss of Mrs. Singh.

Tikky, the Chettys’ oldest child, is a boisterous and spirited rapscallion who aspires to be like the heroes he sees in his beloved Bollywood films. Surprised to see how little Harold knows of his Indian background, Tikky sets out to introduce him to the things he loves and lures Harold out of the confines of his home. Through his influence, Harold heals from his mother’s death and becomes more exuberant and daring.

Both want to exact revenge on Raja: he took Harold’s bike, and Tikky wants Reggie, his father, to stop working for him. Although his father does not want to work for Raja, he is not under the best circumstances to leave. How will Raja end up getting what he deserves? Find out in this coming-of-age film about loyalty, friendship, adventure and discovery. 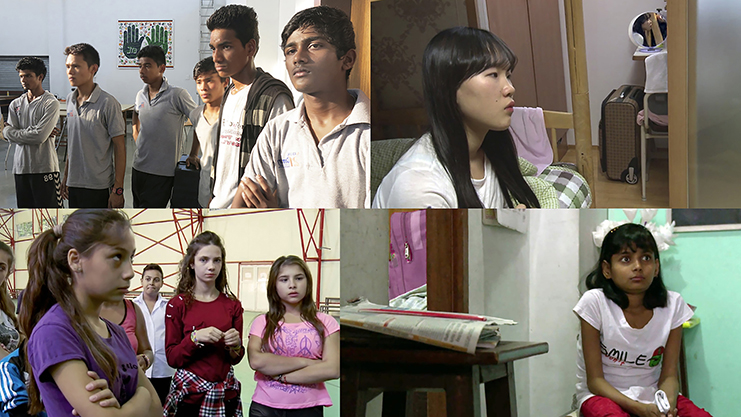 Battery Dance Company has been operating out of New York City for over 40 years, sending its dancers all over the world for six months to encourage young people to express themselves through dance. This documentary follows six of the company’s dancers as each of them are sent to India, South Korea, and Romania to teach them the principles of dance and to help them choreograph their own work. Separately, they teach a passionate Iraqi man through Skype whose culture discourages him from dancing.

Moving Stories show the trials and tribulations of the dancers, who come from different backgrounds themselves, as they try to teach kids who are marginalized and have endured societal hardship. In India, they help kids who are from the slums. In South Korea, they teach kids who are North Korean and Chinese defectors along with South Korean kids, encouraging them to integrate and work together. In Romania, they teach Roma kids, who often live in poverty. This inspiring film shows the powerful ability of the arts to heal and its ability to act as a form of release and communication. Watch these teachers’ journeys as they work to help the kids choreograph a work of their own.