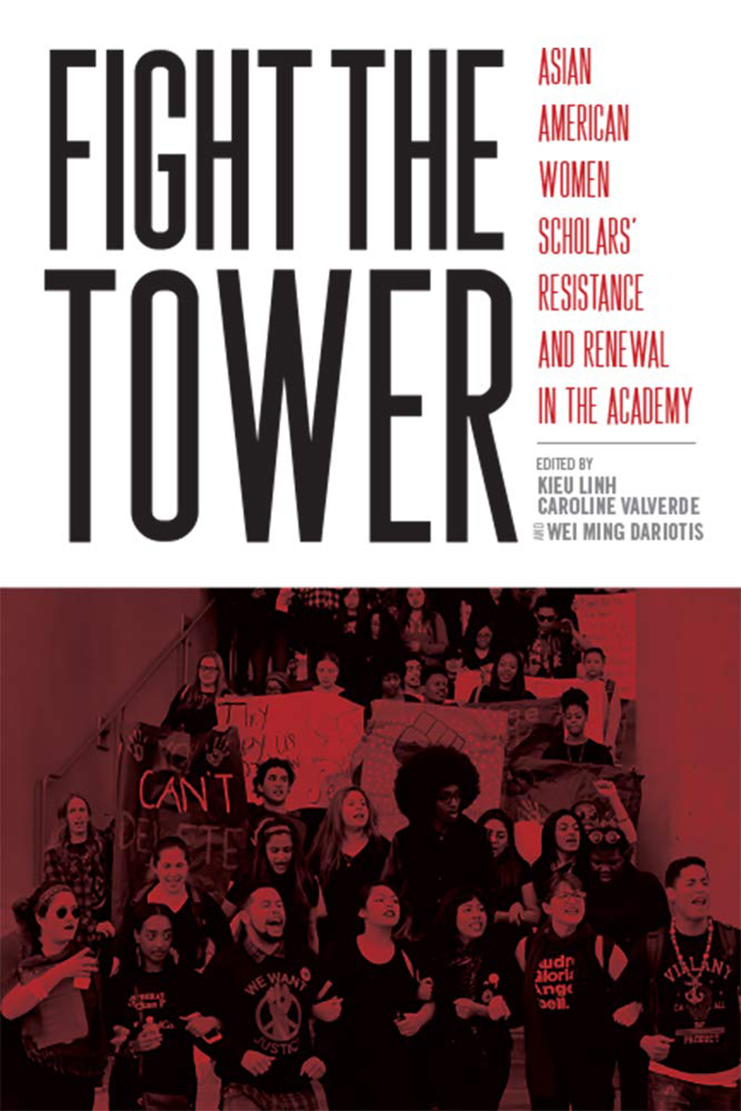 My first oral history project was for an assignment in a class called Women of Color with Dr. Artee Young at the University of Washington. I interviewed Tomo Shoji, a community activist who would later create and perform her own one woman show, Nisei: a Love Story, drawing upon such interviews. When I began teaching women’s history and Asian American Studies, I realized how critical women’s voices are to telling our community stories. 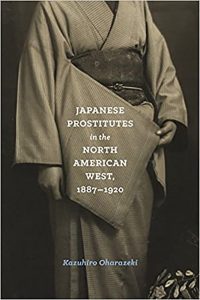 Let’s start with Kazuhiro Oharazeki’s definitive book, Japanese Prostitutes in the North American West, 1887-1920. Oharazeki’s biliterate skills supported thorough research of Japanese language sources, such as community newspapers (ads of runaway barmaids; advertisement for barmaids in Cheyenne, Wyoming) and records of more than 300 individuals as part of official reports of the Diplomatic Record Office in Tokyo. This scholarly analysis examines the cultural contexts of Meiji Japan, the transpacific economy and the U.S. West Coast.

Yuji Ichioka, a pioneer Japanese American scholar, coined the term, “Ameyuki-san” – “Ame” means “America” and “yuki” means going – to describe Japanese women, usually from impoverished farming families from Kanagawa and Shizuoka Prefectures, who were lured to America. Through treaty ports like Yokohama, ameyuki-san might first go to Canada, hoping to evade strict border controls. In British Columbia, they might work in Nelson or Rossland. In Washington state, Seattle or Spokane; other destinations included Butte, Montana; Boise, Idaho; Salt Lake City, Utah and many cities in California (Sacramento, Stockton, San Francisco). The destinations were usually trading centers and mining towns, with high concentrations of male workers. At the zenith, there may have been as many as 1,000 ameyuki-san but the rise of Japanese imperialism shifted the focus of prostitution to Japanese colonies in Asia, precursor to the “comfort women” instituted by Japanese military during World War II.

The early 20th century also saw the rise of anti-prostitution reformers, including the Women’s Christian Temperance Union (WCTU) which had a Japan branch. In Seattle, the Japanese Baptist Church of Seattle founded a Japanese Woman’s Home, and in San Francisco, Presbyterians established the Chinese Mission Home, later called Cameron House after its matron, Donaldina Cameron who rescued both Chinese and Japanese prostitutes. Reformers, notwithstanding, ameyuki-san used various means to leave sex work including marriage or court cases.

Oharazeki addresses social stigma in both Japan and the North America, as well as racism that constrained ameyuki-san. Their resilience is one thread of Asian feminism as expressed by Yamada Waka who escaped a Seattle brothel in 1903, eventually finding her way to the Chinese Mission Home in San Francisco. Yamada returned to Japan and joined Seito (Blue Stocking), a feminist group that advanced women’s equality. Yet even as Japanese women’s rights improved, Japanese imperialism reinforced traditional gender roles. Comfort women, sexualized enslaved by the Japanese military during World War II, are still seeking restitution from the Japanese government, as well as inclusion in the teaching of this era. 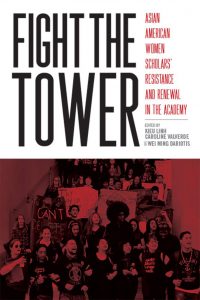 Fight the Tower, Asian American Women Scholars’ Resistance and Renewal in the Academy, an anthology edited by Kieu Linh Caroline Valverde and Wei Ming Dariotis, challenges higher education as a site of intense struggle that literally costs the health and well-being of Asian women graduate students and faculty, as well as denying them recognition of their scholarship and gaining tenure (only ~30% faculty positions in U.S. higher education are tenured, “permanent” employment except for extraordinary circumstances).

Editors Valverde and Dariotis reference Presumed Incompetent, both anthologies (2012 and 2020) critiquing the experiences of women of color faculty in higher education as catalysts. At my college, Seattle Central, the first anthology, subtitled “Intersections of Race and Class,” was a centerpiece for our women of color affinity group, fearlessly naming and describing the battles that so many of us fought, thinking that we were alone.

Fight the Tower explicitly challenges readers to action from the opening Women of Color in Academia Manifesto (also published on the website fightthetower.com) to the conclusion: turn research into action and join the movement to build a new academy of liberatory education that models and “fosters the kind of respect and empathy upon which social justice is built.”

Each part of Fight the Tower opens with a poem that powerfully expresses the journey of W.P., from “Waking” to “She Shall Not be Moved.” The editors use metaphors from Star Wars to weave together the 14 authors’ struggles, from the allure of the Dark Side to unity with the Force. The pain, strength and resolve expressed by these writers tells me how far we have come, yet how far we have to go. Rani Neutill’s “How to Leave Academia” haunts me as I write letters of recommendation for students of color, so full of dreams.

Neutill exposes the brutality of higher education where there are so few full-time positions, and the hiring process too often works against women of color applicants. In addition to a transformed Academy, a more just society would value and encourage achieving doctorates instead of throwing them away as overqualified misfits in a technology-oriented economy. 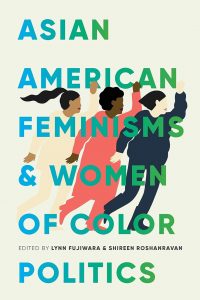 Asian American Feminisms and Women of Color Politics, edited by Lynn Fujiwara and Shireen Roshanravan, provides a road map in developing Asian American feminist theory and coalitional politics. The editors asked their contributors to address how Asian American feminisms’ concepts, theories and strategies are “in dialogue with the coalitional politics of Women of Color and U.S. Third World feminisms.” The 12 essays in this collection are organized by five themes: historical contexts, gendered politics, decolonizing Asian settler colonialism, repositioning culture clash and weaponizing (in)visibility. These essays use and explain theoretical terms and frameworks. A concept that I’m still pondering is incommensurability and how this complicates the diversity among Asian American feminisms.

As a historian, I appreciated Grace Kyungwon Hong’s “Intersectionality and Incommensurability – Third World Feminism and Asian Decolonization,” especially because one of her sources is interview with Christine Choy (whose documentaries always occupy a favorite space in my courses) about her work with the Third World Women’s Alliance (TWAA). Choy’s unique background embodies the breadth and depth of Asian Americanness. Choy’s parents (Chinese mother, Korean father) raised her in Shanghai, Hong Kong and Seoul. While attending Columbia University, Choy became involved with the TWAA, as she felt affinity with the mainly Black and Puerto Rican members. Hong examines TWWA’s publication, Triple Jeopardy, in terms of its anti-racist and anti-imperialist analysis of issues both within and outside their movement. Such solidarity has roots in the early 1970s that help us better understand and build relationships today.

Stephanie Nohelani Teves and Maile Arvin’s “Decolonizing API, Centering Indigenous Pacific Islander Feminism” denounces the term Asian / Pacific Islander (API) because it “forecloses genuine possibilities for allyship for erasing differences between and among Asian Americans and Pacific Islanders.” Teves and Arvin clearly center the Moana as distinct and separate from “Asia” – indeed, Asians have often exploited and privileged themselves above indigenous Pacific peoples. For example, Asians who settled in Hawai’i, initially as plantation workers and later as entrepreneurs are dishonest about their own settler colonialist status and effectively erase native Hawai’ian identities.

These three books are invaluable in complicating how we teach and think about Asian American and Pacific Islander women’s experiences. These brilliant scholars challenge higher education to be truly liberatory – on our terms, as Asian American feminists.