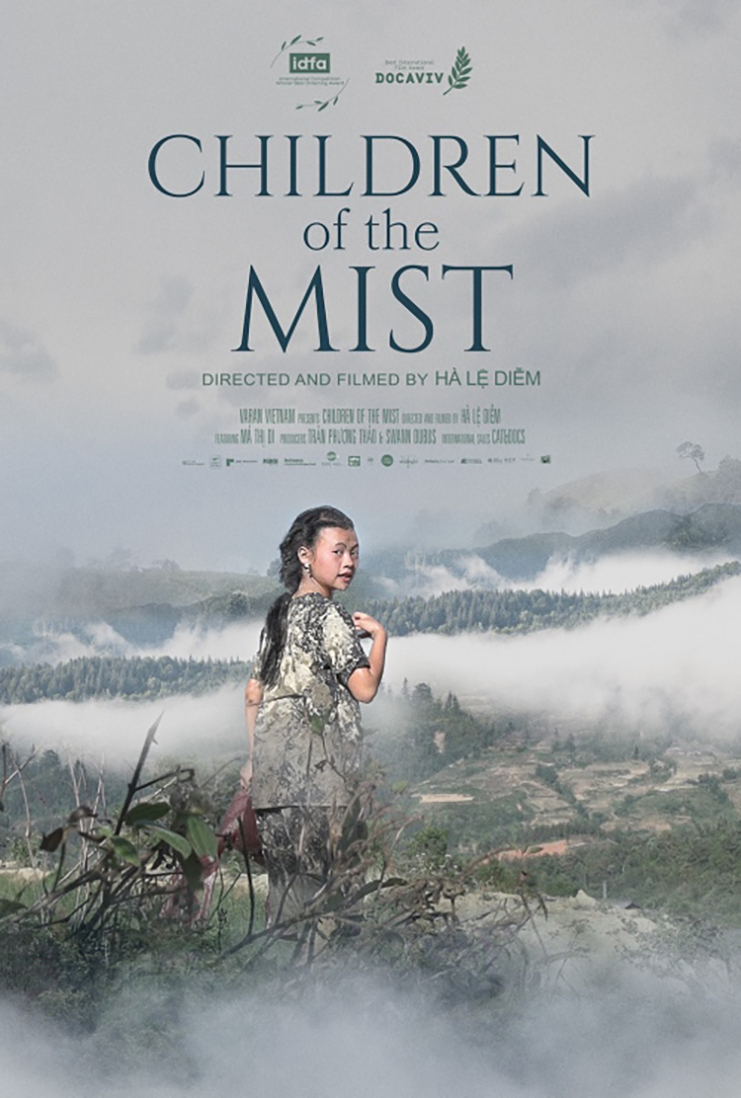 Ha Le Diem’s film Children of the Mist focuses on traditional marriage customs of north Vietnamese Hmong communities, and originally received a viewing in Seattle during the 2022 Seattle International Film Festival.  Now, the film returns to Northwest Film Forum for another short screening in January, 2023.

The central person in Diem’s documentary is Di, a pre-teen girl, who during the course of filming, is the victim of “bride-napping,” a local custom that allows boys and their families to kidnap a girl with the aim of persuading her to marry the boy in question.  While the girl may, in theory, refuse the offer after three days of being held, such refusals are not always respected in practice, and this creates a sense of dread for the film’s viewers on Di’s behalf.

This documentary arose incidentally after Diem originally visited the Hmong village in 2017 with some Hmong friends to set up a workshop for children.  “The workshop invited many artists, painters, photographers, puppet artists and filmmakers to show their work to the children and share their knowledge with them,” Diem said. “I taught Di, the protagonist of Children of the Mist, and her friends how to use the camera to film what they were interested in. When we watched the footage altogether, the children were so excited and laughed all the time.”

Diem did not receive an introduction to film as early as her Hmong students did.  “When I was a little child in the mountains of Northern Vietnam, there was no electricity, no television,” she recalled. “In the night, the thick darkness covered our quiet little house in the deep forest, just the light from the fireplace that helped me read and do my homework from school.”

Then the Vietnamese government created mobile cinema tours to screen feature films about the war.  “My mom was so excited and she took me from our little house in the forest on a long walk down to where they screened films in the nearby villages,” Diem remembered. “These people who I’d never met were suddenly a part of my reality!”

As a child, Diem found the experience magical.  “The light from the old projector, the smell of the rusted electric generator, the sound of audiences laughing, crying, and my mom’s sparkling eyes,” she recalled, “everything turned into vivid and miraculous memories for me.”

This was just the beginning for Diem.  “When I was sixteen years old, every summer night I sat under a big tree near our house and spent hours just watching the stars and galaxies light up in the sky,” she said. “I felt so humble and there were so many things I needed to discover outside our little village.”

So she shared her dreams with her family.  “I convinced my parents to allow me to leave the village to go to Hanoi, the capital of Vietnam, in order to learn about this wide world,” she said. “Luckily, in 2021, I was admitted to a documentary workshop run by The Centre for Assistance and Development of Movie Talents (TPD) and, before that, to documentary workshop from Varan Vietnam in 2016.”

After four years of filming, Children of the Mist was released in 2021.  “The film had its Vietnamese Premiere screenings at Hanoi international Film Festival last September,” she said. “All the tickets were sold out in five hours!”

Diem and her team have been working to disseminate the film more widely, especially those whose community is the film’s focus.  “We have plans to show the film in remote rural areas where Hmong people live,” she said. “The film also received requests to watch the film from the Hmong community in America.”

Children of the Mist won the Best Directing award at the International Documentary Filmfestival Amsterdam (IDFA).  “Because of the Covid lockdown, we couldn’t check the final version of the film after finishing the post-production,” she said. “The post-production company shipped it directly to IDFA. I flew to Amsterdam and when I finally saw it on a big screen, I cried with happiness!”

But she didn’t expect the film to win an award, even after the IDFA staff asked her to sit with other filmmakers near the award stage.  “We were shy and thought that there was no way we would win any award, because so many talented filmmakers were there with their films!” she recounted.  “So we decided to run and hide.”

That only made the announcements sweeter.  “We were sitting in the last row of seats with another filmmaker from Myanmar, far away from the stage, eating candy and talking nonsense,” Diem admitted. “And then, big surprise! The Belarus filmmaker won two awards and I did too! We couldn’t believe it until the awards ceremony ended!”

In Diem’s interviews with Variety and with Eye for Film, she mentioned that Di and her parents had not yet seen the film due to the Covid-19 pandemic, and that still remains true today.  “I would like to screen it just for them so they won’t be surprised the first time they will see a public screening,” she said. “On the other hand, I wish they could see the film for the first time in a beautiful theater, with an important audience because I know the people watching the film love them and it will give them so much emotion to discover the film in these conditions.”

But it’s not only the emotions of Di and her family that concern Diem.  “The biggest challenge for me in creating a career as a film director is how to contain my emotions when I spend a lot of time with the protagonists,” she shared.  “I realized that huge threats were about to arise in their life and that their future could be compromised or even destroyed.”

Diem felt personally invested in the story she was witnessing.  “I was sometimes more sensitive than my protagonist who didn’t really care or understand,” she marveled.  “I was carrying this responsibility alone and I felt helpless, hopeless.”

As a filmmaker, Diem knows she will have to find the right balance of closeness and distance. “I was constantly wondering how I could help them, but also how to keep my own life balanced to overcome the stress and keep on working,” she said.  “My sensitivity is a gift, but it also corrodes me if I don’t pay attention. It can be dangerous not to control my emotions.”

Diem still thinks about Di, because for Diem, the subject of the film is not just a subject. “They are human beings, just like me, and I must listen to them and love them as if they were my family or my friends,” Diem said. “I have always tried to listen to people to discover their realities, their hopes, their dreams.”

She also feels a sense of duty toward her fellow artists.  “All the experience and knowledge that I got making this film,” she said, “gives me now the responsibility to support the younger or less experienced filmmakers who are starting films in Vietnam now.”

Children of the Mist runs from January 12 to 15 at Northwest Film Forum, 1515 Twelfth Avenue, Seattle.