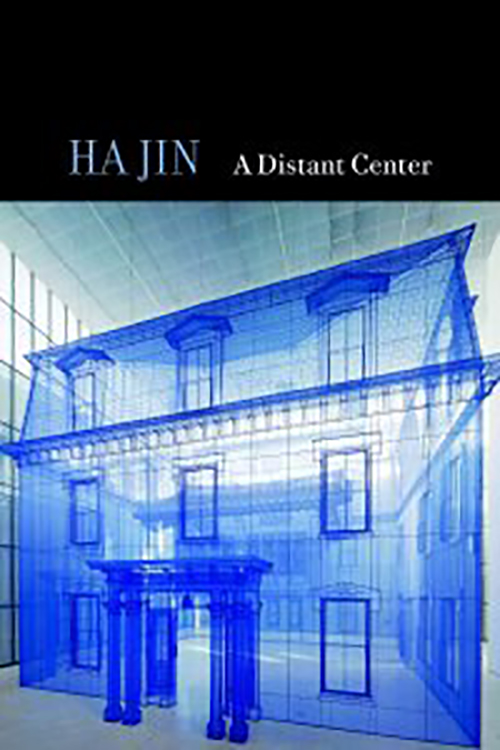 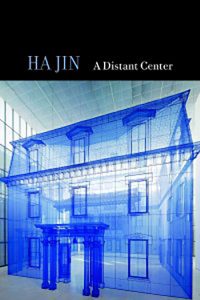 Readers may come to know Ha Jin as a novelist and short story writer, but Jin is a multi-faceted writer. Another major branch of his writings is poetry. Jin has recently completed a sparse poetry book, A Distant Center, a good starting point to investigate Jin’s poems.

Along with this current volume of poems, Jin is introducing to the public his biography of the Tang Dynasty Chinese poet, Li Bai (700-762 AD). This biography, which lauds Li Bai as ‘the immortal’, is called The Banished Immortal: A Life of Li Bai.

A connection between A Distant Center and the biography of Li Bai is the sensibility of migration inherent in both Ha Jin, the poet and biographer, and Li Bai, an ancient poet of China, famed as the roots of Chinese literature and China’s poetic and political culture.

For Jin himself, “Ha Jin” is a pen name. Xuefei Jin adopts a pen name in the U.S to write and teach. The name “Ha Jin” is culled from Jin’s favorite city of Harbin in North China.

Aside to this opening exposition on ‘naming’, how do we approach Ha Jin’s poems in A Distant Center and their similitude to the life of Li Bai?

There are the first impressions of A Distant Center: expressive, self-reflective and self-revealing.

To mention Ha Jin’s poems and themes in his overall writings, we cannot neglect his longing for China, his native land. Jin came to the U.S. in 1985 for graduate studies. He is now a professor of Creative Writing and English at Boston University.

Yet there is a question. Is the longing for an ancient society, learned and virtuous, and warring and fractious, or a contemporary, rapidly growing China that in many ways maintains a certain level of control over its people?

Jin’s angle of vision crosses the wandering toward the far away, looking back at American’s indulgences from a wise China deep in scholarship. Jin writes, “you must hold our distant center/Don’t move even if earth and heaven quake”.

His poems spend their time in simple language but show a sophistication of character. The poet speaks behind distances. His understanding steps in between a prayer and the possibilities offered to the poet by just a piece of paper.

Jin in this brief volume travels with uneasy maps and observations on the ordinary. A snow storm brings on rumination of what happens to things like airport, school and store in town during a snowed-in day. The silence of the snowy day is interrupted by unsolicited calls for fundraising and telemarketing.

How has the poet adapted to America as he lives there? To becoming Chinese-American? In the opening poem, the poet cautions this ‘self’ to not idle away time: “every day you’ll watch movies and eat dim sum/ while chatting idly with friends.”

So we go to work to find a history of ancient literature that heralds today’s China. Jin’s biography of Li Bai demands a reader who knows something about ancient Chinese history. But if the reader plows through this biography, it may serve to be an eloquent introduction to Li Bai and his times in the Tang Dynasty China, (circa 618-907 AD).

Jin explains Li Bai’s legend, reconstructing the story from Li Bai’s poems, and poems about Li Bai that his contemporaries and later admirers wrote about him. Jin also draws on contemporary scholarship on Li Bai from works both in the U.S. and in China.

Li Bai’s father, a wealthy businessman, moved his family back home from the Western outskirt of China to a city now identified as Jiangyou, Sichuan when Li Bai was a child. Li Bai’s father envisioned a government official post for Li Bai. Even at an early age, Li Bai showed an aptitude for studies and talents in verse.

In his late teen’s, he traveled in the province of his home to study and further explore Daoism, and in his travels, he encountered Buddhism as well. But Li Bai was a lifelong Daoist. Very briefly spoken, we may outline the beliefs in examples of Daoist’s affinity to nature and certain ‘principles of life’ like after success in officialdom, one retires to nature and not lingers in society.

Li Bai’s poetry may also be divided into three categories: “gufeng” folk poems, “yuefu” folk songs — some of which diverge from traditional Chinese poetry and traverse on the divine and its deities, and “chuci” poems that are linked to the poet, Qu Yuan (340-278 BC). But in the biography The Banished Immortal, we may appreciate the “rhapsodies” that allow Li Bai to take to the distance of what poetic passion is.

A high official in court during the Tang Dynasty, which is famed for its poetic output in Chinese literature, was often well-versed in poetry. Li Bai’s growing poetic legend kindled his hope to become an important high official. The court officials studied history, strategies in warfare, verses, government, calligraphy, all branches of scholarship. There existed an examination track that put them up in high posts. Regrettably, Li Bai did not have an easy track. Throughout his life, Li Bai followed his ambitions for a post at the emperor’s court. When Li Bai came close to the imperial court, he met nothing but disillusionment.

In Bai’s travel for ambition, Ha Jin details the glorious friendships Li Bai forged with other poets and officials who hailed Li Bai’s writings. Friendships meant something.
There is another question about whether Li Bai’s ancient poems are accessible to the general American reader. Old Chinese poems are imagist, at times, epigrammatic. The poems of Li Bai’s chosen by Jin give us the best of Bai in poems of drinking songs, songs of nature and landscape, the praise of the divine and the deities, and also of earthly political turmoil.

Ha Jin’s own original poems, A Distant Center, and his biography of Li Bai, The Banished Immortal, provide us, the readers, a beginning to read into the two poets, centuries apart, and the scholarship that push them forward as poets.