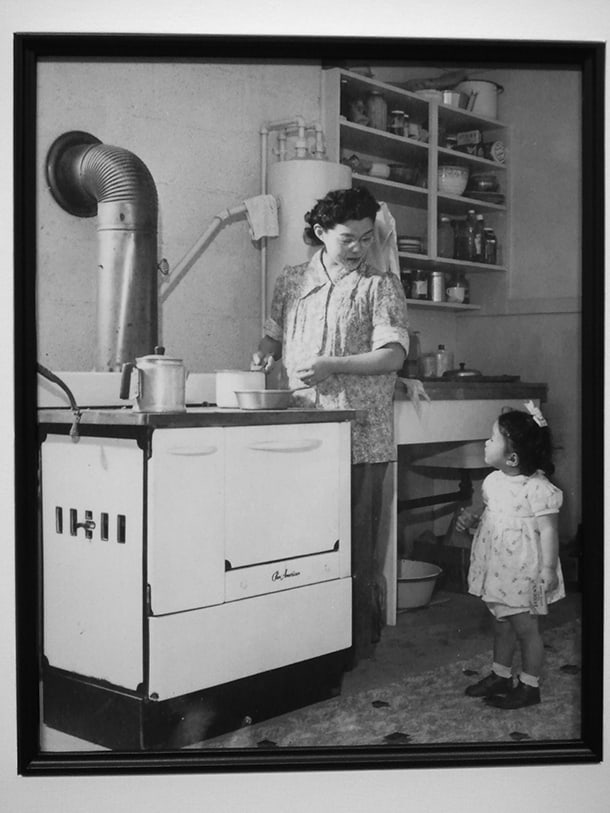 With talks of t 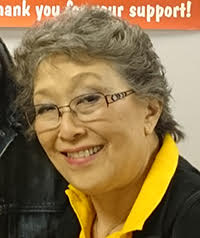 ravel bans and registries, the mindsets and precedents of Exeutive Order 9066’s American concentration camps camps are more relevant than ever. The International Examiner caught up with Ellen Suzuki, the IE’s business manager, and asked her a few questions regarding her personal experiences with the camps. Ellen was born in 1943 inside the walls of Camp Minidoka.

The International Examiner: Do you have any personal memories or experiences regarding the executive order?

Ellen Suzuki: Personal memories, well basically how it affected my life being born in a camp… Actually, I didn’t really think about it much growing up. But you knew that you were born there, and the reason for it and everything. But my parents, they didn’t talk about camp, except my mom would complain about how it was really cold and the slots in the barracks where the wind would come through and stuff. The mess hall, the food, but other than that, they didn’t complain about it that much. We kind of took it for granted, I kind of took it for granted. But then a lot of times, if you’re shopping and a clerk at one of the department stores, you know she’s prejudiced or something. The same thing, the more I notice it, like in high school most of the kids were white. Pearl Harbor day would come and someone would say, “Oh, let’s say a prayer because it’s Pearl Harbor Day” and you’re sitting there and you think, “Oh, gosh.”

But other than that, I personally didn’t feel that much discrimination. Growing up, all of my friends – we all kind of stuck together, the Japanese – and all of my friends were Japanese. And then my daughter, all her friends are white. She has very few Japanese friends. And I have all Japanese friends and very few white people or other races. I don’t know if that’s part of the condition or if you’re just sticking with your own.

Another thing – I was talking to somebody about this. My parents came back from camp and the Japanese traditions like girl’s days and boy’s days, we didn’t celebrate the
m. I think we probably would’ve if that [Executive Order 9066], because I think they tried as hard as they could to show that they were really Americans. I think that’s part of the sad part, is you lose some those traditions.

For all that they went through, they didn’t talk about it. They didn’t complain a whole lot. It was just what it was.

Ellen Suzuki: Yeah, I think it’s important for them to know about. I don’t think it’s something you have to dwell on or have it affect how you feel about yourself or what’s happening. I mean, you can sympathize what’s happening with other nationalities, but… I don’t know. I just kind of feel like you have to move on.

And I did go on a pilgrimage, I think about three years ago, to Minidoka. I thought it was very interesting to think, oh my gosh, they took them all the way out here, built all these barracks, they lived there for like three years.

I’m not one that dwells on it. You kind of move on and hope it doesn’t happen again.

I’m just wondering if people learned from their lessons. This makes me laugh, I think – just the logistics of gathering up all those people and moving them there, you know? Can you imagine what that would have been like? And you had like three days, and all you could take was what you could carry? You’re going someplace you’re going to live for three years and that’s all you can take? I can’t imagine doing that. I take that much on a vacation. I just don’t know how they live. I don’t think there were stores that you could buy clothes. I wonder where they got clothes.

Those are the things you never talked to your parents about, you know?