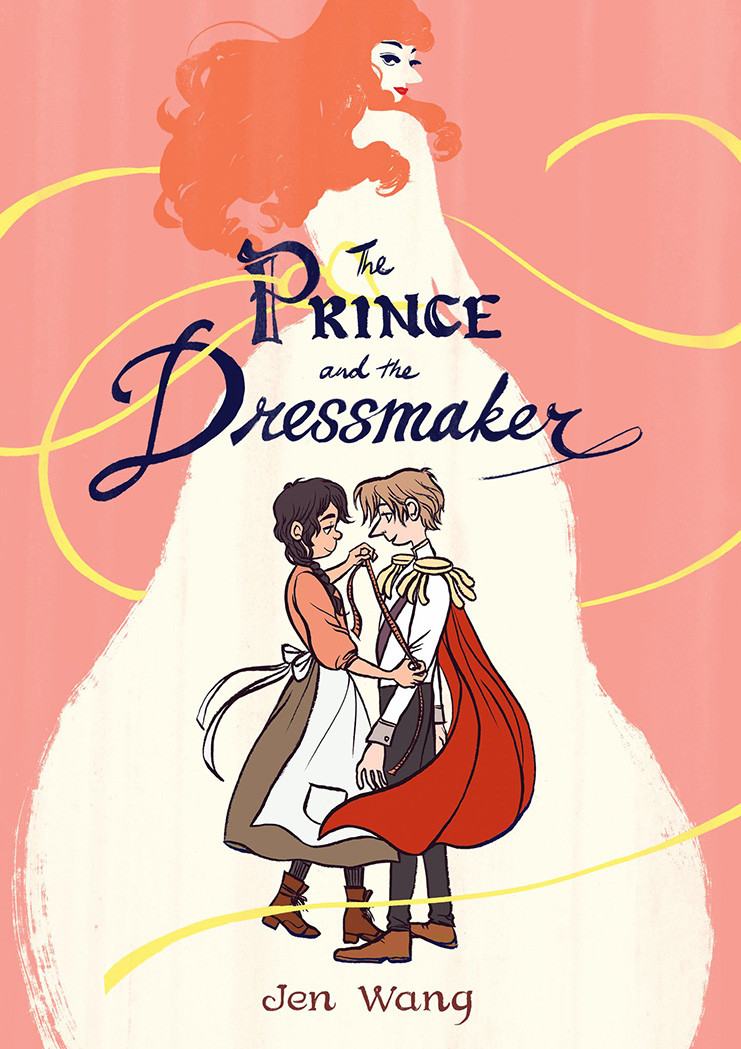 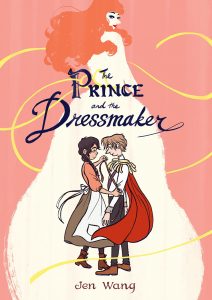 Graphic novels have become a popular genre for all age ranges. Even graphic novels aimed at younger audiences can be enjoyed by older age groups as well. They are becoming more prolific and accepted in academic circles with publications such as March, a biographical trilogy about politician and civil rights leader John Lewis, and graphic novelizations of respected works of literature such as To Kill a Mockingbird and The Diary of Anne Frank.

Two graphic novels came to my attention recently: “The Prince and the Dressmaker” by Jen Wang and “Suee and the Shadow” written by Ginger Ly and illustrated by Molly Park. Both have novel story plots that will entertain both kids and adults with illustrations that readers will find beautiful, mesmerizing or intriguing.

The Prince and the Dressmaker

Jen Wang’s third book has all the charm of a princess fairytale with a modern twist. Set in the late 19th century, the story is about a French seamstress named Frances who is plucked out of obscurity by Sebastian, the Crown Prince of Belgium. Impressed by the dress she had designed for a client who had requested that Frances make a “ghastly” dress that would make the client “look like the devil’s wench,” he immediately requests a private consultation with the intent of making her his personal seamstress.

Although he conceals his identity at first and pretends to be a princess, Frances literally stumbles upon his true identity and finds out he secretly likes to wear dresses to social outings at night. Never judgmental, but seeing this as an opportunity to advance her own career, she agrees to secretly design and make dresses for him. Taking on the pseudonym Lady Crystallia, Sebastian soon builds up a reputation as a fashionista, and as her reputation grows, the design on her dresses get copied, much to Frances’ displeasure.

Frances’ desire to get credited for her designs battles with the prince’s desire to keep Lady Crystallia’s identity a secret, which becomes harder as his parents push him to get married and as his alter ego becomes more popular. These conflicts become all the more difficult to handle as Frances and Sebastian struggle with the realization that they are falling for each other.

When asked why she decided to write this atypical fairy tale, Wang responded, “I wanted to make something really indulgent and fairy tale-like that made you feel good. [However], I wanted to ground it in a story that felt relevant and personal, something that would’ve felt important to me if I read the book as a teenager. Gender identity is something I’ve always thought a lot about, and I felt like it was a perfect subject to translate into a fairytale setting since fairy tales are a lot about fantasy, fulfillment and hope. Stories like Cinderella are so compelling because they’re about starting ordinary, but then transforming and being recognized as something extraordinary. On the other hand, fairy tales are known for being traditional, and it just seemed like a good way to subvert the tropes by making it a wish-fulfillment fantasy for genderqueer kids.”

A sweet and memorable tale about love, family, acceptance, friendship and finding the courage to be oneself, the book will have readers rivetted not only by the plot, but by the fabulous and stunning designs of Lady Crystallia’s dresses, eye candy that will have readers turning pages for more.

Suee and the Shadow 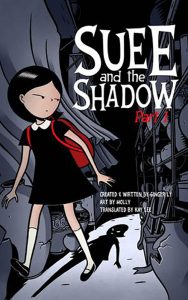 Ginger Ly’s and Molly Park’s graphic novel debut is a mystery story with a sinister ghost that wreaks havoc on small children by feeding on their shadows, effectively turning them into zombie-like shells of their former selves.

The story takes place in a random town in rural Korea called Outskirtsville where the discovery of a mysterious jar on the construction site of Outskirts Elementary is excavated and found to be in pristine condition even after 100 years had passed. Suee Lee, a cynical girl who has been under the care of a negligent father since her parents got divorced when she was five, moves to Outskirtsville with only one semester left to finish elementary school.

After living in high-rolling Bustle Street, Big City, Suee is unimpressed with her school and her surroundings and is perceptive enough to understand that her father was probably demoted. With her black dress, pointy black hair and aloof facial expression, she prides herself in being different from the rest of the student body and avoids befriending anyone. “This school is just not on my level,” she says. “I can’t make friends with lame people.” Due to her lack of parental oversight in her upbringing, she is independent, but selfish, and cares mostly about her own well-being and survival. Although there is rampant bullying on school grounds, Suee doesn’t care about anyone enough to step in and stop the abuse.

During her first day at Outskirts Elementary, Suee is lured into the school’s exhibit room by a mysterious voice. When she goes in to investigate, she suddenly becomes unconscious and does not remember the incident, only to find herself at home the next day with an unwelcome visitor in the form of her shadow. Suee eventually comes to realize that whenever she becomes annoyed, an enigmatic entity is summoned and embodies her shadow.

The presence of her anthropomorphic shadow makes Suee self-conscious and nervous about attracting unwanted attention from her peers, especially that of Yejin Kang, a mean and obnoxious girl from her class who rides on the coattails of her parents’ affluence. Suee does not want to be labeled a loser, let alone be grouped in with a sub-class of losers called Zeroes that walk around mumbling with vacant expressions and hollow eyes.

As the number of Zeroes increase, the vice principal hurriedly prepares a separate classroom for them and a few students who failed a development exam the year before. Suee becomes suspicious about the possible involvement of her shadow in the creation of Zeroes and starts to investigate, joining forces with Haeun, a shy and timid girl in her class, and Hyunwoo, a confident and popular student at the top of his class, to investigate. As she learns more about the mysterious circumstances surrounding the Zeroes, she becomes more confirmed in her suspicions and tries to solve the problem on her own, which only makes it worse. Suee realizes too late that three heads are better than one when it comes to solving a problem, and when Haeun becomes a Zero, Suee will make the ultimate sacrifice to bring her back to normal.

A creepy, supernatural mystery that tingles with suspense and intrigue. Great for readers who enjoy quirky plots and characters. This story emphasizes the importance of friendships, especially when one’s own family is unreliable or unavailable, and teamwork. It also shows that it is never wise to ignore problems and pretend they don’t exist because they will fester and get worse and find a way to haunt you. The book has an open ending, and it is possible Ly and Park will continue this mystery as a series or saga, so expect more to come from this duo.