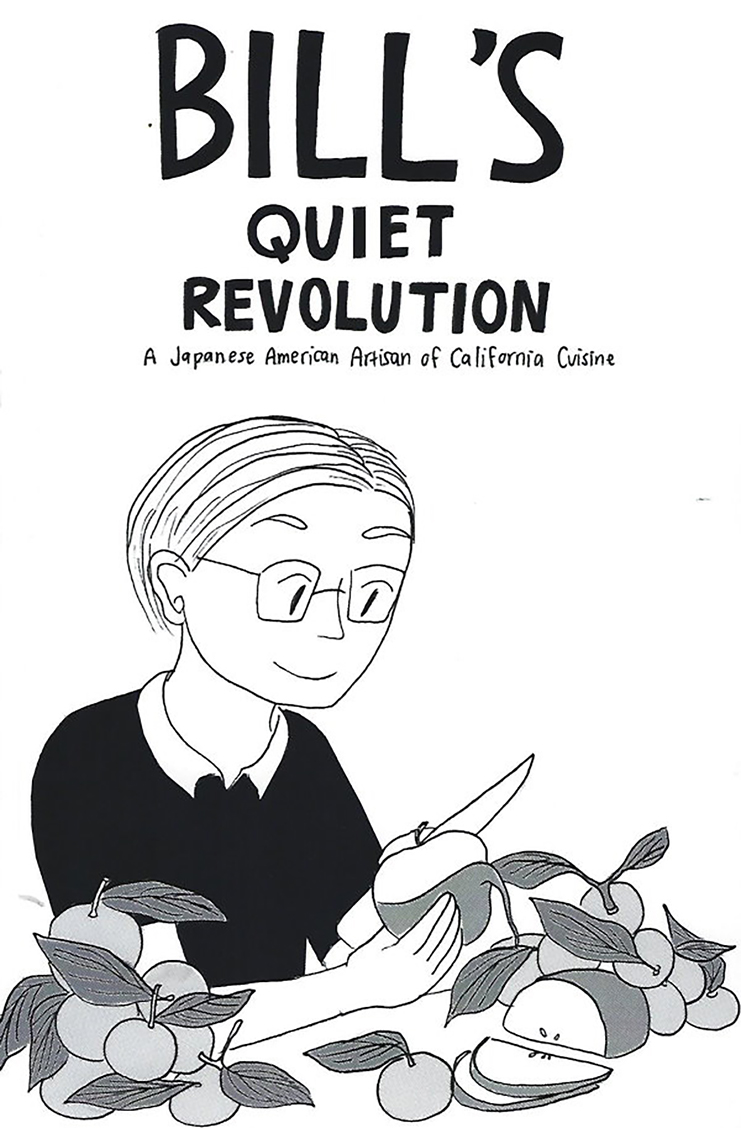 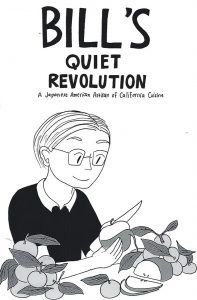 Many people today may not be aware that Japanese immigrants have played a vital role in California’s farming history as far back as the turn of the 20th century. Despite the many obstacles they faced, Japanese immigrants managed to succeed in the farming and agricultural industry even though they faced discriminatory land laws and needed to overcome abhorrent climate issues as well as poor land quality. By 1941 Japanese food producers were growing about 40% of California’s produce. Japanese Americans continued to use ingenuity and a green thumb when they were unjustly ordered into incarceration camps by the U.S. government during World War II, located on beautiful but often barren landscapes. Today, not as many Japanese Americans are involved in farming and agriculture, but there are still some who are pioneers that are actively contributing to California’s food culture.

Twenty-two-year-old California resident Sam Nakahira, a fifth-generation Japanese American, made a graphic novel called Bill’s Quiet Revolution: A Japanese American Artisan of California Cuisine, which is about Bill Fujimoto, one of the first food retailers to source food to Chez Panisse, the restaurant in Berkeley, California, known for its organic and locally grown ingredients that famed restaurateur Alice Waters opened in 1971. Although Nakahira is currently studying to be a comic book artist and getting her master’s of fine arts degree at the Center for Cartoon Studies in White River Junction, Vermont, this nonfiction account was the product of a research paper Nakahira wrote as an undergraduate in Grinnell College, a requirement for the Mellon Mays Undergraduate Fellowship, which is awarded to underrepresented minority students interested in becoming college professors.

“The graphic novel was actually an afterthought once I had done most of my research,” she said in an email interview. “I decided to make it as a kind of companion piece since it was not a requirement of my research. It helped me learn how to create different historical narratives. I believe both my research thesis and my graphic novel offer educational benefits for readers through their different approaches to communicating the same history of Bill Fujimoto.”

The source of Nakahira’s interest in visual storytelling came from her mother, who ran the school library for several years and presented her with a copy of Charles Schulz’s “Peanuts” when she was seven. Nakahira was an avid reader from a young age and loved to write stories and illustrate them. Growing up, she would staple storybooks together filled with adventurous tales and illustrations about her and her sisters, the Nakahira Sisters. Throughout her adolescent years, her love of reading translated into a secret desire to become a novelist until a serialized manga about the life of Buddha by Osamu Tezuka suddenly helped her realize complex storytelling seen in novels could also be conveyed through comic book form.

With her penchant for storytelling, it was no wonder she became a history major. “History felt like storytelling, and I loved learning about the many historical events and the stories behind them,” she said. “Taking college courses expanded my understanding of history as I realized it is a field of competing perspectives and arguments over what occurred in the past—some perspectives, especially those from marginalized people, are much more interesting than dominant historical narratives.”

The name Bill Fujimoto entered her radar when she came across an essay written by Nina Ichikawa, the executive director of the Berkley Food Institute, called “Giving Credit Where It is Due.” Intrigued that Alice Waters, a prolific and iconic figure in the food world, had chosen a Japanese American to be one of the principle sources of ingredients for her esteemed restaurant, Nakahira set out to learn more about Fujimoto and to see if there were other uncredited Japanese farmers and food producers contributing to California’s food culture.

Through her research, she discovered Chino Farms in San Diego and the Masumoto Family Farm in Fresno, all of which source food to Alice Waters and other California restaurants. They are all considered to be pioneers in agriculture or food retail, yet their influence is not mentioned in secondary sources about California’s farming history or its history on cuisine development, so she decided to use them as case studies for her research paper.

“Unfortunately, they are largely absent from the historical record. There are a good deal of sources on Japanese American farming before World War II, but these often promote the idea that after internment, the history of Japanese American farming in California ended,” she said. “Fujimoto, Chino Farms and the Masumoto family were truly ahead of their time because they cared so strongly about growing the highest quality and best-tasting produce. Furthermore, their seasonal, local produce is served in so many influential California restaurants today.”

Nakahira conducted oral history interviews with Fujimoto, Tom Chino, and David Mas and Nikiko Masumoto. Although she had initially planned on making a graphic novel of all three case studies, she decided to focus on Fujimoto’s case because it was less known. “Dedicating the time to make comics is what I find most difficult about being a graphic novelist,” she said. “As a student, I had to carve out a time outside of my coursework and independent research, which were my priority. Creating comics is not a sustainable career path, so most graphic novelists have a day job to fund their comics making and need to juggle their time between the two. Creating comics is truly a labor of love!”

She self-published her graphic novel last year in May, which is available to order on her website (https://www.samnakahira.com), Now Serving, Omnivore Books, and Kitchen Arts and Letters. After she finishes her study at the Center for Cartoon Studies, she plans on pursuing a doctoral degree in history or American studies and eventually becoming a professor. From her academic research, she wants to continue creating historical nonfiction comics and incorporate her publications into her courses. Like a true historian, she is interested in unearthing other hidden jewels in history.

“I am interested in discovering hidden histories that can change people’s perspectives on what it means to be American and what America means to them,” she said. “The oral history interviews themselves changed how I think about food in America. I still associate California cuisine and farm-to-table movements with white chefs, but I now see that Asian Americans are a large and essential part of this story of California food and agriculture.”

Although her father worries about how she will support herself, her parents have been supportive overall of her career choice and interests. “My mom believes I should pursue what interests me with the faith that it will lead me to what I will eventually do,” she said. “After my dad read my comic about Fujimoto, he was impressed with the story and my commitment and hard work to complete it. I think he has a better understanding of why it is important for me to do this. He relates to my desire to educate others on Asian American history through comics.”

“Listening to Bill’s story was fascinating, and I feel fortunate that he was willing to help an undergraduate research student and fellow Japanese American by sharing his story with me,” she continued. “Processing his story through pen and paper was also a fulfilling experience since reading, writing and drawing has always been a way for me to understand the world. I have become more aware and connected to my background as a Japanese American.”

For more information on Sam Nakahira and her work, go to https://www.samnakahira.com.