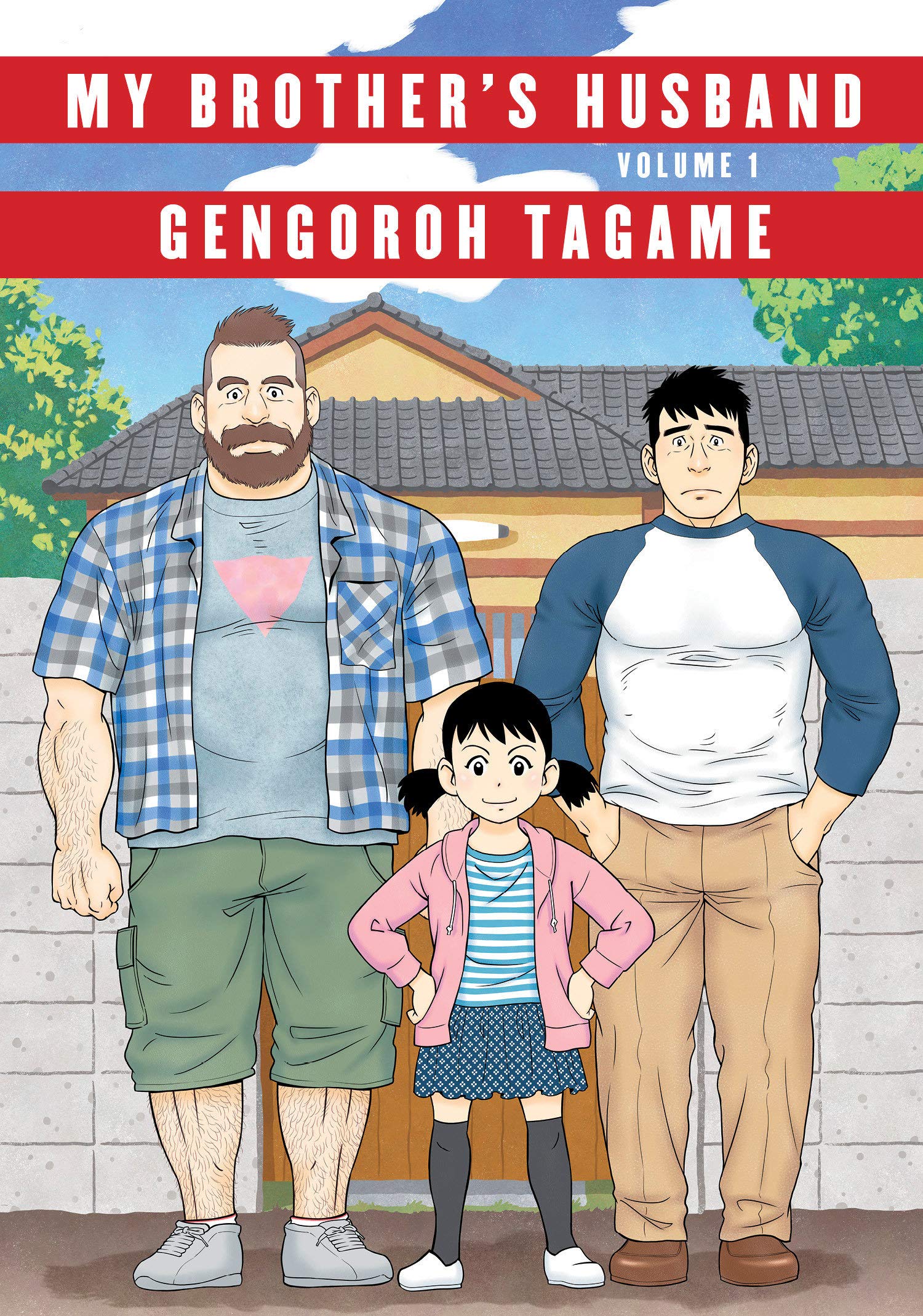 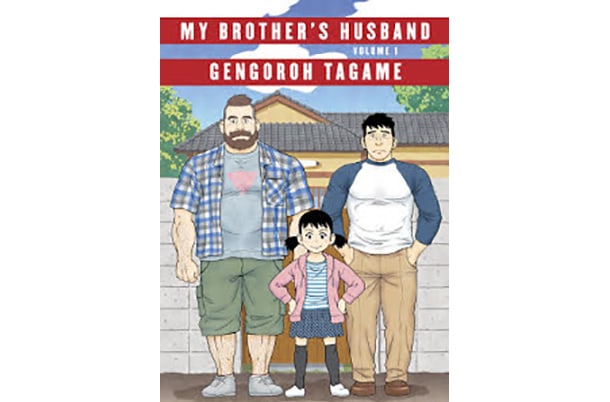 Beneath surface friendliness that Japanese may display to foreign (especially white) visitors, is a deeply-rooted belief that gaijin (foreigners) are irreconcilably different from natives of the archipelago nation.
Perhaps less articulated is Japanese perplexity and confusion, if not outright discrimination, towards gay people, whether Japanese or foreign, because they fall outside the norms of a highly conformist society.

What happens when anxieties over foreigners and homosexuality converge in the presence of an affable, burly Canadian?

The answer to that question is at the heart of Gengoroh Tagame’s earnest and touching graphic novel My Brother’s Husband (Vol. 1).

Initially released in Japan in 2014 and published in English last year, My Brother’s Husband focuses on Yaichi, the single father of a curious elementary school-age daughter, Kana. Estranged from his twin brother, Ryoji, who years earlier emigrated to Canada, Yaichi receives a visit from Mike Flanagan, a barrel-chested, friendly Canadian, who is Ryoji’s widower.

Mike’s appearance in their home sets into motion Yaichi and Kana’s education about Ryoji, gay relationships and the nature of family.

Yaichi is initially uncomfortable by Mike’s physicality (Mike envelopes him in a bear hug on their first meeting) and fearful that he might be coming on to him (Yaichi is, after all, the twin of Mike’s late husband). But Yaichi struggles to understand Mike and, through the bearded foreigner, his late brother.

Yaichi’s guide to opening up is his daughter, Kana, who at first is fascinated by Mike’s physical differences from anyone she has ever met. She finds his hairy chest and red hair exotic.
But she soon becomes besotted not because of his differences but because he is a genuinely kind and loving uncle.

Yaichi’s journey from disgust to respect is one that Tagame may have intended for his Japanese readership to parallel. It’s an emotional and intellectual movement from false assumptions and fear to the reality of knowing a gay person who counters stereotypes.

When Kana innocently asks Mike of his relationship with Ryoji, “Which of you is the wife and which the husband?”, she most likely mirrors a question straight Japanese (and non-Japanese) have wondered. Mike’s simple answer (appropriate for all ages) underscores the fundamental nature of marriage – a loving partnership between two people – regardless of the nomenclature we assign to each partner.

Tagame packs a lot into My Brother’s Husband. He weaves into the story reflections of Japanese confusion about and intolerance towards homosexuality, fascination with foreigners, a non-traditional heterosexual relationship, and even Japanese attitudes about tattoos.

Because of Tagame’s hypermasculine illustrations of Yaichi and Mike, readers do not have to be astute to pick up on his background as an author and illustrator of gay erotica. Nevertheless, My Brother’s Husband is intended not just for adults. The book won the Japan Media Arts Award for Outstanding Work of Manga. And NHK, the Japanese broadcaster, adapted the book into a three-part television miniseries, Otouto no Otto, that was aired in March 2018.

My Brother’s Husband is full of moving moments through which Tagame depicts grief that translates across cultures: Yaichi accidentally sees Mike caressing the tatami floor of the room formerly occupied by Ryoji, as if the mats harbor a presence of his late husband. Mike’s eagerness to learn about Ryoji’s past in Japan, to see places he’s only heard about in sepia-toned stories of his partner’s childhood.

My Brother’s Husband counters Japanese notions that equate homosexuality with transgender identity. Tagame humanizes gay people beyond caricatures. And in doing so is hopefully opening minds, in Japan and beyond, that love and families come in different forms.