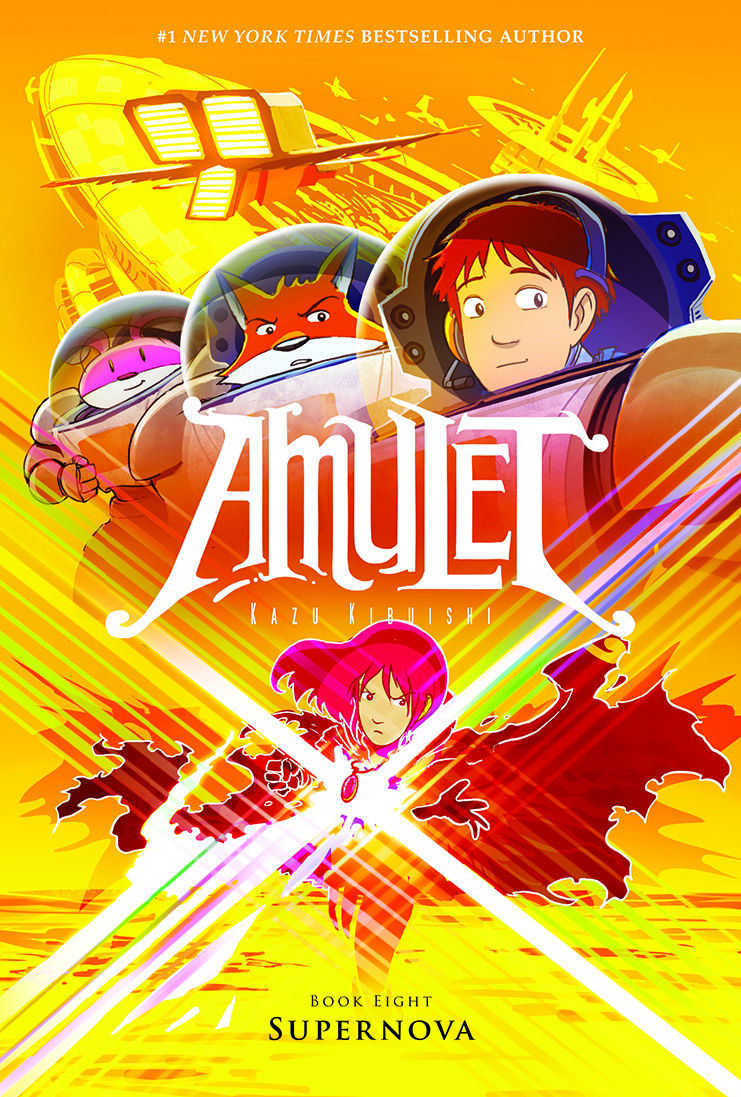 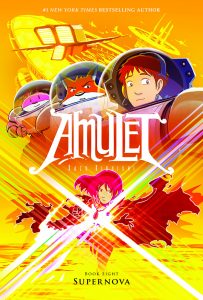 Fourth-generation Japanese-American Kazu Kibuishi is the author and illustrator of the popular Amulet series, its eighth installment having come out in Sept. 25, 2018. The ninth book is slated to be the series finale, but fans will also have a movie to look forward to that is currently in the works. He is also the creator, editor, cover artist and contributor of the comic anthologies Flight and Explorer, which contain works from artists whose names are now more well-known, such as Raina Telgemeier, Svetlana Chmakova, Vera Brosgol, Ben Hatke, Ryan North and Jen Wang. It also has work from established artists like Jeff Smith, the creator of Bone.

Other works by him are Copper, which started as a webcomic and was nominated for an Eisner Award (the comic book equivalent to the Oscars), and Daisy Kutter: The Last Train, a steampunk Western. He is also responsible for the design of the 15th anniversary edition of the Harry Potter series. Although Kibuishi’s work is mainly geared towards young readers, it is enjoyed by adults as well.

Kibuishi moved to the Seattle area five years ago. The IE was able to catch up with him through an email interview to talk about his work and career.

International Examiner: I have heard that you started drawing at the age of five. What was it about drawing that drew you in at such an early age? What made you continue at it while you were growing up? I am always amazed by people who are lucky enough to find their passion so early in their life when they are still in the process of figuring out who they are.

Kazu Kibuishi: I wouldn’t say drawing is a passion as much as it is something that has always been by my side throughout my life. Drawing was always a tool for expression and something I could do with just a pencil and a piece of paper, so when I was very young, I wanted to make all sorts of things like amusement park rides and fantastic vehicles, and I would be able to express these ideas with my drawings.

IE: You pursued a film degree in college. What made you decide to do that? And why didn’t you follow through after you graduated? Do you think the things you learned through your film degree has helped you out with your career as a graphic novelist? If so, in what way?

KK: Drawing comics for a living didn’t seem like a very realistic path when I was in high school. I drew slowly, I didn’t believe I was quite as good as the best professionals, and hardly anyone was making a living drawing the kind of comics I wanted to read.

I also didn’t want to turn my art into a desk job, so I figured that being on the set of a movie would better suit me. It also seemed to be a more respectable profession at the time, and I wanted to make sure my parents and grandparents would approve! I definitely studied film the most when it comes to storytelling technique, and I have learned to be a better film analyst because of my education.

IE: How did you come up with the initial story plot for “Amulet”? What inspired you to take up this project?

KK: It began as a smaller idea about a family moving into a haunted house and then grew into something bigger after reading Nausicaa of the Valley of the Wind by Hayao Miyazaki and Bone by Jeff Smith. I started to think I should aspire to create an epic fantasy like these two stories and made my initial attempt at producing it in college. It didn’t work out back then, so shelved it and returned to it about five years later in 2005.

IE: What message do you set out to convey to readers?

KK: In nearly everything I write, I try to encourage empathy, understanding and patience. I don’t feel that’s changed over the years, but my perspective has naturally grown as I’ve grown older.

IE: Fear seems to be a big theme in the series. Why is fear and the actions that result from fear important to you? What is it that you are trying to tell the readers about fear?

KK: My hope is to inspire people to choose to do things because they believe in them, and not because they fear something. In so much of what I’ve observed in life, I’ve seen that people often manifest their fears if they become mired in them. I hope I can create things that help people relax that reflex and find stability in their life.

IE: I’ve noticed memory also seems to be a big theme with this story. You had to undergo treatment for bacterial meningitis in 2012. Would you say that your experience from this life-threatening disease made the significance of memory as a theme more important for you in the story?

KK: I have always been writing about memories in my stories, but life definitely took an interesting turn after suffering from bacterial meningitis. My memory is definitely not as good as it used to be, so while I still write about memory, as much as ever, I feel like I have a real-world experience that really drives home the fragility of our memories.

IE: What artists have inspired your artwork? What aspect of their artwork and stories have influenced your own work?

KK: Hayao Miyazaki is my biggest influence. I also love the work of Moebius, Bill Peet and Mort Drucker. I also love seeing the work of many of my contemporaries. There is always something to learn from viewing art and reading literature, and I’m constantly on the lookout for inspiration.

KK: I’m not sure where it is headed. It will be determined more or less by the people who make the books. I think it already plays a major role in education, and I imagine its influence will continue to grow. I just hope the young graphic novelists understand the responsibility that comes with such growth.

IE: What is the biggest advice you have for aspiring graphic novelists or comic book artists?

KK: Try to enjoy the long process of creating things. Enjoy practicing, enjoy learning and take care of your health!

IE: I see that you live in the Seattle area. How long have you been a resident? Does anything from Amulet have Seattle inspirations?

KK: My family moved here at the end of 2013, so it’s been five years. I like the community and the natural surroundings. Amulet has always featured environments that look a lot like the environment here, so now our environments just look like they are better researched!