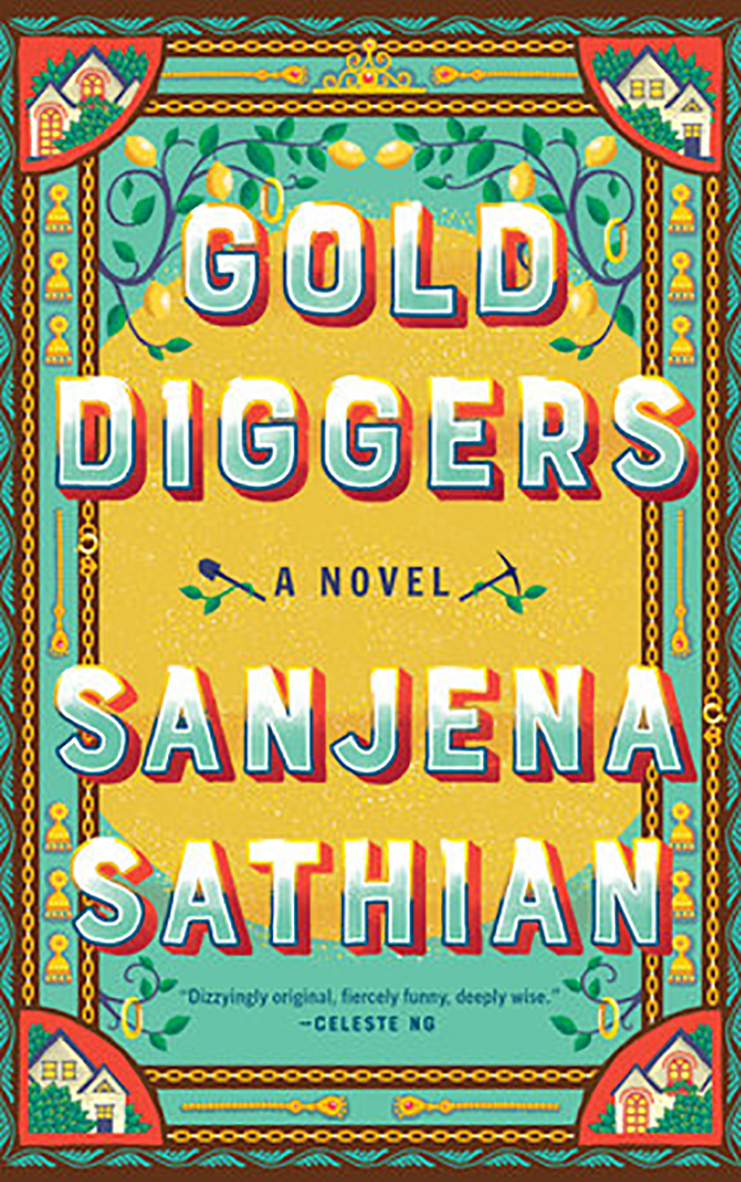 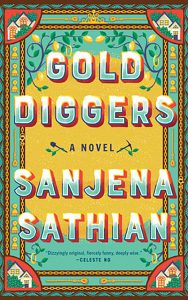 Sanjena Sathian’s debut novel Gold Diggers tells us the story of two Indian-American teenagers, Neil Narayan and Anita Dayal, who live in an Atlanta suburb and struggle with their parents’ model minority expectations, the circulating gossip in their community, and their search for belonging in American society. Witty yet poignant, this novel delves into the model minority aspirations of the Indian American community and exposes the dark underbelly of this racialization of South Asians in the United States.

The narrative begins with Neil and Anita as teenagers who are good friends and neighbors whose friendship evolves (at least for Neil) into a huge crush. Anjali, Anita’s mother, is unlike any of the other suburban Indian-American mothers — she’s attractive, wears stylish clothes, seems separated from her husband, and runs a catering business. Neil finds solace and freedom in the Dayal home and escapes there often to avoid his parents’ surveillance and their push to have him succeed academically and become a doctor or engineer.

The more Neil gets to know the Dayal women, the more he is intrigued by them and what seems to be a mystery in their lives—Anita literally glows on some days and seems brilliant in her pursuits. Her mother, he suspects, steals gold from her clients’ homes. Quite accidentally Neil discovers that Anjali Dayal possesses ancient alchemic secrets that allow her to distill the stolen gold into a magical lemonade that she brews in her basement and which allows the person who consumes the lemonade to channel the aspirations and successes of the original owner of the gold.

Neil gets drafted into the mother-daughter duo’s magical shenanigans in return for sips of the lemonade. Neil finds himself suddenly soaring academically and Anita moves to an elite private school and all seems wonderful in the teens’ world for a brief time until everything begins to unravel when their nerdy friend Shruti commits suicide. Neil is haunted by her death and ascribes it to his having stolen her jewelry and consuming her powers. The Dayal women move to California to be with the father, a successful Silicon Valley entrepreneur and the teens lose touch.

A decade later the suburban Atlanta Indian-American teens find themselves in California. Neil is now a graduate student working on his Ph.D. in American history, and he is obsessed with tracing the lost history of an Indian man who may have been part of the Gold Rush. He had heard of this story from an elderly Indian American professor during his teen years. Neil reconnects with Anita and their quest for the potion returns, fueled by the desire to revive a fading Anjali Dayal and to give Neil a boost to finish his dissertation. The novel offers a glimpse of metafiction when Neil’s reworking of history and fiction in his dissertation mirrors Sathian’s project of melding magical realism, history of the Gold Rush, and critique of South Asian Americans and their quest for the new gold, Silicon Valley success.

The novel is well-paced, and Neil and Anita are engaging characters. The satire of the Indian American community and their pursuit of various accolades from beauty contest titles to Ivy League education is deft. The magical realism thread works well in the early part of the narrative during the teen years of the protagonists but its resurrection in the latter half of the novel set in California is somewhat forced. The California segments are far more interesting for the author’s engagement with how history and fiction are narrated and for the realism in the depiction of Neil’s struggles in graduate school. This debut novel marks the emergence of a new voice in South Asian American fiction.