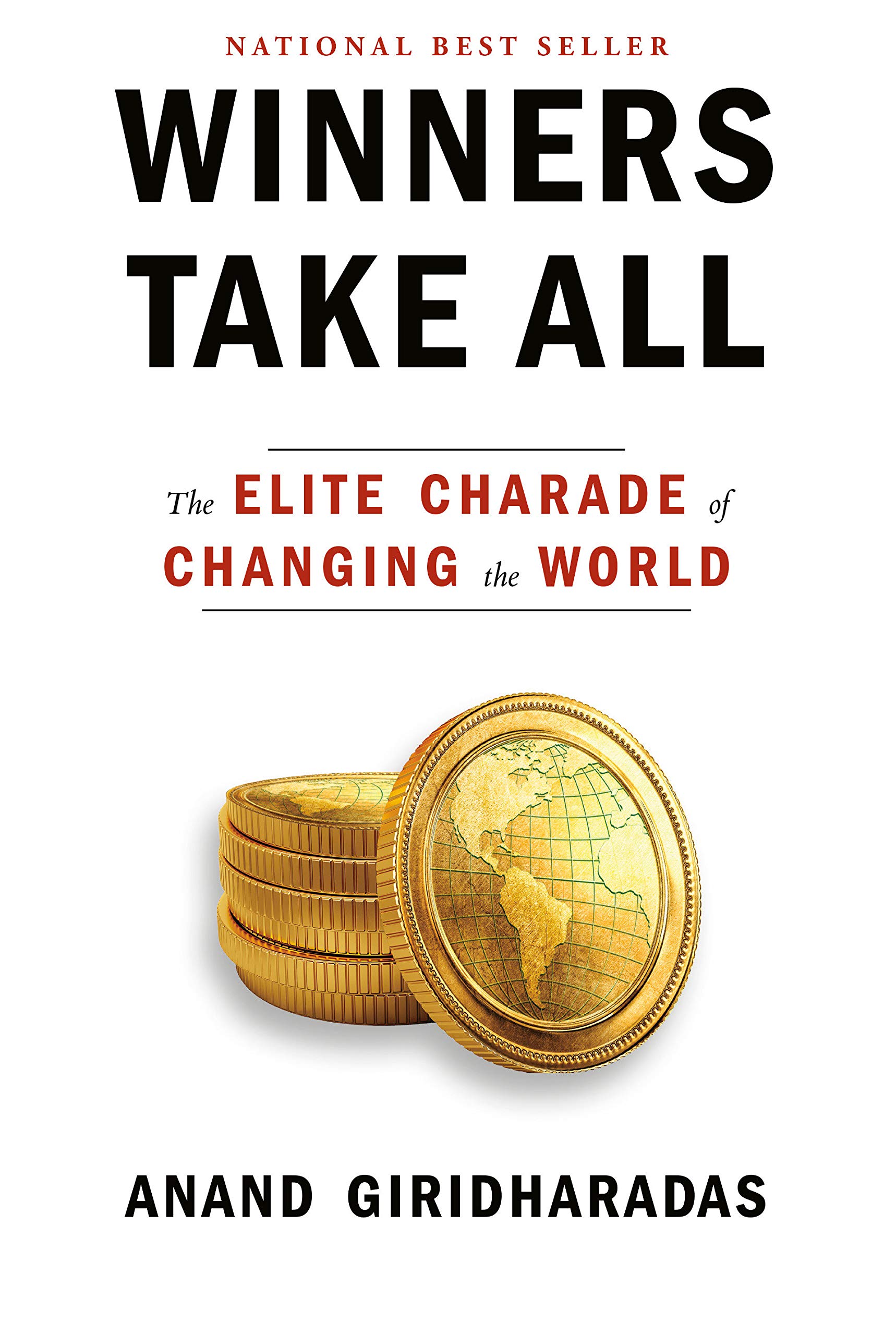 In a town like Seattle where the tech boom has changed the landscape of the city in the last 20 years and where many tech millionaires have turned to philanthropy, we also experience the downsides of that boom, from traffic woes to spiraling housing costs and homelessness.

Anand Giridhardas’s new book, Winners Take All, is extremely relevant to us – why is it that all this economic boom and accompanying philanthropy have not made any real change in the lives of the common folks? Why do we have such income inequality? Giridharadas skewers the neoliberal mentality that presents globalization as a solution for the world in which the elite have made billions through technology and pharmaceutical companies. These elites, therefore, believe that the very strategies that helped them make billions can also solve the world’s problems – an argument that Giridharadas skillfully dismantles.

Giridharadas argues that the elites are not interested in structural change but only in ensuring that they can maintain the status quo that generated their billions in the first place. The famed meetings at Davos or at the Clinton Global Initiative do nothing to address inequality and only use deep data analysis and business solutions, what he calls the MarketWorld approach, which are “measures that protect elites from more menacing change.”

The book uses stories of individuals who set out to change the world such as a young Georgetown University graduate, a feminist social psychologist, the head of the Ford Foundation, former President Bill Clinton, a musicologist turned management consultant among others to examine the conflicts inherent in this desire to do good for the world.

Essentially, the master’s tools (that of global capitalism) cannot be used to destroy the master’s house (the structures of inequity created by global capitalism). Giridharadas’s narrative is engaging, highly informed, focused and nuanced in its critique, and written for a general audience. While the arguments made by Giridhardas are not new in academic circles where critiques of global capitalism, racialized structures, analyses of inequality abound, Giridharadas synthesizes this material for a general audience and with a journalist’s skill weaves a compelling, investigative narrative.

He does not proffer solutions (a criticism he levels at MarketWorld which is quick to offer bullet pointed solution to world problems in a set of power point slides) but lays bare the problems. As an insider-outsider to this elite world – he participated as an Aspen Fellow and had access to the global elites but is not one of them – he brings a unique perspective to the issues.

Giridharadas is well-justified in his critique of the elites and their ways , but he overlooks the agency of those who are negatively impacted by global capitalism. This large part of humanity is not passive. From the anti-WTO riots in Seattle in 1999 to the Occupy movement and Black Lives Matter and the Dakota Access Pipeline resistance (among many such movements globally), we have seen the growth of resistance to elite global capitalism. It would have been valuable to have had their voices, critiques, and solutions addressed in this book as well. Nevertheless, this book is an important one for all of us to read, discuss, and debate.

Anand Giridharadas comes to Town Hall on Thursday, September 20 at 7:30 PM. The event will be at the Hillman City Collaboratory 5623 Rainier Ave., S, Seattle WA 98118.