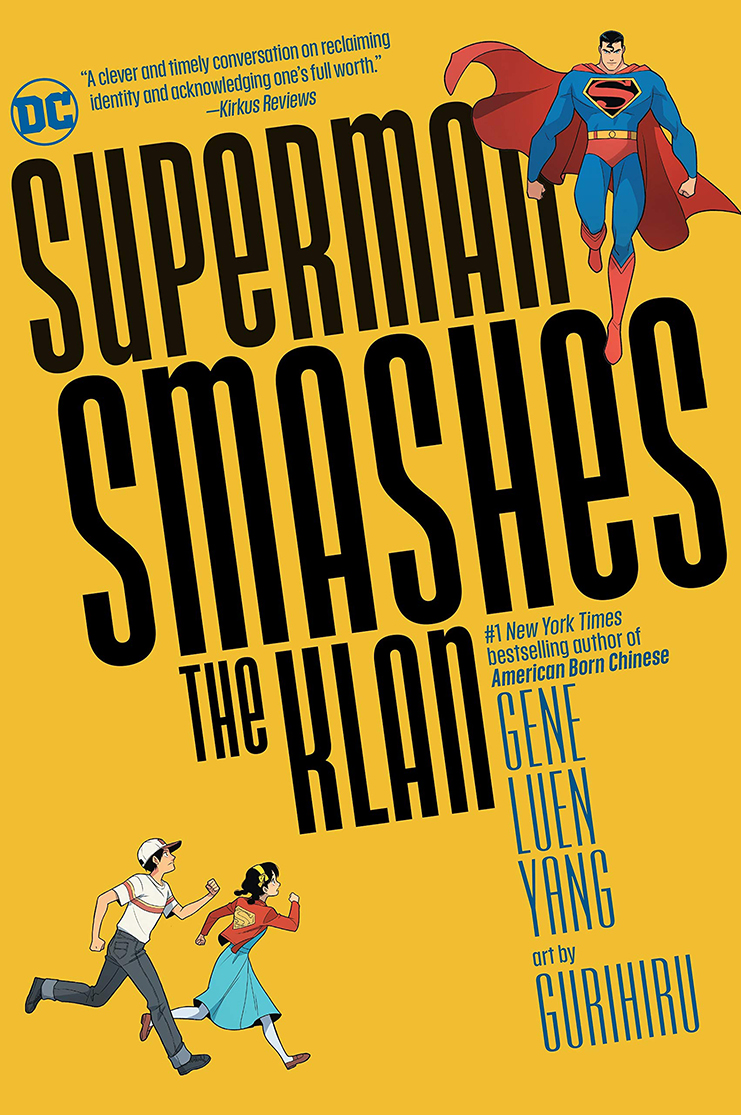 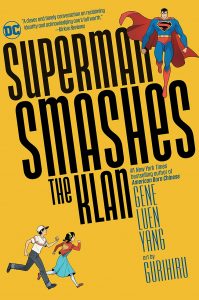 When you read a Superman book, you think of battling Lex Luthor and other villains, but do you think of white supremacy? In Gene Luen Yang’s newest graphic novel, Superman Smashes the Clan, you are immediately sucked in. Like all comics, the book is action packed from beginning to end, but there are also deeper issues about race in America.

Where does Superman come from? Why are there people dressed in white hoods talking about a master race? You figure out more and more as the story goes on.

The story centers around a Chinese family moving from Metropolis’ Chinatown into the suburbs. The year is 1946. On their first day, just as they were going to bed, people in white hoods and robes light a cross on fire in their yard. This lays the groundwork for the rest of the story. They’ll meet Superman and try to figure out what the “fiery cross” is all about.

Gene Luen Yang, author of American Born Chinese and many Avatar books, does a great job mixing intense subjects with humor. Each page has something to laugh about. In the book though there’s also a lot of deeper parts, such as the Klan of the Fiery Kross, which we assume is part of the KKK. It also deals with the issues of being Asian in a predominantly white community.

And we cannot forget about Superman, who’s dealing with problems of his own. He’s been weakened by a mysterious green rock. As Superman considers his past, he comes to identify with immigrants and ‘others’ in American society. His story parallels other immigrants and through understanding his own history, he can accept and access his true powers.

Overall this book is funny and serious — and a great read. I think reading this made me realize how it was tough for my Chinese ancestors. The amount of racism they faced must have been incredible. They persevered and so do the kids in this book. Highly recommended.