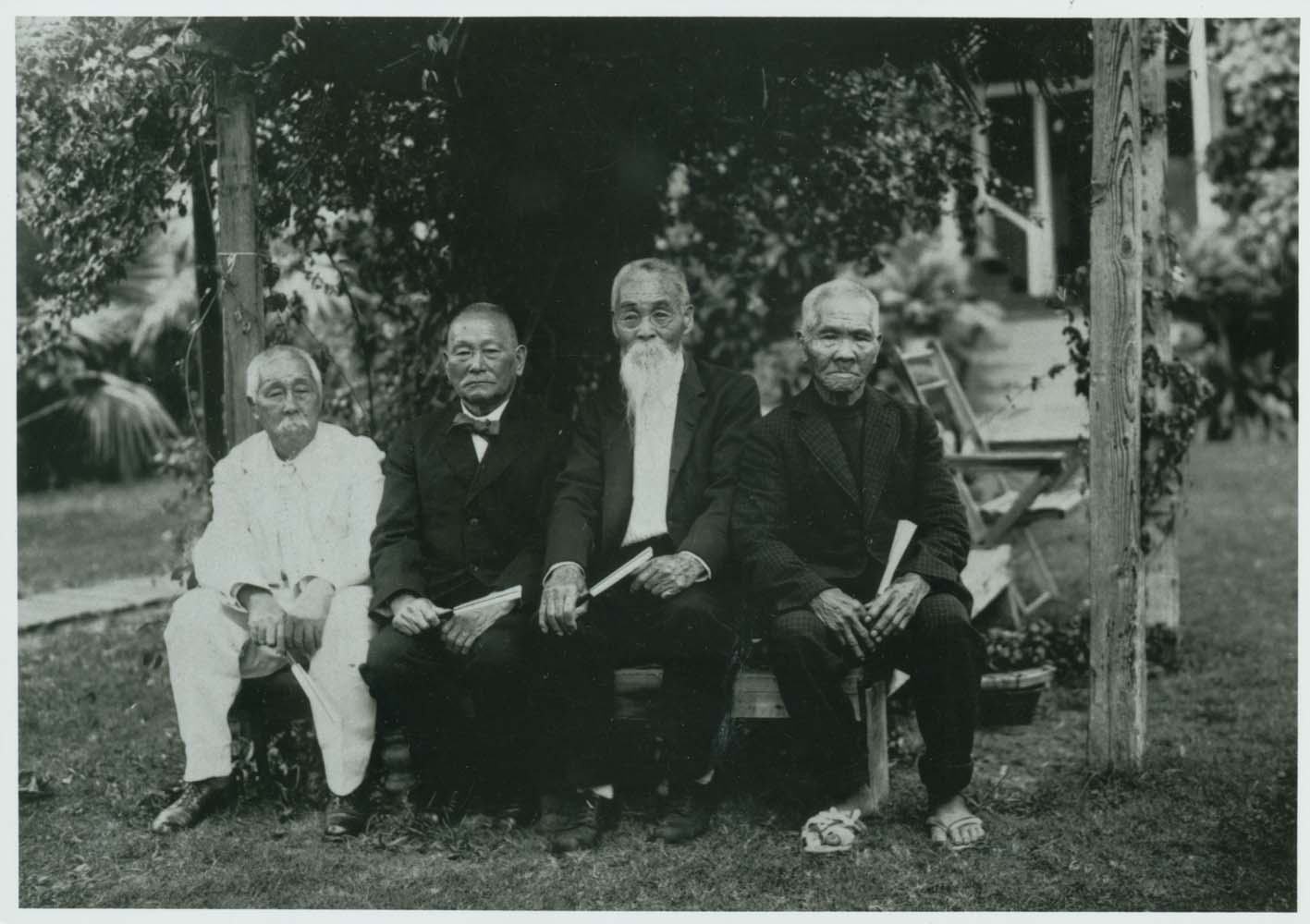 The story of the Gannenmono (first-year people) is one of diplomacy and fortitude despite horrible labor conditions, but one which has borne vigorous fruit 150 years later.

The Bishop Museum (Honolulu, HI) exhibition of Gannenmono commemorates 150 years since the first group of laborers came from Japan, in 1868. Of the original 150 voyagers, 43 stayed in Hawai’i and became the basis of the largest minority group in Hawaii. One original family, that of Tokujiro Sato, has created a listing of 1,000 surviving offspring, over eight generations. As many as 200 of them came to the opening night of the exhibit last month. Some people in that crowd met each other for the first time.

The exhibition is one of several activities and exhibits in Hawai’i this summer to celebrate the 150th anniversary of the Gannenmono. Prince and Princess Akishino, second son of Emperor Akihito and his wife, attended the exhibition opening. But the museum staff expressed as much excitement to see the 200 descendants of Tokujiro Sato in attendance.

Scott Lawrimore, who recently moved from Seattle to work as the museum’s exhibition designer, was involved in the exhibit planning along with the staff researchers. Lawrimore also worked on the major exhibition of Pacific Rim contemporary art, the Honolulu Biennial, in 2017, with his partner from Seattle, the contemporary art curator Yoko Ott. (He will be curator of the 2019 Biennial which will open next March.)

For the Gannenmono exhibition, the Museum drew from the extensive number of items and photographs in its archives, plus discovered items from the actual workers’ houses, such as a soroban (abacus). They also got information and artifacts from the National Museum of Japanese History in Chiba Prefecture.

In the mid-19th century, after some groups of Chinese workers did not provide a lasting labor pool and its own Hawai’ian population was decimated by disease, the Kingdom of Hawaii turned to Japan as a source of laborers. Agreement between King Kalakaua and the Japanese government was brokered by an American businessman. The contract was for $4 pay for 26 days work per month along with room, board and medical service given by each employer in Hawaii, for a five-year term. About 400 needy and curious workers applied to come to Hawaii. In the previous 250 years of the Edo Period, Japan was closed to contact with outsiders and little was known about other nations.

The labor contractor who organized them was Tomisaburo Makino, a ronin (former samurai), who had joined the staff of a brothel in Yokohama, thus learning some English from sundry customers. He brought the group to Hawaii, then went on to San Francisco, again as a labor contractor.

But the planning was temporarily thwarted when Meiji restoration forces were successful at that exact time in 1868, with their rebels defeating the Tokugawa Shogun to restore power to the Emperor. The new imperial government was not organized to give its official passports, and the impatient shipmaster wanted to leave during this confusion. The labor contractor said they were deemed fit and so 150 of them sailed without passports. One died on board during the sailing, which took 34 days.

The group included six women and one child. Most of the men were born in the 1840s and were in their mid 20s when they came to Hawaii. Some were just 16 years old. A diary was kept by Yonekichi Sakuma and provides much detailed information. When the group arrived, local newspapers were favorable and optimistic for the arrangement to bring needed cane workers.

However, there were no interpreters and the Japanese did not speak Hawaiian. It seems one Japanese man was already here, who provided translation services at first. Possibly he was a survivor of a shipwreck; no one knows his name, how he got there, or when he left.

A few of the workers became domestic servants, but most were sent to sugar cane plantations on various islands. Cane cutting was hard work in intense heat, and the Japanese were not suited to it. The Portuguese labor managers, called luna, were mean and beat them with whips. There was at least one uprising after such a beating where the Japanese workers fought back and injured the labor manager. Three were taken to court and jailed for 300 days and with a $100 fine. Others were fined $25 each. This was a great deal of money considering they were paid $4 per month.

Of the original group, about one third went back to Japan after only two years of their five year contract. About one third got Japanese passports to go to the US mainland to work, and another third got Japanese passports and stayed in Hawaii to work. Of this group, most of them married Hawai’ian women, or other nationalities, and established long lasting families and businesses.

Later, after 13 years, in 1885, more workers came officially from Japan. Picture brides were allowed to come between 1908 and 1924, enabling many more marriages and children. By 1920, 42% of population of Hawai’i was Japanese.

Stories of various Gannenmono fill the exhibition. Kunizo Suzuki became the most successful businessman with several stores. The oldest and most long-lived was Sentaro Ishii, who lived to 102 and died in 1936.

Japanese community organizations put up a large stone monument to the Gannenmono at Makiki Cemetery in 1927 and two of the three survivors of the original 150 attended the unveiling. In 1968, there was an extensive 100-year celebration with events on the four major islands and many newspaper articles, thus educating the public about the Gannenmono.

Today, 150 years later, the legacy of the original 150 voyagers is fascinating if one considers that they came from an isolated island nation and had no idea of the land where they were headed or what life had in store for them there. But 50 workers out of the original 150 survived, persevered, made families and established the roots of a strong and successful Japanese presence in Hawai’i.

Note: Some of this information was taken from The Bishop Museum’s new booklet “Gannenmono, A Legacy of Eight Generations in Hawai’i,” by Kei Suzuki and translated by Peter Tanaka and Eric Komori, with contributions by Shoko Hisaya and Yoko Hara. They all are staff or volunteers at the Bishop Museum.