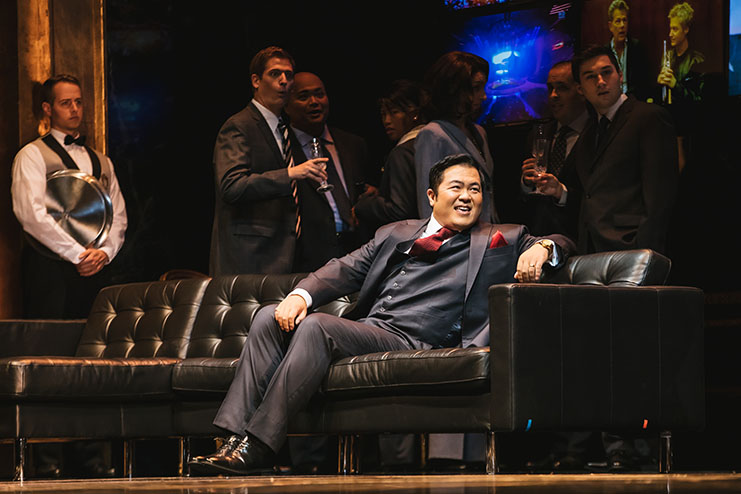 Portraying a villain can be delicious fun for a performer, and Yongzhao Yu is certainly looks forward to his role as the Duke of Mantua in the Seattle Opera’s production of Rigoletto (August 10 – 28). “Rigoletto is a great opera of Verdi’s middle to late career,” Yu said. “I love the story, especially the music.”

In this opera, the dark-minded Duke sets his sights on the innocent daughter of one of his underlings, and then faces a bitter quest of revenge from the man who serves him.

This role provides Yu with a new challenge. “La Boheme’s Rodolfo and La Traviata’s Alfredo have been among my relent roles,” Yu said. “But Duke is totally different.”

The Duke’s malevolence is part of the appeal of this new exploration. “He enjoys his life of pleasure with as many women as possible,” Yu said. “I’m looking forward to what kind of experience it will be.”

Yu has thrown himself into the role, almost to the upset of his family. “One day, I was practicing in the mirror to get closer with Duke, how his looks despise everything, and cynicism,” Yu said. “Then I found my son stood behind.”

This was a challenging moment for Yu. “He is just two and his face was full of doubts, like, ‘who are you?’” Yu said. “’Are you Dad? Where is my Dad?’”

Yu has come a long distance from his earliest foray into opera. “In 2013, I participated in an international vocal competition in Beijing which was my first vocal competition,” he said. “As a winner, at that time it really encouraged me to believe I can sing.”

This award jump-started Yu’s career. “The theatre manager of National Center Performance of Arts offered me my first contract, Norma,” he said. “After the rehearsal and performance of the entire production, I completely fell in love with opera.”

Yu would have missed out on this opportunity, if not for a friend’s support. “In the beginning, I was trained as a shot-putter and sprinter,” Yu said, “until one day my friend who was learning Bel Canto told me you have such a big voice, why not try to sing?”

Now, Yu jokes at the irony of how his career has changed. “Honestly at that time his training seemed much easier than [mine], so I agreed,” Yu said. “But now I know this is not easy at all. I think I was cheated.”

Now based in Houston, Rigoletto will be Yu’s Seattle debut. He shares some words of encouragement for aspiring opera performers: “Endure loveliness, enjoy loveliness,” he said, “do not give up.”