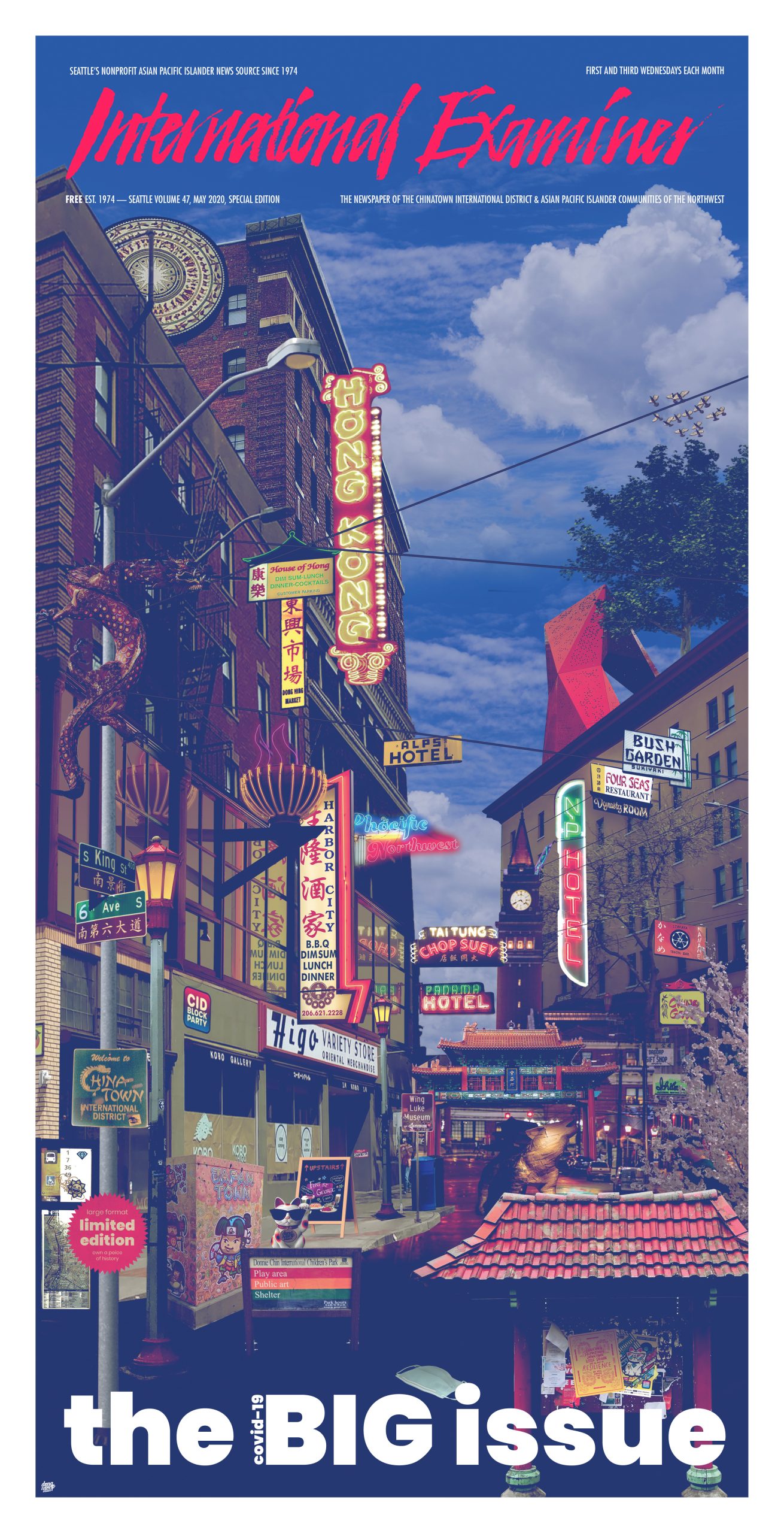 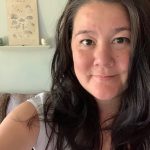 When Governor Inslee announced his stay-at-home directive to encourage social distancing and flattening the COVID-19 curve, the International Examiner decided that for perhaps the first time in its 47-year history, we wouldn’t print our two issues in April, and then this became the case in May as well. And, well, we’ll see about June. 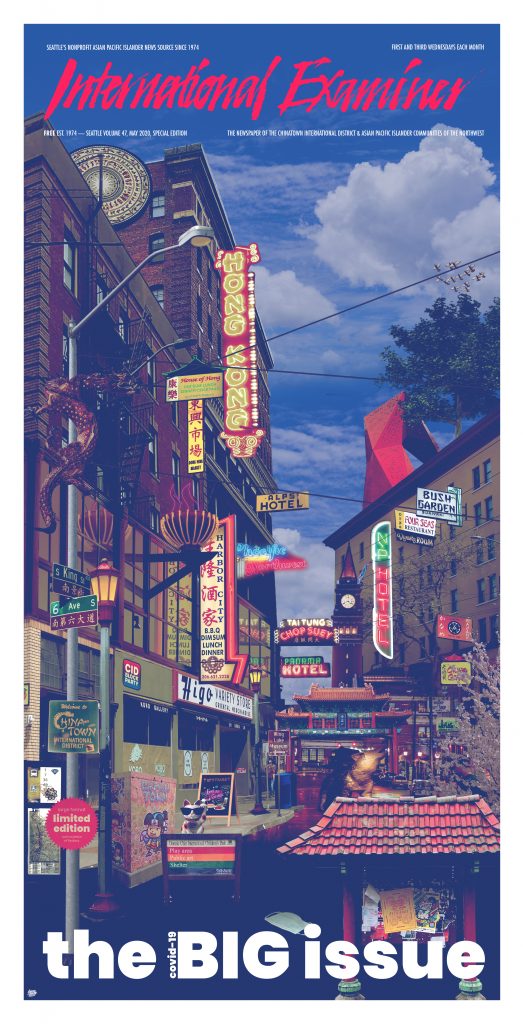 Chinatown-International District (CID) as a whole has been hit hard by COVID-19. Businesses and restaurants felt business drop back in February around the time of Lunar New Year due to xenophobic and racist-based ideas regarding Asians and Asian Americans. The president continued to refer to the coronavirus as the “Chinese virus”, and hate crimes across the country rose. Asians became scared to leave their homes. A white nationalist organization showed up in the CID and stickered the neighborhood with its propaganda. As weeks passed and became months, the streets of the CID — usually bustling with spring activity and buskers and games in Hing Hay Park — stayed empty. On top of this, the IE was primed to lose nearly all of its ad revenue for at least a few months — for now, we still don’t know how long the fall out will last. I was talking to a journalist colleague at a daily paper, and he said it was the recession all over again, but packed into eight weeks.

All this is to say that as a community-based newspaper with a nearly 50-year history in the CID, the amount of coverage that was important to produce at this time felt all at once overwhelming — and mentally and emotionally draining.

It really didn’t take long, though, for the stories to begin shifting into those of resilience, helping one another out, adapting to crisis and caring for one another. For a neighborhood that has again and again faced crises and found ways to rebuild and stay intact — from the Chinese Exclusion Act to Japanese American incarceration to Interstate 5 cutting the community in half to the Kingdome being built right next door to ongoing threats of displacement — this shift into survival and solutions mode seemed so natural.

Restaurants adapted by shifting to to-go and pick-up orders. Three community organizations — SCIDpda, CIDBIA and Friends of Little Saigon — created a source of funds to grant to small businesses and restaurants to help them keep their doors open. A few friends created a Facebook page to promote supporting CID businesses (particularly restaurants) and it expanded to 10,000 followers in a matter of days and now has nearly twice that. ICHS offered drive-through COVID-19 testing. ACRS shifted its food bank services to a different location and served even more people than they had been doing. InterIm CDA staffer Henry Liu began organizing food drives, starting with delivering groceries in the CID to around 80 families and eventually delivering to nearly 1,000 homes on an ongoing basis and raising $10,000 to continue these efforts. The Khmer community held new year celebrations which occur throughout April online. And APACE stepped forward to help cover the cost of printing this special issue — so we could share these stories.

These are very important stories to tell, and they are important to document and remember — and to celebrate. These are the ones we want to hold onto and learn from. They are all online, but at the IE, it’s our hope the readers who receive this paper by supporting the IE will hold onto it as a piece of history, another moment in time of resilience and goodwill and community strength in the CID’s lifetime. As artist Monyee Chau’s piece printed as the back cover of this special issue says, “Chinatown, Japantown, Filipinotown, Little Saigon were all built on resilience. We will survive this, too.”

We thank you for your support, for being a reader, and for caring about these stories.

Jill Hyesun Wasberg
Editor in Chief of the International Examiner

THE BIG ISSUE was made possible by a sponsorship from Asian and Pacific Islander Americans for Civic Engagement (APACE) and a grant from 4Culture. 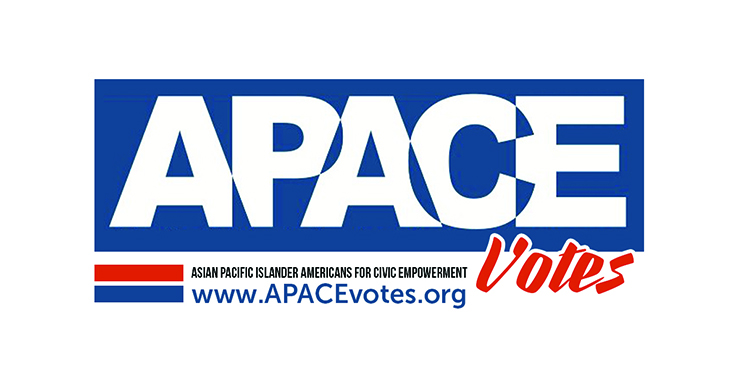 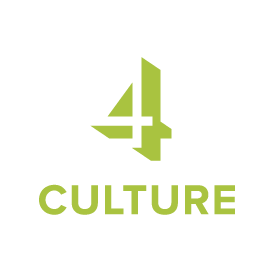