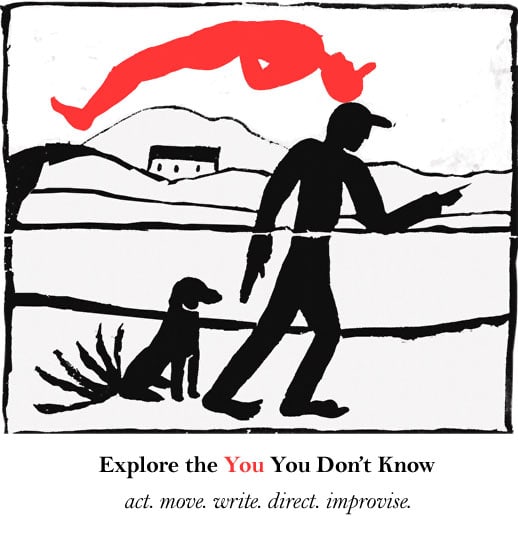 As you’re walking through the International District this winter, expect to see a familiar staple of Seattle’s theatre scene.

The Freehold Theatre, currently located in Belltown, is relocating to the neighborhood, at 515 Maynard Avenue South. Having started in 1991, this fall marks its 25th anniversary. With so much history behind the program, the theatre can expect to forge new accomplishments and memories with its move.

As their current building is slated for redevelopment, the Freehold Theatre hopes to accomplish many things with the new space they’ve sought out in the International District and join the neighborhood art scene

The new building is close to many other art organizations that make the International District its home.

“We’re close with Theatre Off Jackson, and just getting to know the Wing Luke Museum,” said Freehold Theatre managing director Zoey Cauley. “[The ID]  has a rich history of arts programming, back from the jazz scene and the Nippon Kan Theatre, and some of the current residents.”

The theatre aims to reflect the local community—it chose the International District’s jazz scene as the subject of a play the theatre put on last year—and provides many services for performing arts.

One program is its “theatre lab,” a training space where theatre is practiced in exploratory ways. Whether that’s through collaborations between all kinds of artists, or giving new artists a platform to inspire with fresh ideas, it aims to test the limits of what theatre can do. The long running Engaged Theatre project, for example, has taken theatre beyond its usual platform to places like correctional centers.

The Freehold Theatre is also an acting studio, offering a diverse range of drama classes. Classes range from beginning to more advanced instruction, and students of all expertise levels come to the Freehold Theatre to hone their talents. Practicing playwrights can also take classes to improve their craft.

Expanded services and a continued presence in the Seattle drama scene have helped the theatre stay true to its mission of serving the community. From its former beginnings in Capitol Hill to Belltown, the community fostered through this project has stayed consistent in celebrating and promoting performance art.

Along with the rich art history, the neighborhood’s public transportation was a draw for the theatre.

“One of the things that was really important to us was that we were in an accessible location,” Cauley said.

Students travel from all over King County (and further) to come to the theatre. From its proximity to the many bus lines, the light rail, the ferry, I-5, and I-90, the new location can attract even more performers, according to Freehold Theatre.

Since classes are typically held in the evening, it benefits from being close to other businesses that operate late at night. With this move, the Freehold Theatre is hoping to make the International District its permanent home. With the signing of a 10-year lease and a space that is nearly twice the size of the current one, current prospects are looking bright.

Cauley describes the current theatre scene in the city as “really exciting,” with a “lot of new work coming out of Seattle.” The bigger size of the new building not only helps the Freehold Theatre in hosting their own programs, but gives other theatre companies a better opportunity to rent that space from them, whether they use the space for rehearsal time, classes, or performances. It will share building space with the Purple Dot Café.

The Freehold Theatre is, as Cauley puts it, “at the nexus of that [theatre] scene.” The faculty all have countless experience in the field, and are involved in productions around town. Many actors and students alike have been a part of the project. This winter, they can expect the community in this neighborhood to welcome them with open arms.