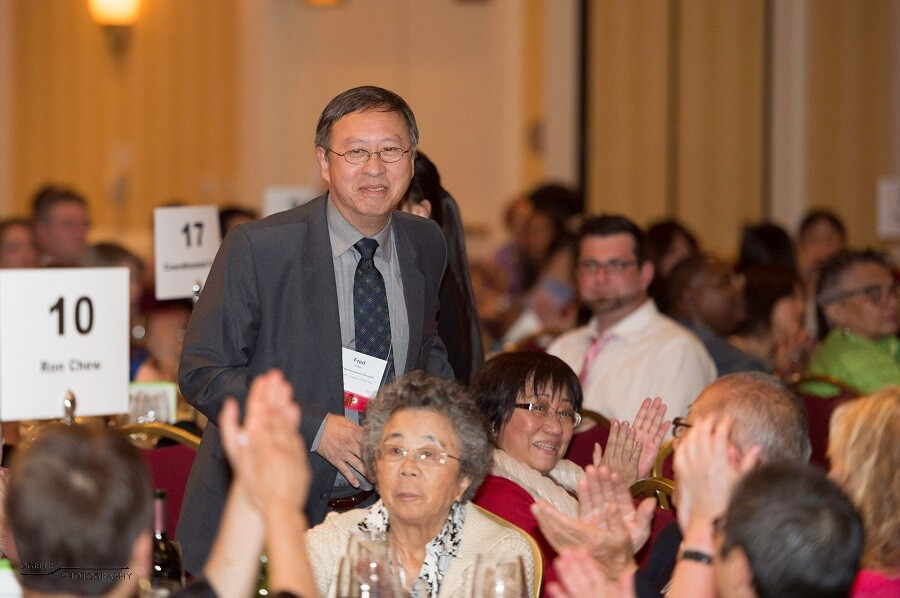 Fred Yee, former executive director and long-time board member of Kin On Health Care Center, passed away at his Bellevue home early Tuesday morning, August 7, 2018, after an apparent heart attack. He was 67.

His death came as a shock and a cause of deep grief to the many community allies and non-profit partners he had worked with in Seattle over the past four decades.

Yee was executive director of Kin On from 1988 to 1991, but he remained very active as a board member and chair after he relinquished that position to Sam Wan. Since his retirement, Yee has served on the planning committee for an ambitious partnership between International Community Health Services (ICHS) and Kin On to build a comprehensive health care and social service program for nursing home-eligible seniors on Beacon Hill in 2021.

“Fred’s passing is a very sad moment for many of us who’ve had the privilege of knowing and working with Fred,” said ICHS Foundation Director Ron Chew. “His bubbly upbeat attitude, unlimited passion for the community and commitment to serving the underserved were his greatest gifts. He was a wonderful role model and cherished friend. He was the most unpretentious person I’ve ever met. I will miss his warm smile and laughter.”

Chew noted that ICHS presented the Bamboo Health Award to Yee in 2012 in recognition of his leadership in improving access to health services for Asians and Pacific Islanders in Washington state. Thanks to Yee’s tireless volunteer efforts, Kin On opened as the first bilingual Chinese nursing home in the Pacific Northwest in 1987.

Yee, a Hong Kong native, came to Seattle in 1969 at age 18 to pursue his education at Seattle University, joining his father George Yee, a partner in the Wah Young Company, a pioneer business in the International District. Yee’s mother died when Fred was 16.

Yee and his first wife Amy Wong helped establish the Chinese Information and Service Center in 1972. Wong died of cancer in 2000, leaving Yee with the responsibility of being a single parent to his daughter Andrea and son Alex. He married his second wife Clara in 2004.

In recent years, Yee had been a leader of the Seattle branch of the Yee Fung Toy Family Association. Yee had also volunteered at the Wing Luke Museum, allowing him to indulge his deep interest in genealogy and early Asian American history.

Kin On CEO Nigel Lo said he met with Yee every week since he joined Kin On in 2018. After his retirement, Yee regularly came to Kin On to play ping-pong.

“Fred was a tireless advocate since day one,” Lo said. “Fred made Kin On his second home. He was my trusted mentor and personal inspiration. He provided me with advice and guidance for the future of Kin On while he continued to bring us a positive can-do spirit. His decades of experience, passion, and dedication to serving our AAPI community was truly inspirational.”

Wing Luke Museum deputy executive director Cassie Chinn added, “Words can’t adequately capture all that we will miss with Fred’s passing. He joined many of our museum committees, working behind-the-scenes to create exhibits with other community members. I loved seeing him in meetings. There was a spark he had when he was sharing a story from his life and learning about other people’s experiences. He was especially passionate about remembering the pioneers who went before us.”

She noted that Yee shared the story of his father and family—six generations of Yees in the United States—on the following website: https://yourstory.tenement.org/partners/wing-luke).

A Celebration of Life will be held for Yee on August 25 from 10:00 AM to noon at Holy Trinity Lutheran Church, 8501SE 40th St. in Mercer Island.  In lieu of flowers, memorial donations can be made to Kin On Health Care Center, Chinese Information and Service Center or the Yee Fung Toy Family Association.