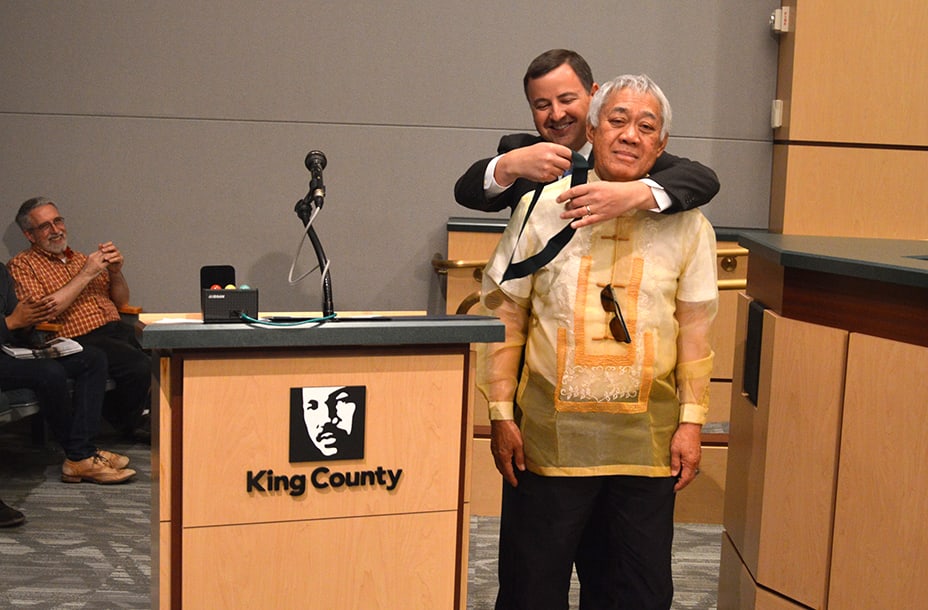 On May 22, long time activist and community leader Frank Irigon was presented the Martin Luther King, Jr. Medal of Distinguished Service by the King County Council that honors people who have improved the lives of communities in King County. At the beginning of his brief speech at the podium, Irigon said he was proud to have served in jail in 1980 in the very same building—the same place where Gordon Hirabayashi was jailed in 1942 for resisting the forced incarceration of Japanese citizens after World War II (and who in May this year, was honored by a plaque in the King County Courthouse).

In 1980, Irigon was arrested and jailed for protesting what he saw as a racist admissions policy by the UW—but his career in social activism spans both before and afterwards. Born in the Philippines and brought to Washington at a young age, Irigon served in the military and used the GI Bill to attend college, eventually earning BA and MSW degrees from the University of Washington. At the UW, Irigon was the first Asian American student to serve on the UW student government (ASUW). While a student activist in the early 1970s, he advocated for the CID community and API issues, including demonstrating for low-income housing in the neighborhood, against the Vietnam war and against the construction of the Kingdome in the neighborhood, among other issues.

In a 2013 column in the International Examiner, Irigon wrote: “I was radicalized by the idealism of the Kennedy brothers, fueled by the anger of students against the Establishment.”

Irigon co-founded and frequently wrote for the Asian Family Affair newspaper during its 14-year run. He recently served as executive director of Washington Asian Pacific Islander Families Against Substance Abuse.

Around 60 people filled the council chambers to honor Irigon and other recipients of the  Martin Luther King, Jr. Medal. Councilmember Rod Dembowski, who represents Council District 1, introduced Irigon and presented him with the award.

“There are few more deserving of this honor than Frank, known to many as Uncle Frank,” Dembowski said. “He is a tireless advocate, a humble agitator, who is quick to raise his voice to call out injustice. While Frank is well known in the Asian Pacific Islander American community for his work, many King County residents have been positively impacted by his constant diligence in protecting our civil rights.”

In a brief speech, Irigon addressed the current political climate and what it means for his 40 years of activism.

“I am a U.S. citizen and served our country honorably in the U.S. Army from 1965 to 1968,” he said. “But all of this means nothing in today’s political climate, where I can be stopped because of the color of my skin or my last name.”

Irigon urged people to keep in mind the words of Pope Francis, who while speaking about the crisis of migrants and refugees said: “We cannot lose our sense of fraternal responsibility. The defense of human beings knows no barriers. We are all united in wanting to ensure a dignified life for every man, woman and child who is forced to abandon his or her own land.” 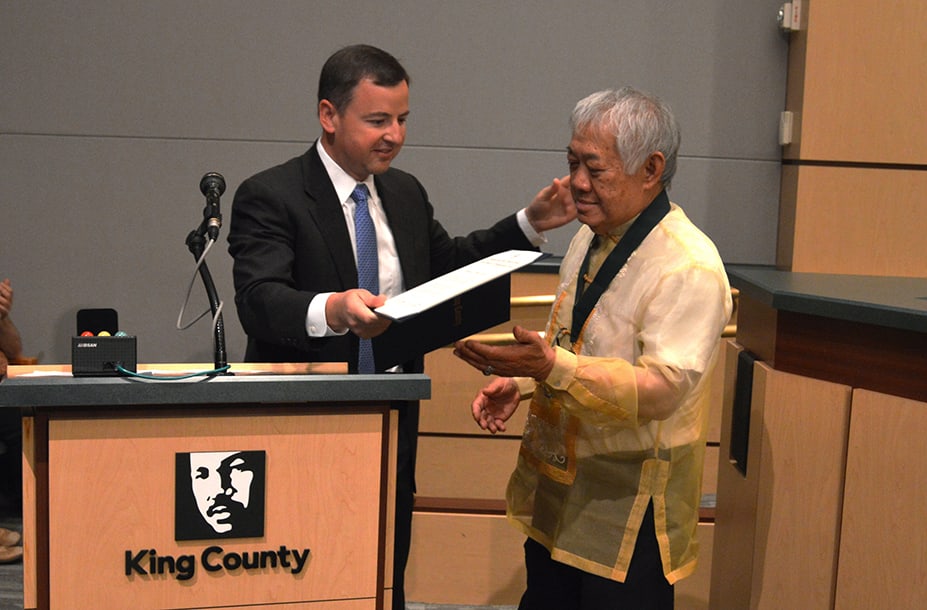