He’ll have his hands full, managing a rapidly expanding dental program at ICHS. With the rebound in the economy during the past two years and the restoration of Medicaid coverage for adult dental patients under the Affordable Care Act, ICHS has ramped up its dental operation.

Count ‘em. In less than two years, ICHS dental capacity will have grown from 14 to 41 dental chairs. Renovation of the Holly Park clinic bumped the number of chairs from six to eight. The Seattle World School clinic has one chair. The new mobile dental clinic added two. The new Bellevue clinic opened in May with eight chairs. Just last month, the ID clinic expanded from eight to 12. And next month, the Shoreline clinic will open with 10 dental operatories.

This is welcome news for the API community and the other diverse groups ICHS serves. Low-income minority and non-English-speaking populations have the highest levels of untreated decay and dental disease in the state.

“The need is great,” said ICHS CEO Teresita Batayola. “We see some pretty awful cases. A lot of toddlers with baby bottle tooth decay come to us with rotted teeth. At our Seattle World School clinic, we’ve treated immigrants who have had cavities in nearly every single tooth and severe gum disease.”

Choi doesn’t seem fazed by the responsibilities of a surging ICHS shop. Those who work with him describe him as unfailingly cheery and optimistic. By day, he uses his nimble, strong hands to work on ailing teeth and gums. By night, he uses those same hands to play soothing melodies on the piano to relax.

“It brings out so many emotions,” Choi said.

Choi is most passionate about the music of Chopin and the European Romantic era. His favorite compositions are Fantaiisie Impromptu and the Nocturnes. He makes a connection between his love of music and his love of dentistry.

“The manual dexterity you acquire from piano playing definitely helps in being a dentist,” he said. “There are three parts to dentistry. The first part is scientific—it’s medicine. The second part is artistic—it involves beauty, molding and shaping in a way that’s aesthetically pleasing. The third part is the business side.”

Serving as ICHS dental director has been quite a step up for Choi, who immigrated with his family as a 10-year-old from Seoul, Korea. He grew up in Richland, Washington.

His first encounter with ICHS was in the early 1990s, when, as a high school student, he came to Seattle to volunteer.

“I worked as an interpreter for Korean patients and helped organize pamphlets,” Choi said. “Back then, ICHS was known as the ID clinic. It was located in a tiny building on Maynard Avenue. That experience always stuck with me and that’s why I returned years later.”

Choi has been described as an intrepid champion of ICHS.

“He’s always very positive and upbeat, even under very demanding conditions,” Batayola said. “His approach is always to think, ‘How can we do this? How can we make this work for the benefit of our patients?’ And his productivity is amazing.”

“His brain is working constantly,” Tran added. “Even when there are limited resources, he aims high. He’s a great motivator and leader.”

Choi said his adaptability and persistence were useful survival traits as a child in Eastern Washington.

“I started school there in the 4th grade,” Choi recalled. “My brother and I didn’t speak any English, so it took about six months to adjust. This was in the early ’80s. I would say 99.9 percent of the people we interacted with were Caucasian. They had never seen a Korean before.”

Choi said he faced discrimination on a daily basis.

“I would always be asked, ‘Where are you from? Why are your eyes like that? Can you see with eyes like that?’ There was a lot of name-calling, the usual kid stuff. I had 20 million different nicknames—monchhichi, peanut butter cup, things like that. The students probably thought they were just having fun, but things like this still stay with you many years later in some corner of your mind and heart.

“The turning point for me in the fourth grade was a tall bully kid picking on me. I had had enough. I pulled out my fist and struck him on the chin. After that happened, everything changed and he never picked on me again. In fact, later, we became friends and I played baseball with him. You can only take so much teasing before you have to stand up for yourself and fight back. They respect you more after that. Eventually, as I began to understand more English and participated in the Boy Scouts, I got to know more people and gather more friends.”

Choi has always preferred using his hands for more creative tasks than punching bullies. At six, he began piano lessons.

“On my mother’s side, there are composers and conductors so I’ve had the benefit of that musical influence,” Choi said.

Choi has not participated in any public performances since college. He used to perform at hospitals and senior centers. He also performed in two concerts with the Mid-Columbia Symphony in the Tri Cities.

Choi said his love of the piano is what first led him to consider moving out of state to pursue his aspirations in higher education.

“I was at a piano performance when a recruiter from Oberlin came and sat next to my parents,” Choi said. “This person said that Oberlin had a great science and music program so I applied in my senior year.”

Choi attended Oberlin and the University of Michigan. He then worked briefly in Philadelphia, Pennsylvania as well as Dansville, New York before returning to the West Coast with his family to escape the brutally cold winters and scorching hot summers on the East Coast, Choi said.

Since his return to ICHS, he has helped steer the agency’s dental department safely through severe government cutbacks and into a resurgent new phase that has included the start-up of the mobile dental clinic, the expansion of the dental wing of the International District and Holly Park clinics, and the opening of dental services at the new ICHS Bellevue clinic.

Choi proposed the mobile dental clinic when ICHS was struggling with public funding reductions and looking for new program initiatives to generate support.

“The mobile dental clinic was [Choi]’s baby,” Batayola said. “That was his idea and he worked hard to secure funding to make that dream a reality.”

“Hopefully, as the economy starts to get better, we’ll be able to expand this,” Choi said. “We know the need is there.”

Choi said he’s eagerly looking forward to working in Shoreline. He’ll still be spending two days a week at the ID clinic handling administrative work, but will be doing all his clinical work in Shoreline.

The $18.7 million Shoreline clinic, designed by Miller Hayashi Architects, is a four-story brick-clad structure with huge windows, bringing natural light throughout the building. Eight of the 10 dental operatories on the second floor have windows. The dental check-in and reception area is spacious and will feature a changing art gallery. This is a far cry from the modest storefront where Choi volunteered so many years ago.

Choi says he’s looking forward to the move. “It’s closer to my house,” he said. “It cuts my commute by a third. Also, lots of the Korean-speaking patients I serve come from the north end. I have patients in places like Bellingham, Everett, Monroe, Lynnwood. They keep asking, ‘When are you moving up there?’ For us, the idea is that in serving patients, you go to where they are, and not just expect them to come to you.”

Since his elevation into a leadership role at ICHS, Choi said he’s begun to fully appreciate the organization’s impact beyond the day-to-day service to individual patients.

“ICHS is an advocate for the community, supporting human rights and improving the quality of life for low-income residents and immigrants,” he said. “It’s recognized not just in the community, but also by the city, the state, and the nation. That’s quite an achievement.”

Regardless of how his busy day goes, Choi comes home to the relaxing comfort of a waiting piano and his family. But some days, he doesn’t have much solo time at the piano. “If my kids are there, I might play a few notes and they come over and squeeze me out in five minutes,” he said.

Choi said that his two oldest children take piano lessons and that his youngest will soon start.

“Though I may not have the keyboard time I desire, I take much pleasure in listening to my children play,” Choi said. “The beautiful notes written so long ago interpreted in their hands remind me once again that music and science continues to grow and evolve from one generation to another, paving the way for enjoyment and benefit of many.”

Disclosure: Ron Chew is International Examiner board advisor and the director of the ICHS Foundation. 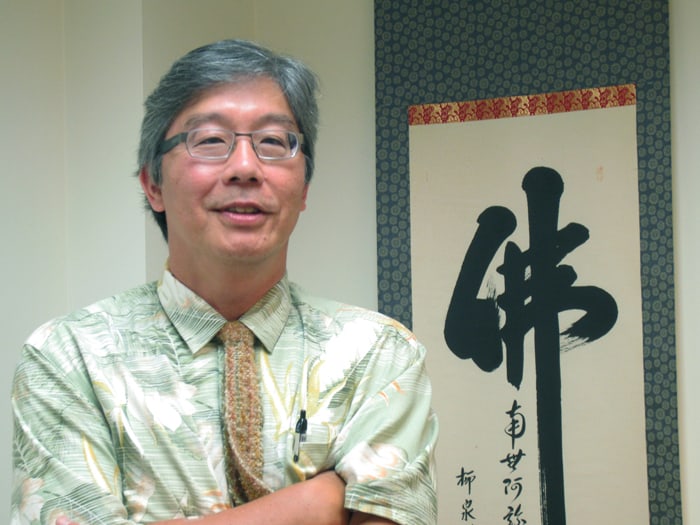 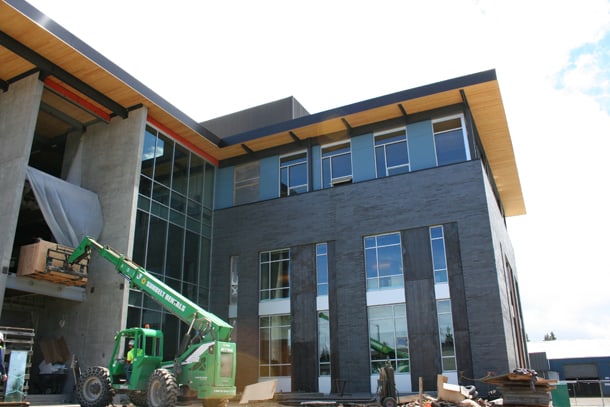