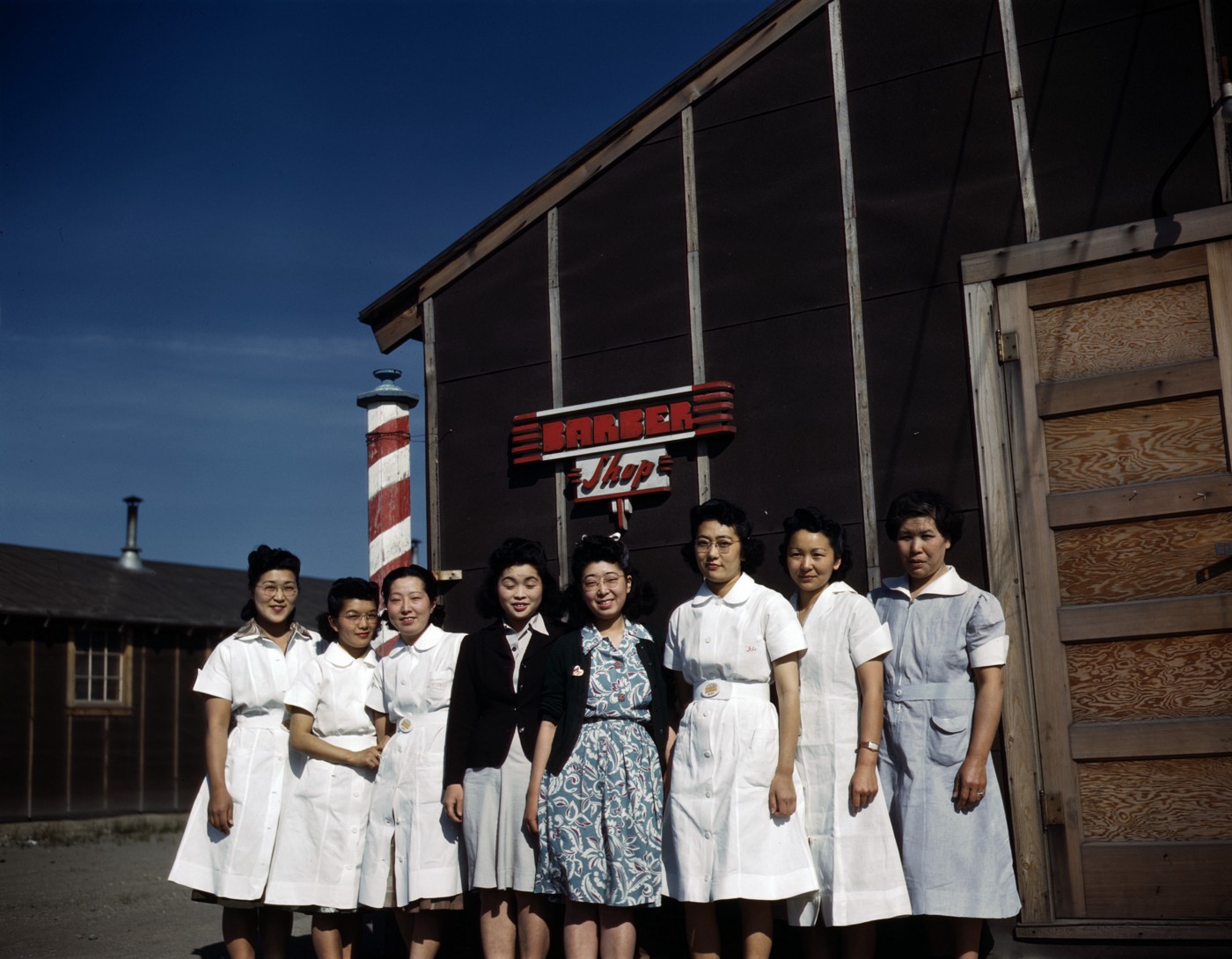 Reading the following 23-year-old article from September 7, 1994, I had written for the International Examiner (sent to me by Fumiko Hayashida’s daughter Natalie) reminded me that I have been pushing for the caring, take-only-what-we-need-culture, rather than the take-all-I-can-get (damn everybody else) culture, for the last two-decades; and that it was very simple: Women of color have been acting and theorizing about how we should proceed. We should be listening to what they are saying and working with them. They have carried the ball. They are the best to lead and continue the struggle when the going gets tough.

“What did you say?” Dad demanded. He had just missed a large part of our dinner conversation. Sometimes, it was because his English comprehension, which was in general very good, would fail him. But recently, I had noticed that he was missing more. “Looks like time to get a hearing aid,” I had said. I hadn’t expected his response, but he was somewhat defensive about things like that, perhaps because he felt that there was no way he could afford a hearing aid, perhaps because he was just a little vain and felt that he was a little too young for that sort of thing.

Whatever his reasons, I had pressed some wrong buttons. I felt threatened. By him. And by my nesan (older sister) Toki. Toki had this way of controlling events at the dinner table. Whenever I got out of line, I would suddenly feel my leg or foot pinched by Toki’s toes. Pincers. Crab-like. And now, I could feel her toes and her dreaded stink eye, which said, “You’re asking for it. Stop right now.”

I purposely did not look her way, and said very softly in order to prove my point: “You need a hearing aid.” The pressure on my toes increased noticeably.

“WHAT DID YOU SAY?” he countered with a voice which shook the termite-infested walls of our house.

I glanced quickly at my sister, saw her warning shot, felt more pressure on my foot, but decided to ignore her. “You just proved my point,” I told my dad quietly.

Whereupon he stood up and yelled, “WHO THE HELL YOU THINK YOU ARE? START GOING TO JUNIOR HIGH AND YOU THINK YOU KNOW EVERYTHING?” Then he got up and stomped out of the dining room.

I felt crushed, stupid, and hurt. All I did, I rationalized to myself, was tell him something he needed to hear. But before I had a chance to lick my wounds, Toki started in, not only increasing the pressure of her pincer toes, but also dishing out her own brand of verbal abuse, which ended with a very strong, “Now you go and apologize to him.” I didn’t dare disobey her.

I swallowed what little pride I could salvage and apologized to dad for my rude behavior. He graciously accepted my apologies, then said very sternly, “Next time, just talk louder … and mind your nesan.” Like he knew what was happening under the table.

I was home from school one day, laid up with an asthma attack, trying desperately to breathe. Mom was with me, gently rubbing my back, singing. My brother’s cocker spaniel, named Ronnie Hansen Shimabukuro after the Baltimore Oriole shortstop, lay just off the futon as close as he could get to us without being shooed off, when we heard a car drive up.

Mom stopped singing, got up, peeked out the window and came back quietly, gently petted Ronnie, and sat down next to me again. “Electric man,” she said softly. “Shhh,” she admonished Ronnie.

The bill collector pounded on the door. “Anybody home?” he asked loudly. Ronnie got up, growled softly, looked at mom, who again wanted him to be quiet with what we kids termed the old “stink eye,” then calmly went back to his spot, stretched out and carefully watched my mom with his inquisitive eyes.

After about five minutes of absolute stillness inside the house and a racket outside our front door, the “electric man” left. “Good dog! What a good dog, I guess you can stay in the house today,” sighed Mom with relief as she went to the door to pick up the all-too-familiar termination-of-service notice.

“Well, at least we gained another 24 hours by sitting still…and tomorrow’s payday,” she said laughing softly.

Sometimes we tend to minimize the influences of the “ordinary” women in our lives. Not so the exhibit, Strength and Diversity: Japanese American Women 1885-1990, which does include some “well-known” JA women, but focuses on the “ordinary” ones. We all know these women, even though we may not know them by name. They are our grandmothers, mothers, sisters, daughters, and granddaughters. And they have a common experience. Of coming of age in [incarceration] camps. Of extreme poverty, hardship, and hard work. Of keeping families together. Of celebrating achievements no one dreamed possible 50 years ago.

This exhibit was put together by the National Japanese American Historical Society and Oakland Museum five years ago. It’s not a travelling exhibition circulated through the Smithsonian Institution Traveling Exhibition Service and it’s opening in Seattle September 21, running until December 4.

Seattle Japanese American women have been working on the local component of this exhibit, so there will be even more connection to this travelling exhibit than most. Of course, the feature photo of this exhibit is the well-known one of Fumi Hayashida (now living on Beacon Hill) carrying her daughter, as they were being forced out of Bainbridge Island in 1942.